Shopping
We’ve mostly been cooking for ourselves and have been getting our food from markets and supermarkets probably about 50/50. The supermarkets are similar to the kind that you find in town centres in the UK – reasonably sized, but not huge, they generally have a deli counter, meat counter and fresh bread/pastries/cakes as well as the usual shelves and fridges of packaged stuff. 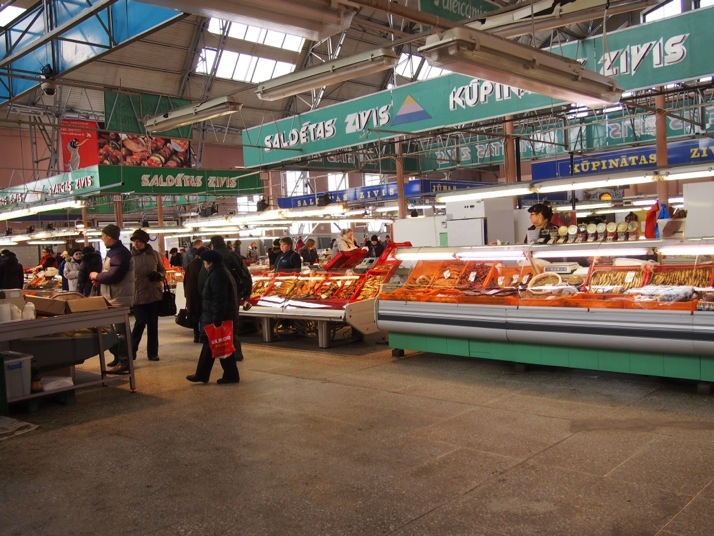 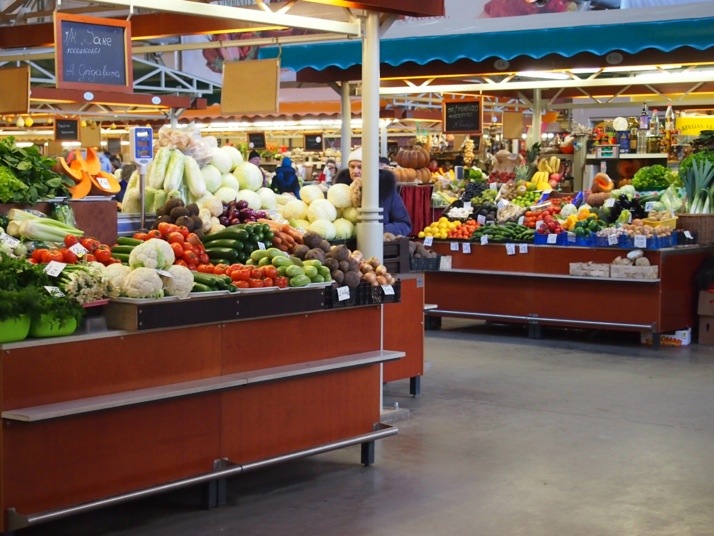 Fruit and veg at Riga market 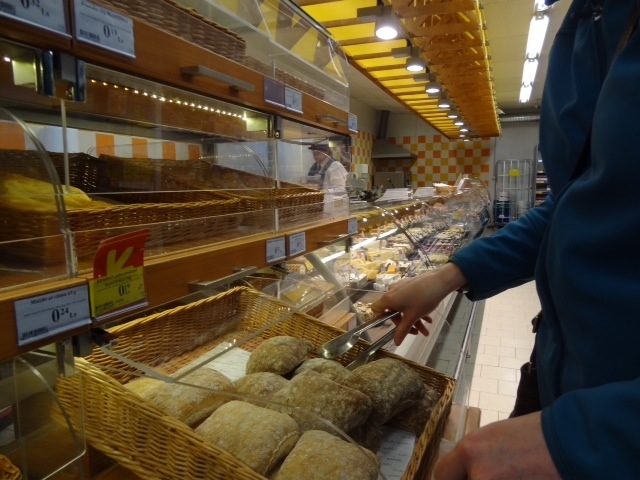 Buying bread at the supermarket in Sigulda 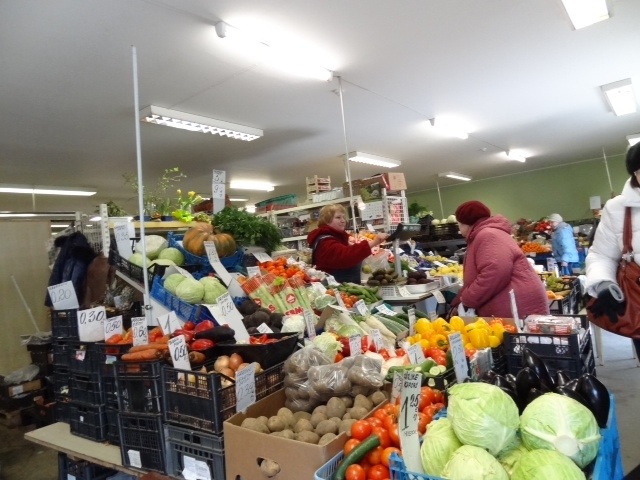 The Russian market in Tallinn

Meat
Pork seems to be the meat of choice in the Baltics. On our first night in Riga I had a really good pork and onion casserole, but there are lots of sausages, salamis and hams too. Pork is so popular that outside the covered market in Tartu there is a statue of a pig marked up with its butcher’s cuts! 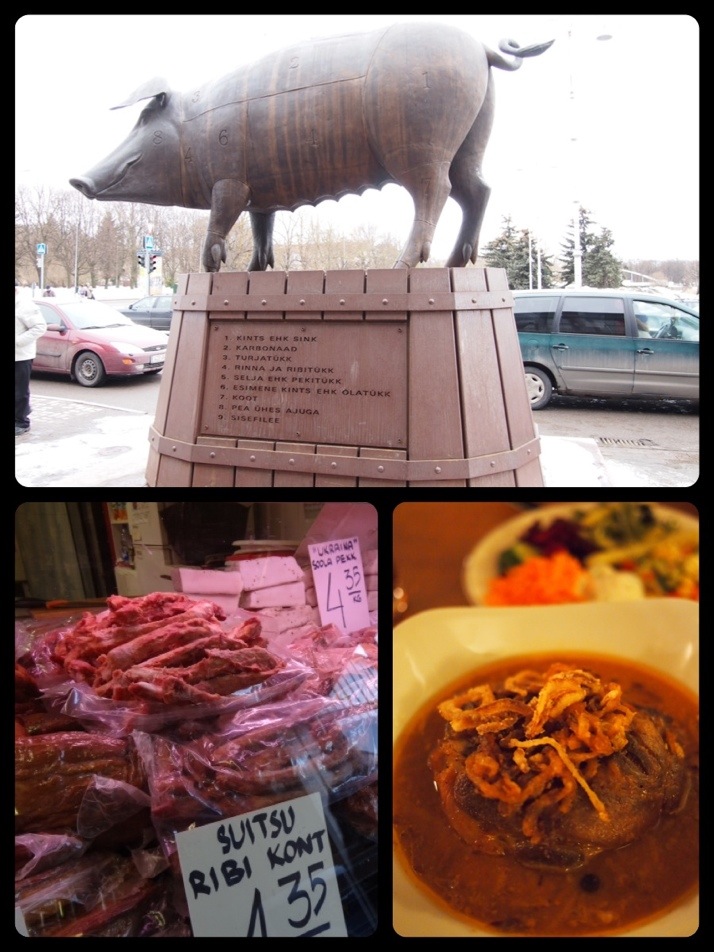 Fish
Lots of smoked fish in the markets – mostly salmon and herring (I think). Fresh fish are sold with heads intact (the smaller ones by the scoopful). We haven’t seen much in the way of shellfish, but there has been quite a lot of caviar, or other fish roe – something I’m expecting even more of as we move into Russia. In Tallinn, we also had salted herring which was delicious – something like very good sushi but served with rye bread! 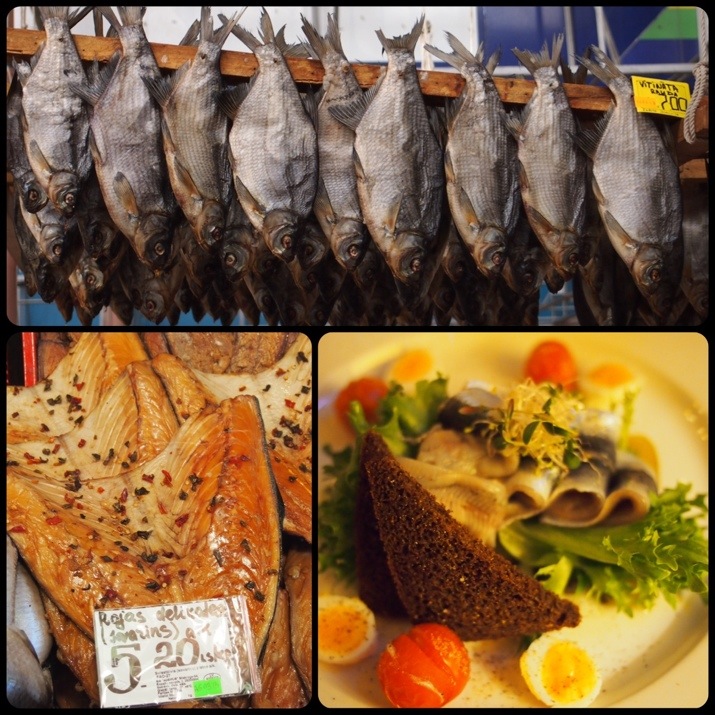 Carbs
The first time we bought a loaf of bread in Latvia it had caraway seeds in it. Mmm interesting, we thought, but let’s try to get a plain one next time. It didn’t seem to matter whether the bread was from the market, or sliced from the supermarket, brown or white, they almost all seemed to have caraway seeds. In Estonia, there’s lots of rye bread, but with the exception of one loaf we managed to avoid the caraway seeds :)

Buckwheat is a staple carb in the Baltics (and Russia and other areas of Eastern Europe too I understand). We’re really liking it’s slightly nutty flavour and have used it as a side as well as in a pilaff with caramelised onions and mushrooms inspired by this recipe. And yes, Andrew did eat and enjoy the mushrooms! :) Fruit and Veggies
Seem to be pretty typical of northern Europe in winter – potatoes, roots and some excellent apples. Obviously you can get bananas, oranges and lettuce too they’re just more expensive.

A special mention goes to the pickles. Lots of gherkins (pickled cucumbers) and lots of pickled cabbage too, some of it quite plain and some highly spiced, almost like kimchi. 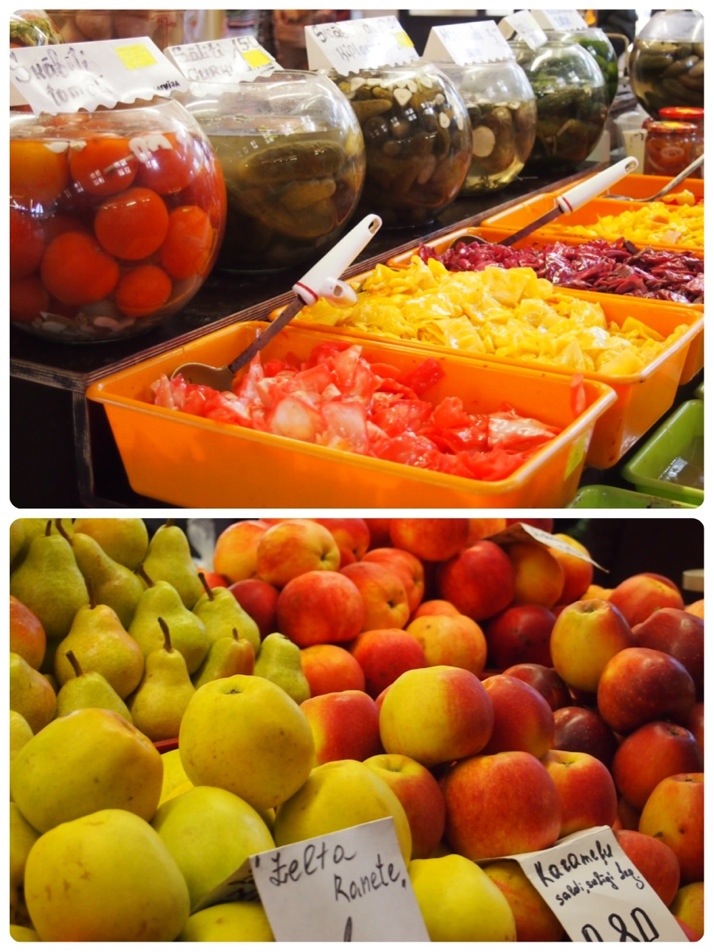 Sweet stuff
In the interests of research, we’ve also been checking out the region’s cakes :). We had some amazing apple strudel and chocolate cake on Easter Monday at the wonderful Mr. Biskvits cafe in Sigulda. 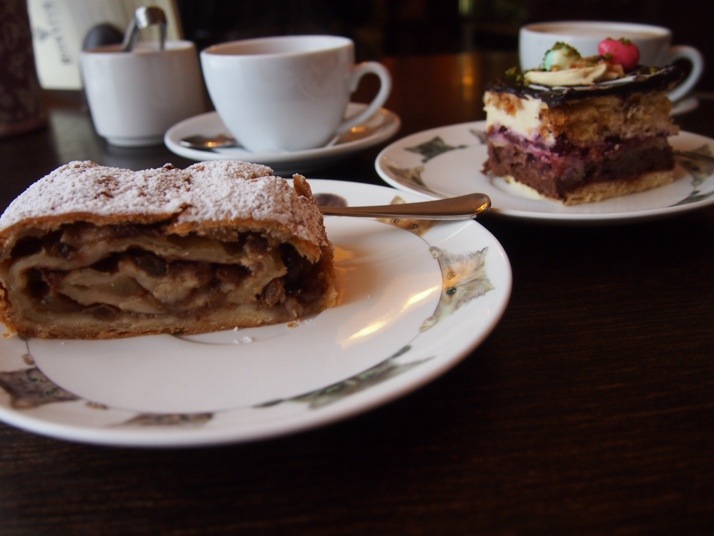 And Andrew found a real locals cafe in Tallinn which served Estonian doughnuts – not as sugary and made with a proper yeasty batter so they weren’t as uniform in shape or texture as commercial doughnuts. They were sold by weight, and at approx €0.25 each we had to have a second round! 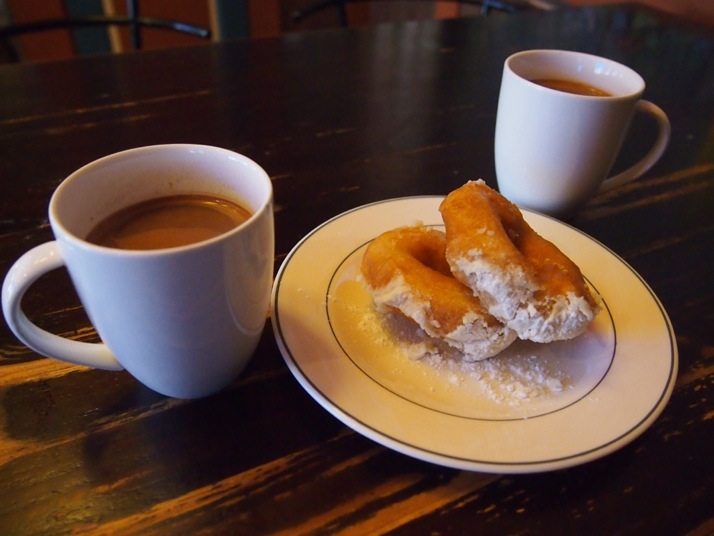 9 thoughts on “Food of the Baltics”