What photo takes you right back to Japan?

We were really looking forward to the food in Japan and it didn’t disappoint. The fresh seafood in particular was superb. 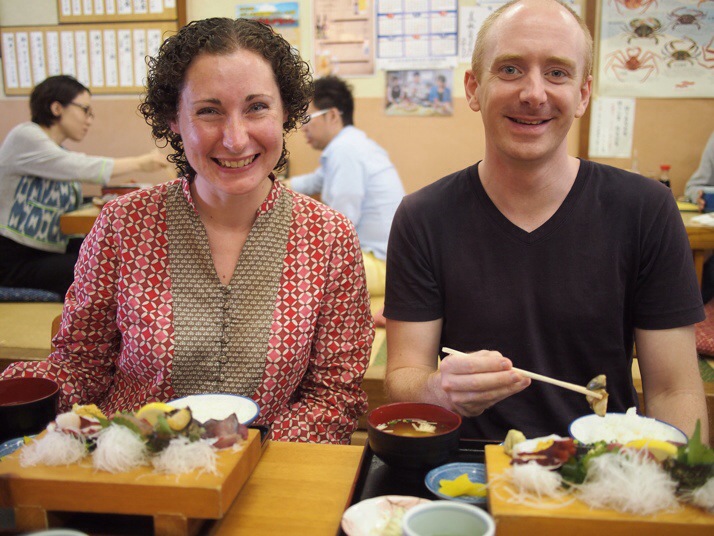 Eating sashimi for breakfast at the fish market in Kagoshima.

You really know you’re in Japan when…

…you’re looking at one of the top three “something” in Japan. I don’t know whether it’s a mixture of modesty (not wanting to declare themselves the best) and boastfulness (really thinking that they are the best) or a love of order that ranks everything into lists, but it seemed like every sight we visited was ranked in some way although it was rarely stated what order or what the other two were. The most memorable example that we saw was the Ohkonotaki Waterfall on Yakushima – ‘one of the top one hundred waterfalls in Japan’ – seriously, who compiled that list?!

What one item should you definitely pack when going to Japan?

Walking shoes. We were both surprised by how many outdoor activites we found in Japan and how accessible they are.

2 thoughts on “Japan Round Up”