Well, after 10 weeks and within 3 hours of the end of our visa we bade Russia a fond farewell. Our final night was spent with our friend Nadya, the seamstress, who invited us to join her birthday celebrations after we surprised her with cake in the morning. The party started with traditional Buryat food, continued with some vodka toasts and ended with us dancing until 3am! We’re sworn to secrecy about the amount of vodka consumed, but suffice to say we were feeling slightly the worse for wear this morning… 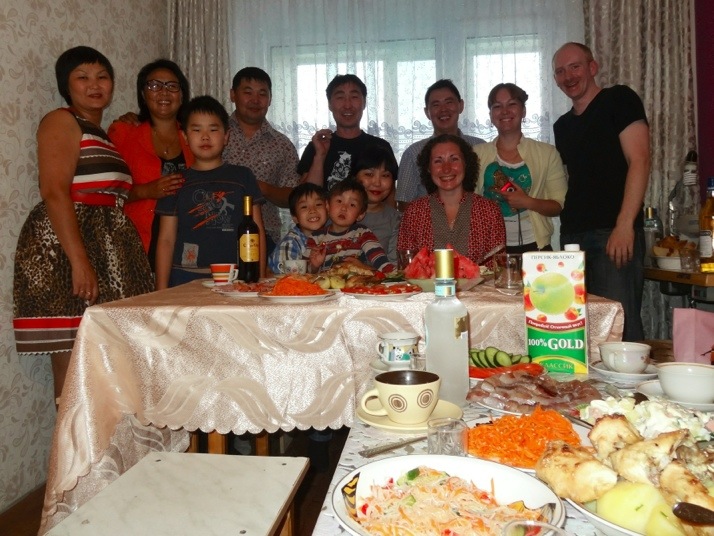 Nadya’s birthday party before the eating and drinking began

The journey from Ulan Ude to Ulaanbaatar is not particularly long (by the standards of these vast countries) but includes a lengthy and tedious stop at both border stations. Fortunately we were sharing our compartment with some friendly Mongolian students who helped us to while away the time by teaching us to play poker, and how to count to 6 in Mongolian. 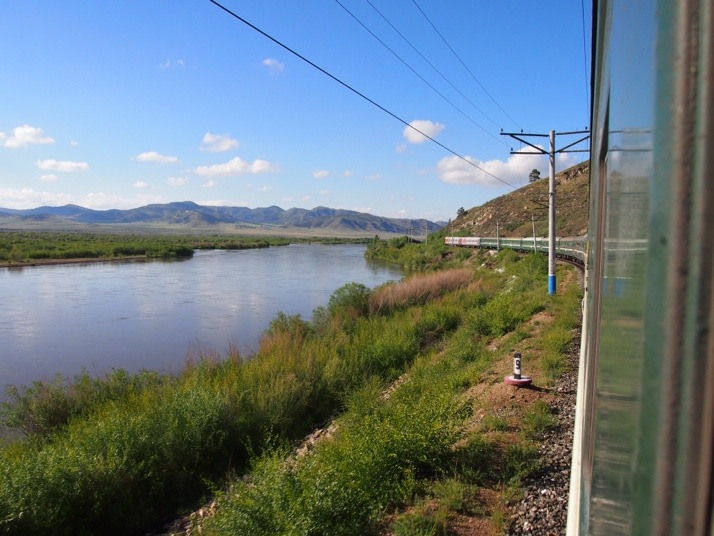 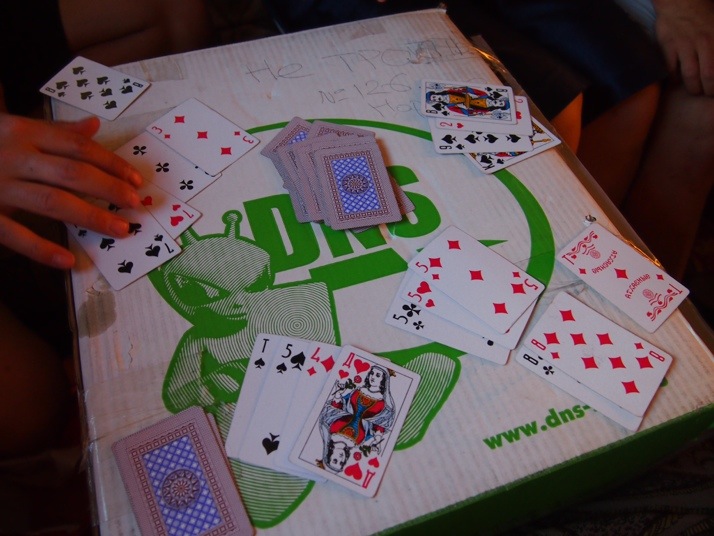 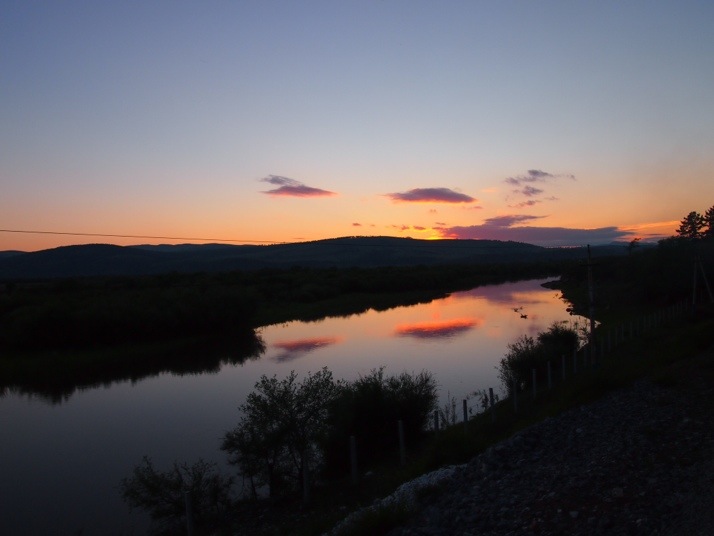 Sunset as we crossed the border

This morning we arrived in the Mongolian capital, Ulaanbaatar, to begin our exploration of the world’s least densely populated country with just over 3 million people (only slightly more than the population of Greater Manchester) spread over a country 3 times the size of France.