What photo takes you right back to China?

It has to be the Great Wall. It’s such an iconic sight but seeing it snaking off over the hilltops in both directions really was breathtaking. It was also the first day of Mum and Dad’s holiday with us and it was great to see China with them. 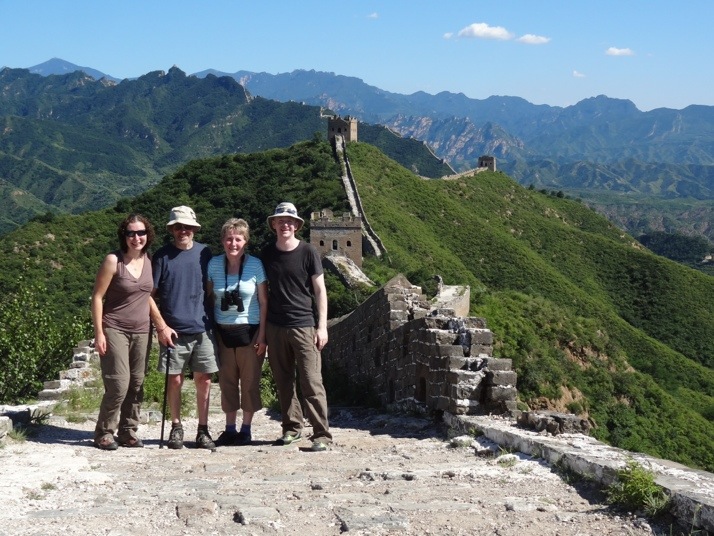 You really know you’re in China when…

…your feet are aching and you’re engulfed by a group of Chinese tourists all wearing the same coloured caps.

What one item should you definitely pack when going to China?

Your appetite! You’ll definitely want to practice your chopstick skills on the wide range of tasty foods available.