Matsumoto’s main claim to fame is its castle, the oldest wooden castle in Japan dating from around 1595 and one of only 12 remaining original castle structures (although there are many more which have been reconstructed). When we visited there were a group of volunteers offering tours of the castle in English and so we joined one of those with a Polish mother and daughter. We got a trainee and an expert guide for the four of us so the group to guide ratio was very good! The donjon tower which remains was solely for defensive purposes, unfortunately the palace where the lord would have lived burned down in 1727 and was never rebuilt. 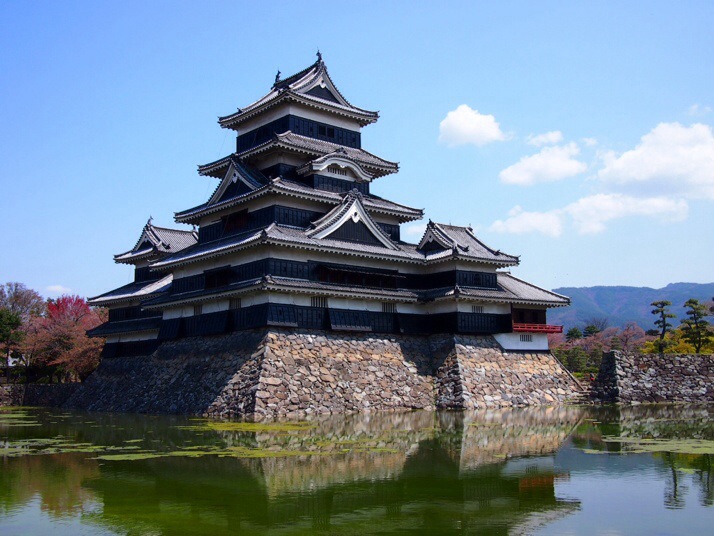 As we walked through the castle our guides explained the different defensive features, such as ‘stone drop’ points where rocks could be dropped to stop attackers climbing the walls, and narrow openings for archers and riflemen. All this looked very impressive, but one of the reasons that the castle survived is that its defences were never tested. 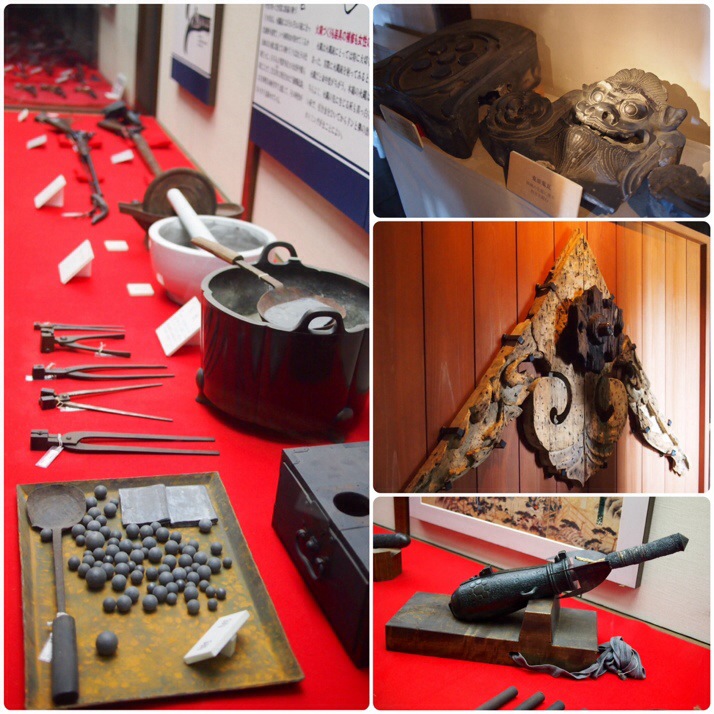 There were a variety of exhibits inside the castle, mainly an armory collection with old firearms, armour and swords, but also details of the castle’s architecture such as these roof ridge ends (top right) which show the emblems of various ruling clans from the castle’s history

From the outside it looks as if the castle has five floors but actually there are six with the third floor being dark and without windows. It’s believed that this would be the safest place during wartime. As we climbed upwards the stairs got progressively steeper and steeper until the last flight was almost ladder like. We were very glad that we didn’t have to run up and down them wearing armour and carrying heavy weapons. 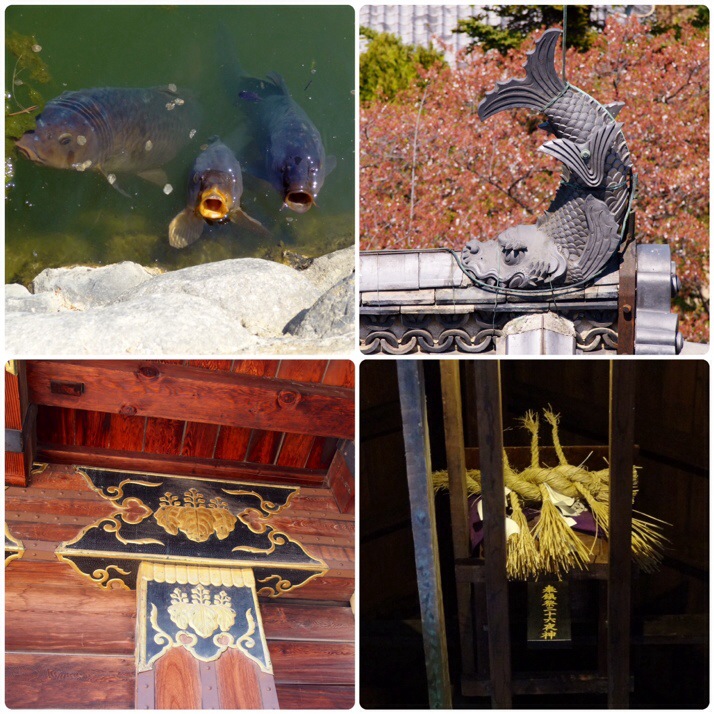 Castle details (clockwise from top left): greedy Koi in the moat, a different kind of fish on the roof ridge, shrine to the castle’s protecting god in the ceiling of the top floor, the original ruling clan’s emblem on the entrance gate 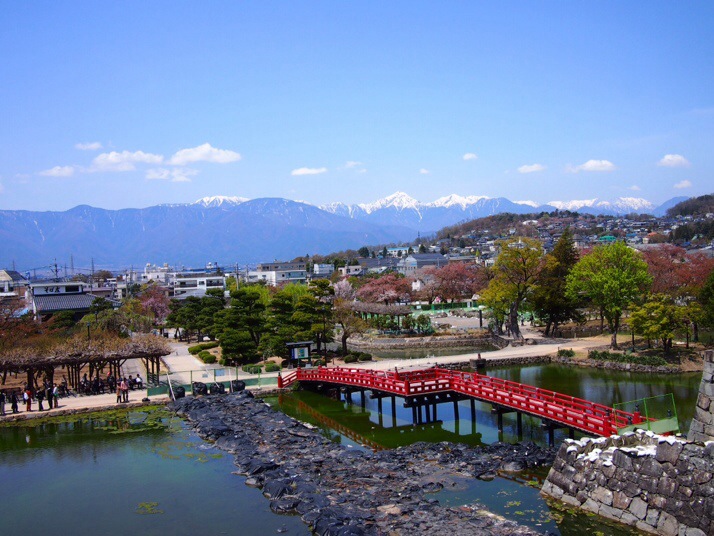 Apart from the castle, the old town area of the city is a nice place for a wander. There are some well preserved old storehouses in the Nakamachi district, many of which have been converted into cafes and restaurants. On our second evening we had a superb sushi dinner in one of them to celebrate Julie’s birthday. All washed down with some casked sake drunk from traditional wooden cups which, strangely, are square and not too easy to drink from! 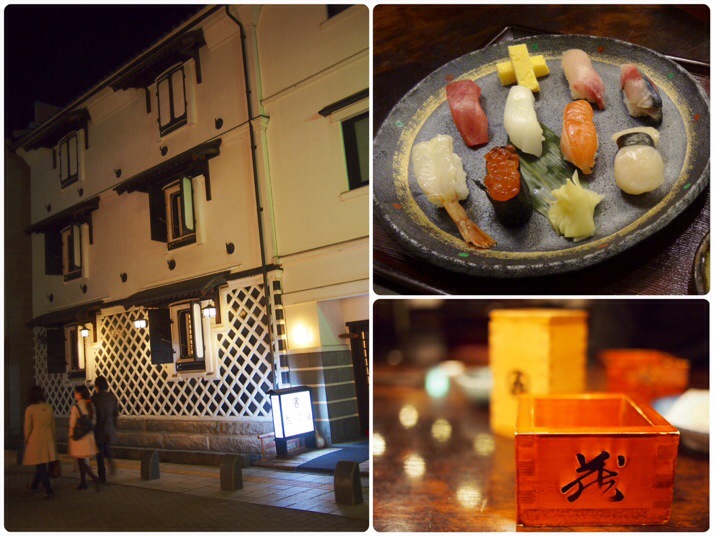 Julie’s birthday dinner at Kura: the restaurant is housed in an old storehouse, the best sushi we’ve had, traditional sake cup and flask

We had hoped to visit Utsukushi-ga-hara-kōgen, an Alpine plateau, on the next day but when we enquired about the seasonal bus schedule at the tourist office it turned out that we were a week too early. Not to be deterred, the helpful lady pulled out a leaflet about a different place and also its bus and train timetable and so we went to Kamikochi instead! The bus dropped us off at the visitor centre at around 1500m above sea level. This is the starting point for some adventurous hikes into the surrounding mountains but there are also plenty of paths up and down the valley as well which is what we opted to do. 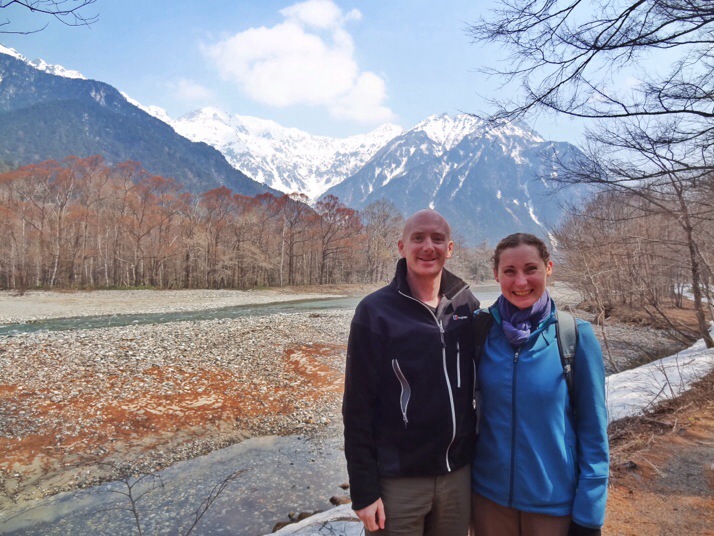 An impressive view greeted us when we got onto the trail

Despite snow still being on the ground under the trees and on the peaks, it was a warm enough day. We set off on one of the trails to Taisho Pond, formed when Mt Yakedake erupted in 1915 and blocked the river. We met tour bus loads of tourists coming towards us, some of whom obviously hadn’t thought about their plans for the day if we can judge by their footwear – although we were walking on a proper path it was slippy where the snow hadn’t melted and muddy where it had, high heels and dress shoes really weren’t appropriate. 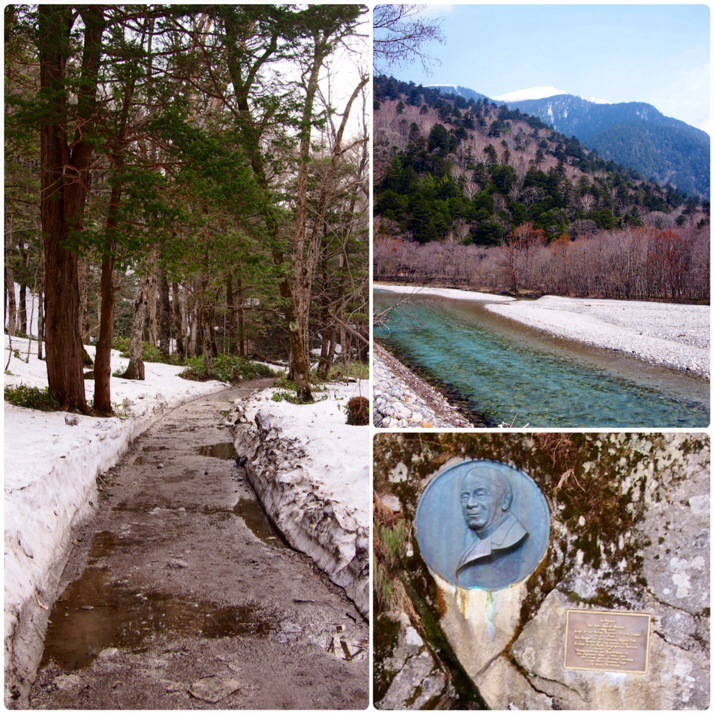 Snow beside the path, crystal clear water in Azusa River, memorial plaque to English missionary Walter Weston who first called these mountains the Japan Alps and introduced them to the rest of the world

After a few hours of walking we were ready for a rest and went for a soak in an onsen, a Japanese hot spring bath, at the appropriately named Onsen Hotel. Men and women bathe separately, the ladies section had an indoor pool as well as a few different pools outside, I particularly liked the small wooden tubs. There was a brief moment of excitement when one of the ladies spotted a snake by the edge of the pool, she called the attendant who chased it away by throwing a bucket of hot water over it! 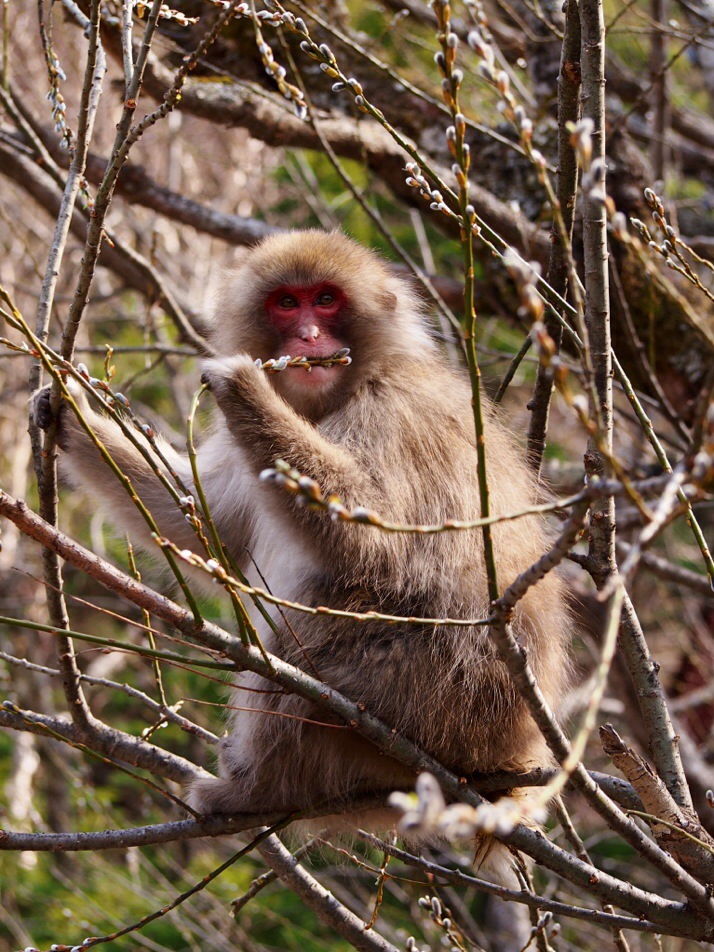 2 thoughts on “Matsumoto and the Japanese Alps”