What photo takes you right back to Hong Kong?

That would be us on the Star Ferry, taking the Harbour tour on Andrew’s birthday. 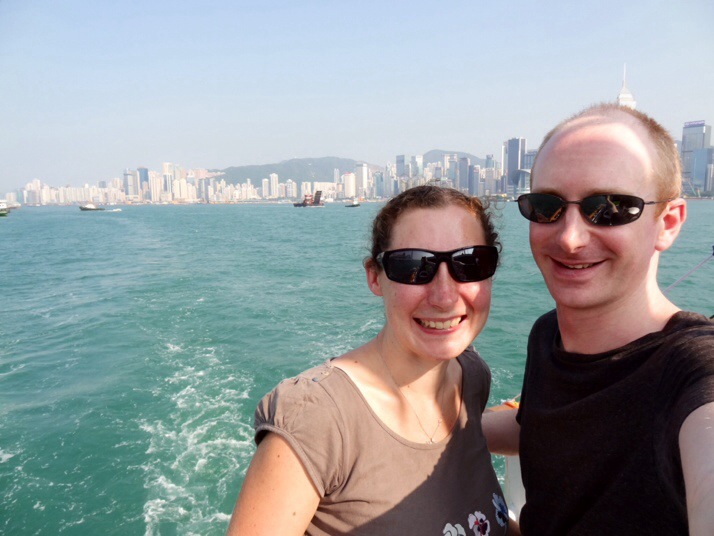 We crossed the harbour quite a few times in our 3 week stay, mostly on the excellent MTR, but sometimes we could plan our activities so that we could take the ferry because it was more of an adventure, and it’s cheaper!

You really know you’re in Hong Kong when…

…you’ve walked a block and been offered a tailor, a suit, a SIM card, a fake watch, a curry, a massage, hashish, a fake handbag, and a bed for the night.

What one item should you definitely pack when going to Hong Kong?

Deodorant. It’s a bustling, hot place and you’ll often find yourself in close quarters with your fellow humans such as queues, packed MTR carriages and lifts. It’s also very common to be seated with other diners at restaurants, and no one likes the waft of BO, whether from tourists or from locals. Sadly, this list was not compiled at random..