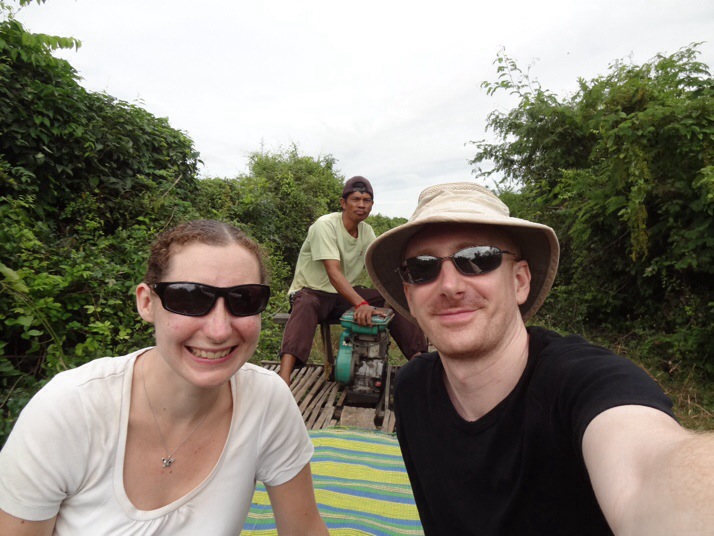 Just outside the town of Battambang in North-West Cambodia is the Bamboo Train. Here’s an excerpt from the Lonely Planet:

The bamboo train is one of the world’s all-time classic rail journeys. From O Dambong, on the east bank 3.7km south of Battambang’s Old Stone Bridge, the train runs southeast to O Sra Lav, via half an hour of clicks and clacks along warped, misaligned rails and vertiginous bridges left by the French.

Each bamboo train – known in Khmer as a norry (nori) – consists of a 3m-long wood frame, covered lengthwise with slats made of ultra-light bamboo, that rests on two barbell-like bogies, the aft one connected by fan belts to a 6HP gasoline engine. Pile on 10 or 15 people or up to three tonnes of rice, crank it up and you can cruise along at about 15km/h.

Or if there are only 2 or 3 people, it can reach speeds of 50km/h plus – I’m not sure we went that fast but it certainly felt quick to us as we were seated so close to the rails with the bushes rushing past on either side. Hopefully you can get a sense of the speed from this short bit of video I took.. (sound is sort of recommended).

As there’s only one set of tracks on the ~5km section, there’s the very likely scenario of meeting another tourist-laden train coming the other way. I guess that’s why these trains are easily dismantled, and as I helped our driver take ours apart I found that they’re pretty heavy too!

The only scheduled stop is the little ‘village’ of O Sra Lav whose claim to fame is a brick factory. 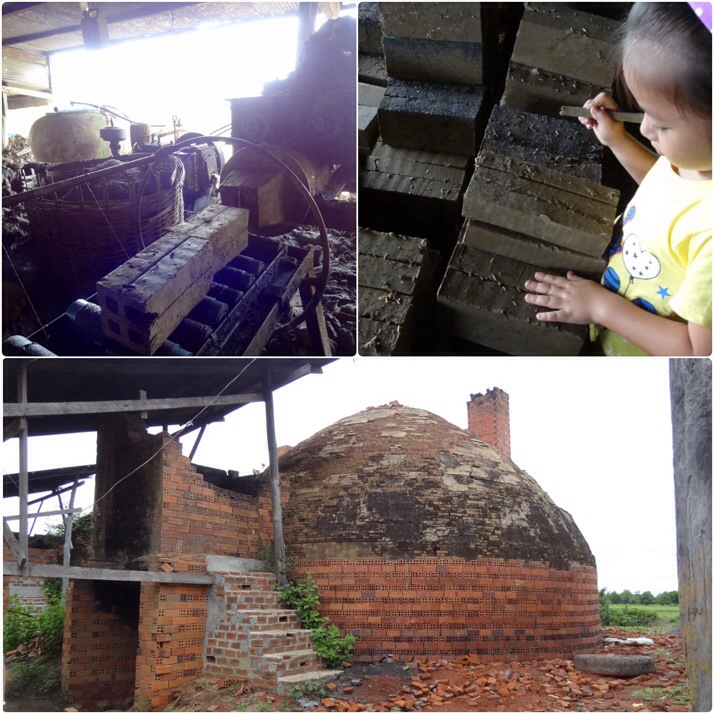 After fending off the local shopowners offering t-shirts, scarves and refreshments we headed back the way we’d come, on the rickety-rockety, clickety-clackety Battembang Bamboo Train.