You wouldn’t think that just a week after visiting the Hida Folk Village in Takayama we’d want to go to another museum preserving old buildings, but this one has a very different focus from any of the other outdoor museums that we’ve been to. Meiji-mura doesn’t focus on traditional wooden architecture but examples from Japan’s Meiji Era (1868 – 1912). This period marked an opening of Japan to foreigners and the architecture is notable for combining Western and Japanese elements. For example, the Principal’s Official Residence of Peers’ School is effectively split down the middle with European style office and reception rooms on one side with high ceilings and wide staircases, and Japanese style family rooms on the other with tatami floors and sliding paper doors. 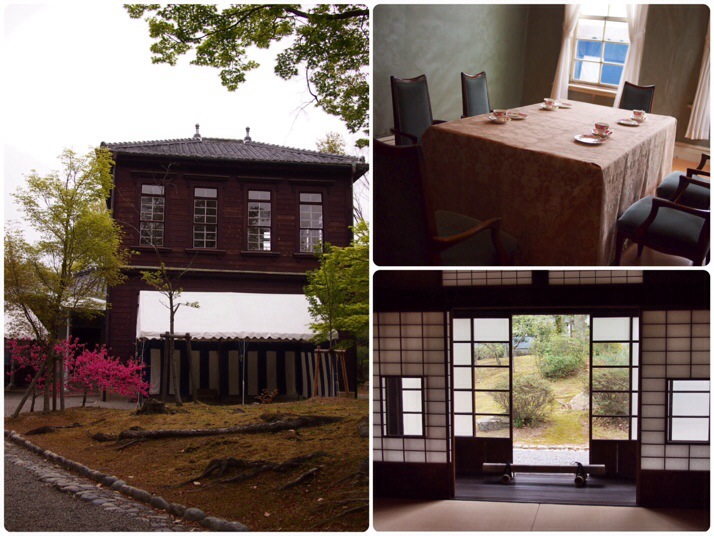 Principal’s Official Residence: European part of the house from the outside, a very Western dining room, a traditional Japanese room on the other side of the house

The museum contains more than sixty buildings with a huge diversity of original uses, from churches, shops and houses to prisons, a theatre and a lighthouse. Despite the grey weather and drizzly rain that arrived in the afternoon we really enjoyed the variety of different buildings and their lakeside location and found that even a full day wasn’t enough to see everything. 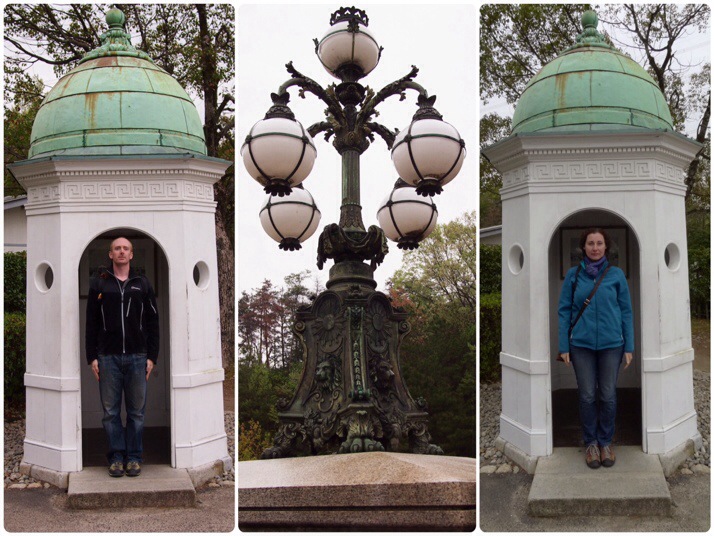 Some of the preserved “buildings” are very small such as this sentry box of the Akasaka Palace, and this ornamental lamp from a bridge in front of the Imperial Palace 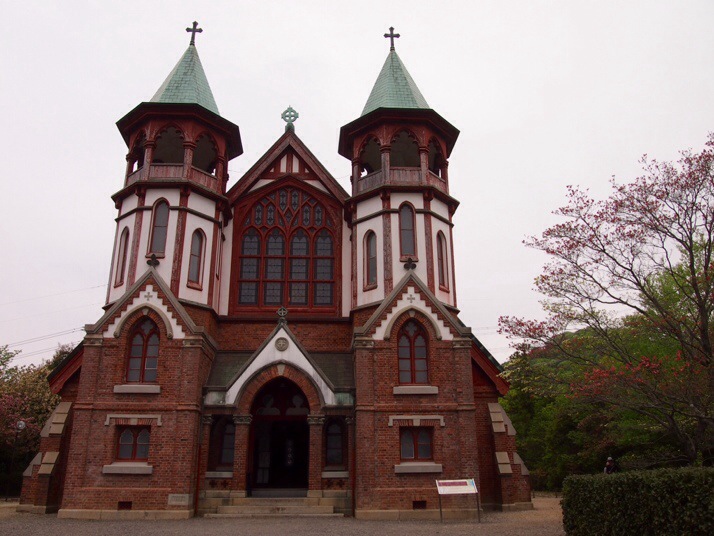 The imposing St John’s Anglican Church was built in 1907 and originally sited in Kyoto. It’s structure is adapted to withstand earthquakes being brick on the first floor and wooden above with a copper roof. 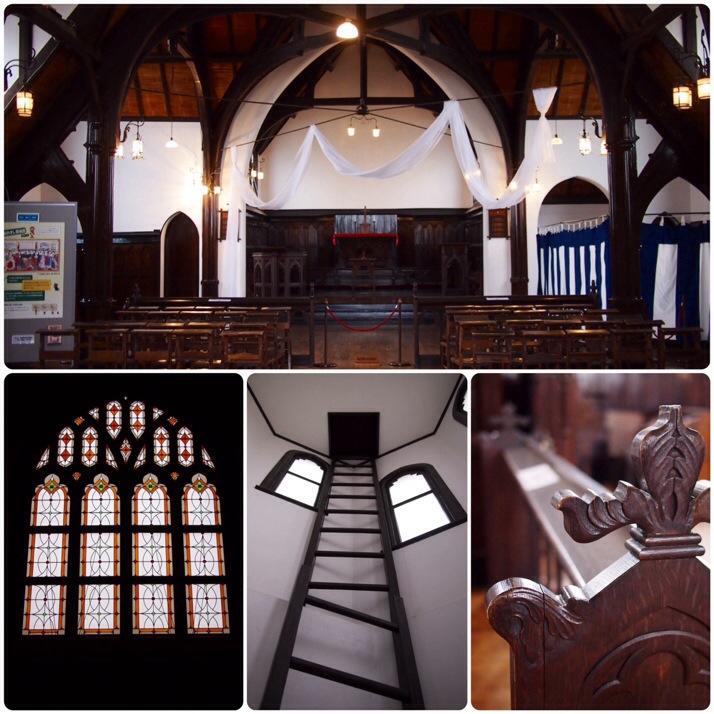 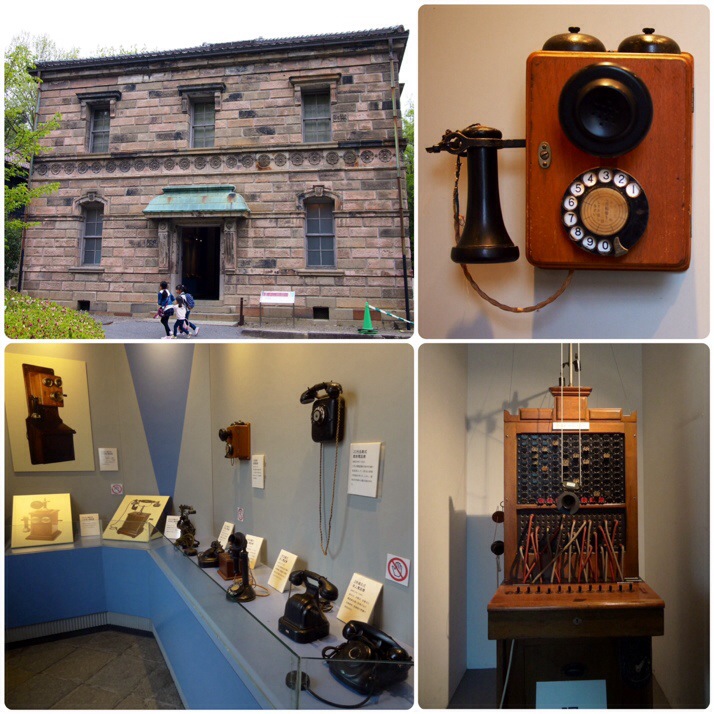 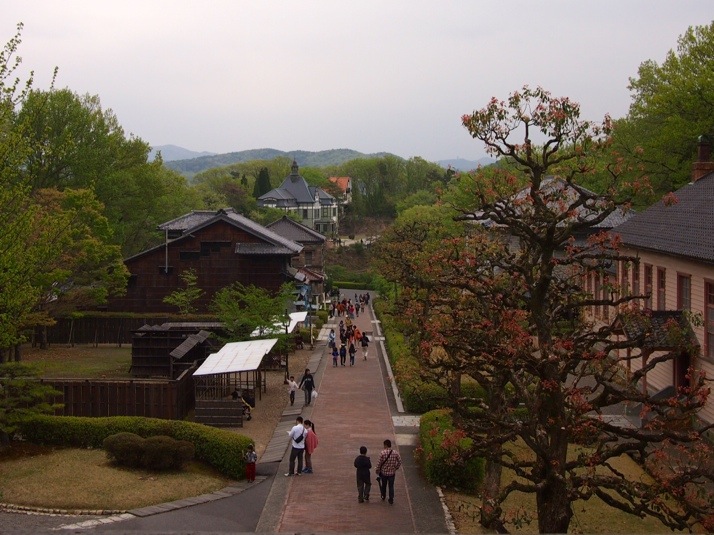 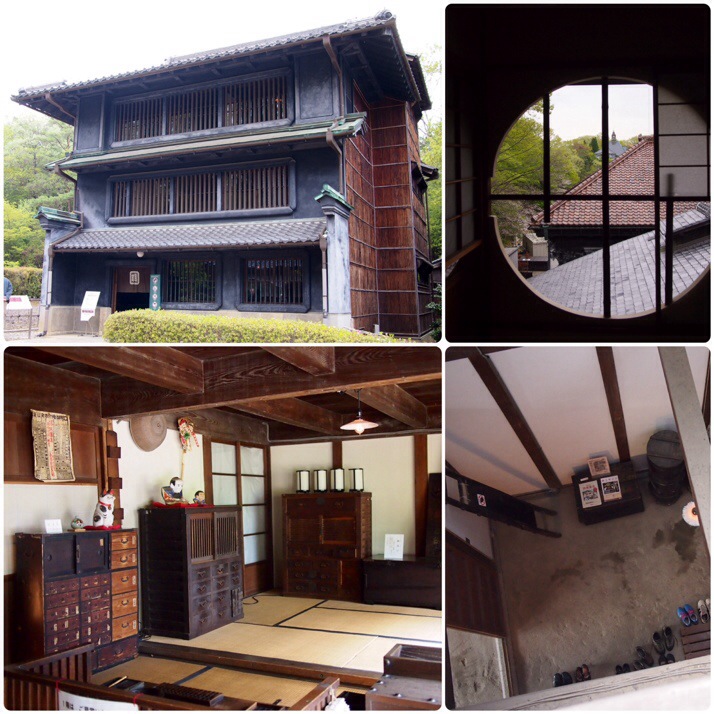 Tomatsu house was a tradesman’s house in Nagoya City. Although it looks fairly small from the front, inside it is a rabbit warren of rooms and passageways. It also contained the coolest stairs we’ve ever seen with drawers hidden in the risers (unfortunately we didn’t get chance to snap a photo). Clockwise from top left: facade, view from an upper floor window, the owner could sit in this room at the top of the atrium and listen to the conversations below, reconstruction of the office at the front of the building. 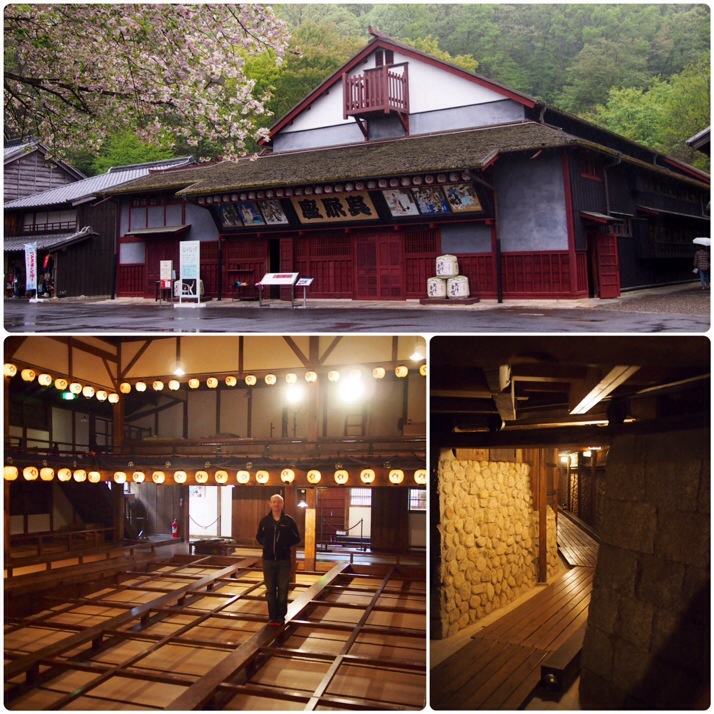 Striking a pose on the stage of the Kureha-za Theatre 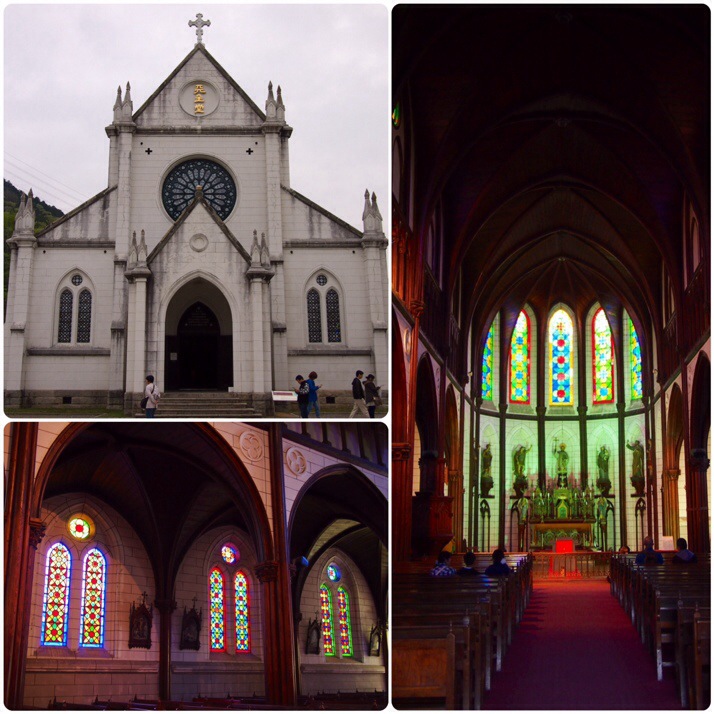 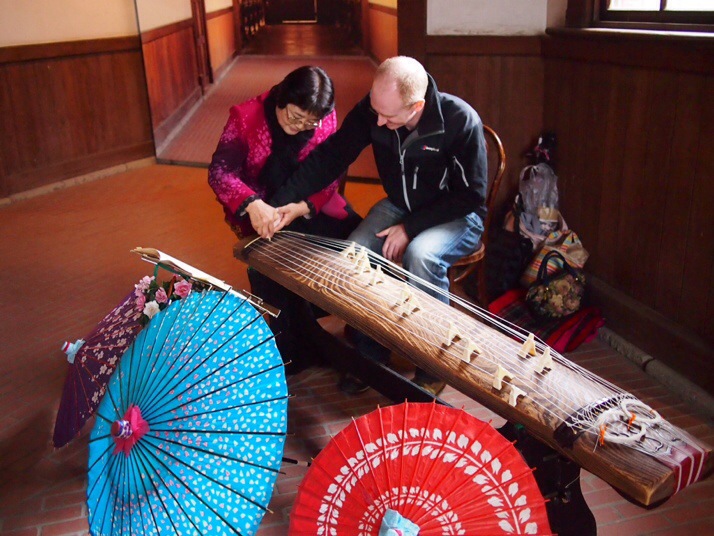 We met this lovely lady in the rather incongruous setting of the Kanazawa Prison. She helped each of us play a short tune on her koto before searching her music book for something English, Auld Lang Syne was the closest she could find! 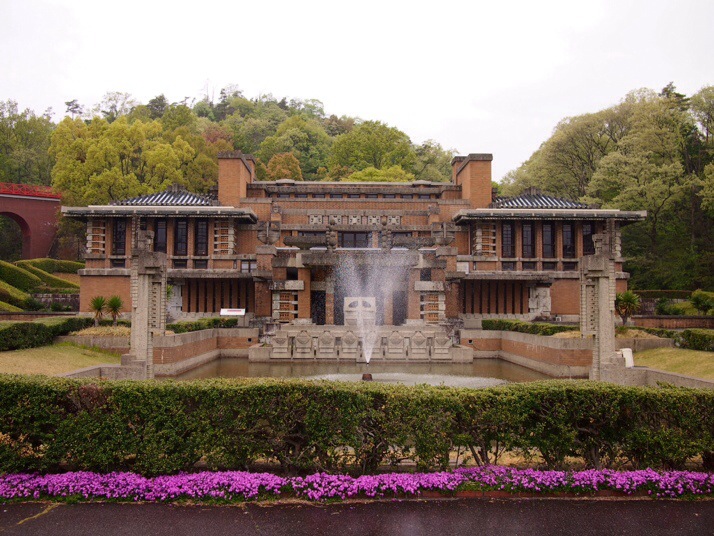 One of the highlights of the museum is the magnificent main entrance and lobby of the Imperial Hotel. The Tokyo hotel originally opened in 1890, and this redesign by American architect Frank Lloyd Wright opened in 1923. This portion of the building was moved to Meiji-mura when the hotel was revamped again in the late 1960s. 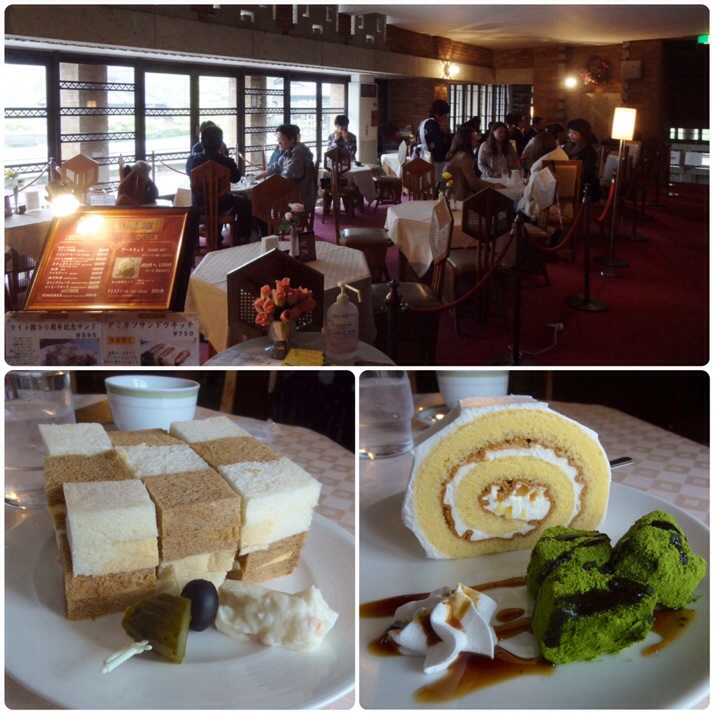 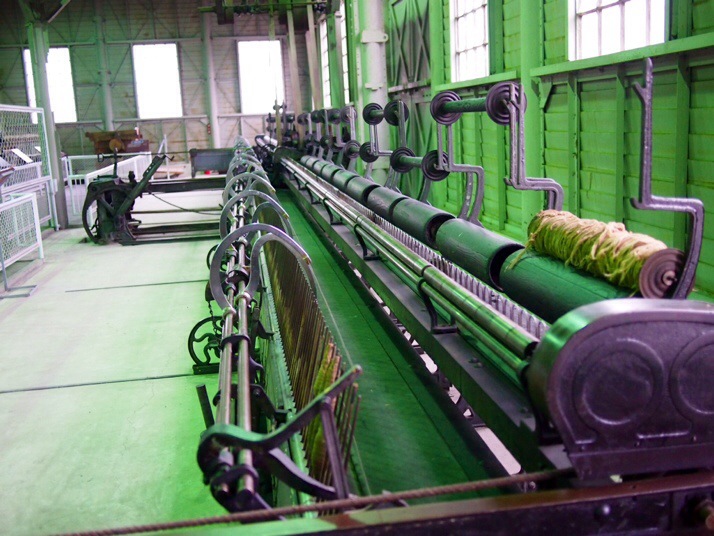 Part of the site contains buildings with an industrial history. The Shimbashi Factory of the Japan National Railways where railway carriages were once built now contains a collection of industrial machinery, much of it linked to spinning and weaving. 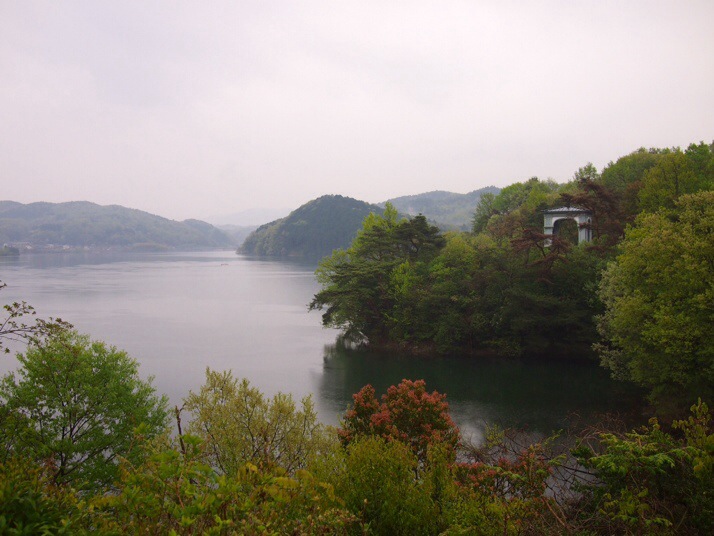 A drizzly view from the edge of the museum site over Lake Iruka. The structure on the right is all that remains of a Tokyo religious college, its entrance porch.