We’re suckers for modern art and when we found out that there’s a whole district of contemporary art in Beijing we thought it would make a nice change from the history and ancient architecture of many of the sights in the city.

The 798 district gets its name from the electronics factory which started production on the site in 1957. East German engineers were drafted in to design cutting edge manufacturing buildings and the result was a Bauhaus architectural style. The buildings’ distinctive sawtooth roofs were the best way to maximise natural light whilst minimising shadows in the working environment. The factories were wound down in the late 80s and early 90s and shortly afterwards artists started to move in. For us the converted factory setting was a reminder of the Baltic art gallery in our hometown of Gateshead. 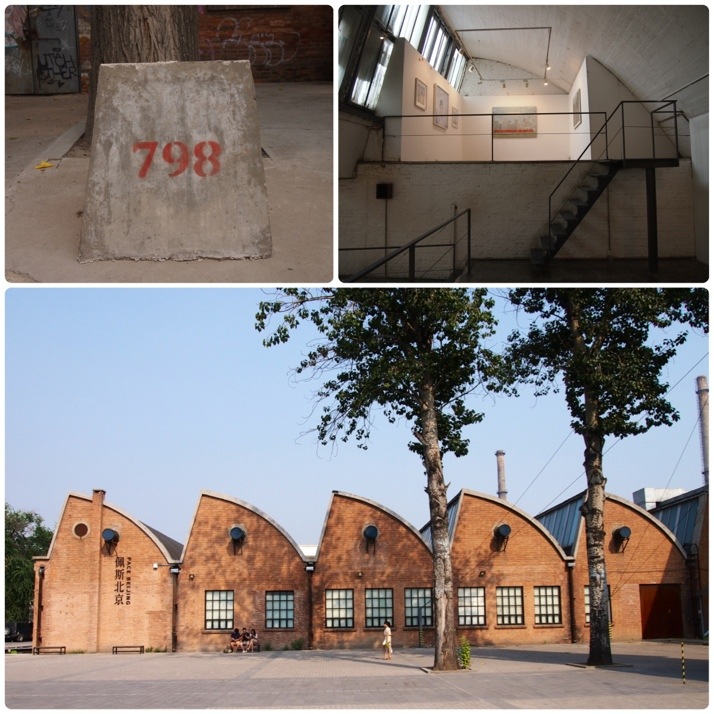 798 architecture, inside one of the converted factories, sawtooth roofs from the outside

We expected to find a main central gallery with a few satellite businesses but that’s not the case. The district is made up of lots of small and medium sized independent galleries, boutique shops selling everything from Chinese fans to abstract paintings and cutting edge fashion, as well as funky cafe-bars. There is a lot of street art and outside art pieces too. 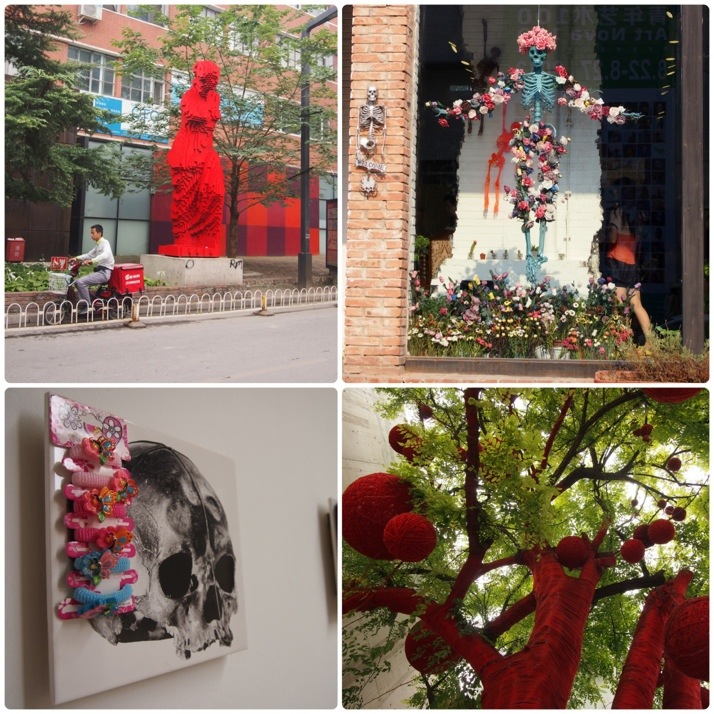 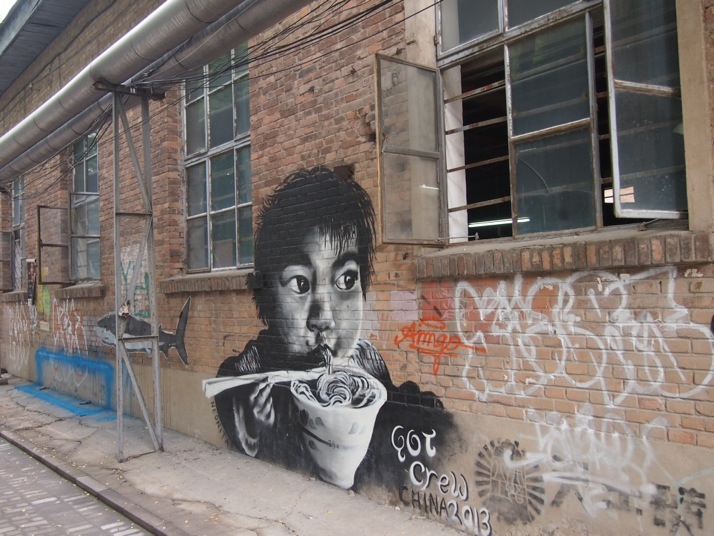 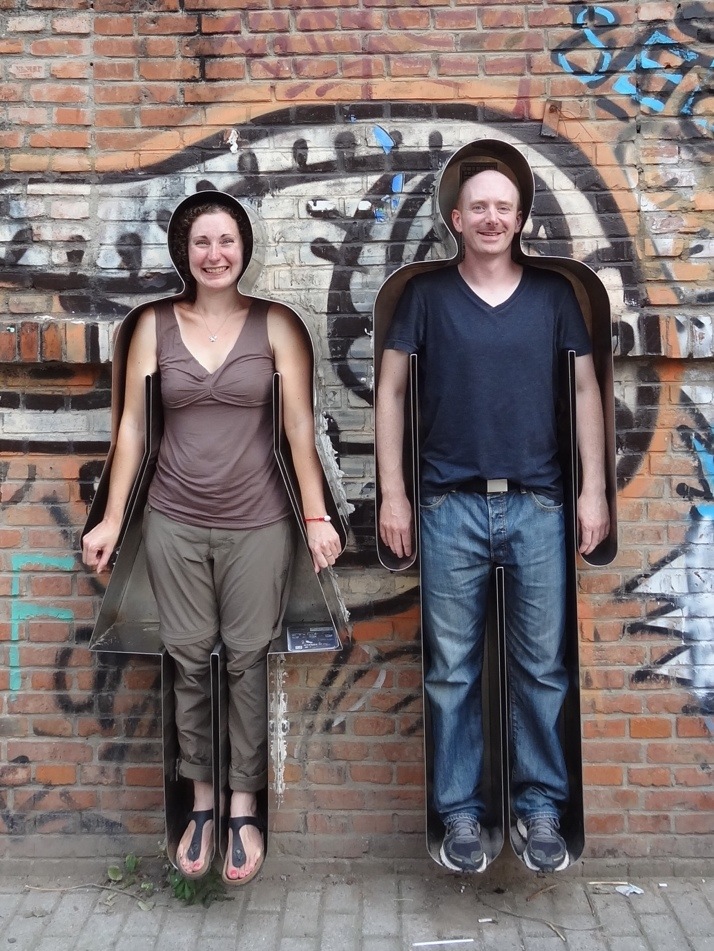 Whilst wandering through the streets and going into whichever galleries took our fancy we were inspired to buy the first souvenir of our trip, an oil paper umbrella. We’ve resisted buying souvenirs so far (despite almost buying Russian nesting dolls in every city in Russia…). Having sold almost all of our possessions before we left home, this wasn’t an impulse purchase. We had a long discussion over lunch and talked ourselves into it reasoning that it was something uniquely Chinese, its a piece of art but not too expensive, and my parents would be arriving in a couple of days time so we could send it home with them and not have to carry it! 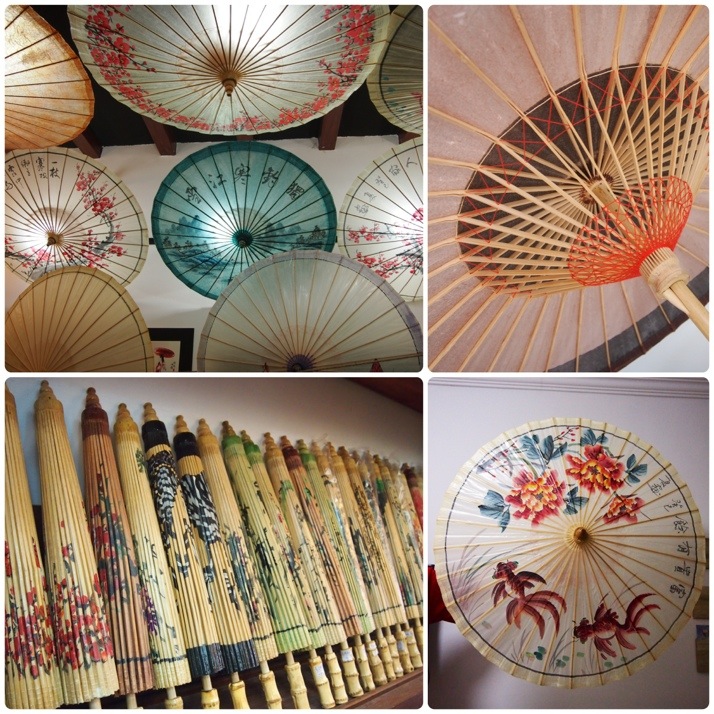 Oil paper umbrellas in the shop, and our umbrella (bottom right)