In researching destinations in Cambodia, we’d read that the southern coast has quite an up-and-coming beach resort, some calling it the ‘Benidorm’ of Asia. We’re not alone in thinking Sihanoukville is not our cup of tea, so we decided to visit the nearby town of Kampot instead.

Described as quiet, laid-back and relaxing, it was just the sort of place we were looking for after the bustle of Phnom Penh. Kampot is probably best known, if it’s known at all, for its pepper – at one time the gastronomic highlight of table condiments throughout France.

As well as relaxing, here are some of the sights and attractions we enjoyed in and around Kampot. 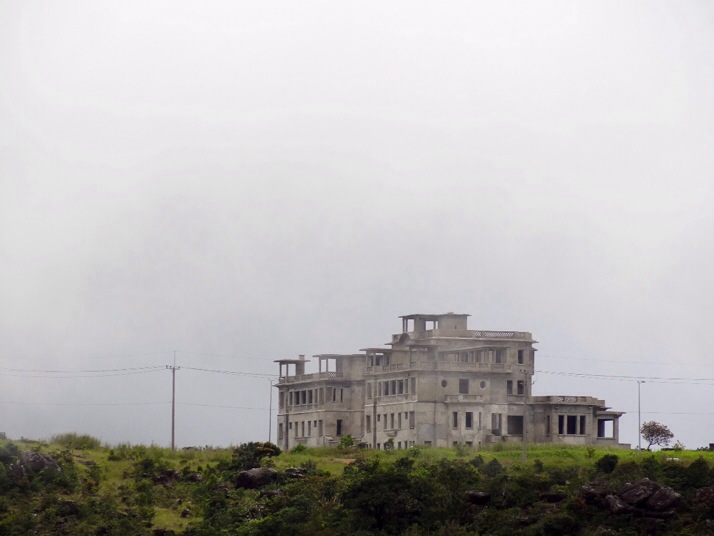 The old Palace Hotel & Casino. Legend has it that due to its cliff side location, the casino part was relocated to reduce the number of gambling-induced suicides

The biggest ‘attraction’ in Kampot is this old colonial French hill station which overlooks both the Gulf of Thailand and Kampot Town. Consisting of a Palace Hotel & Casino, shops, a post office (demolished), a church and some Royal Apartments, these long abandoned concrete buildings are now covered in moss and lichen which gives an eerie presence. 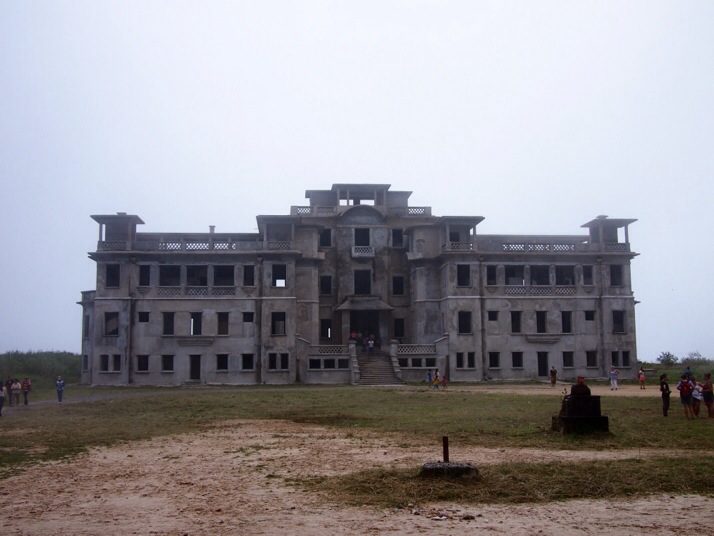 The old Palace, from the front. Every room is en-suite, and had flushing toilets – the very height of luxury and rare at the time 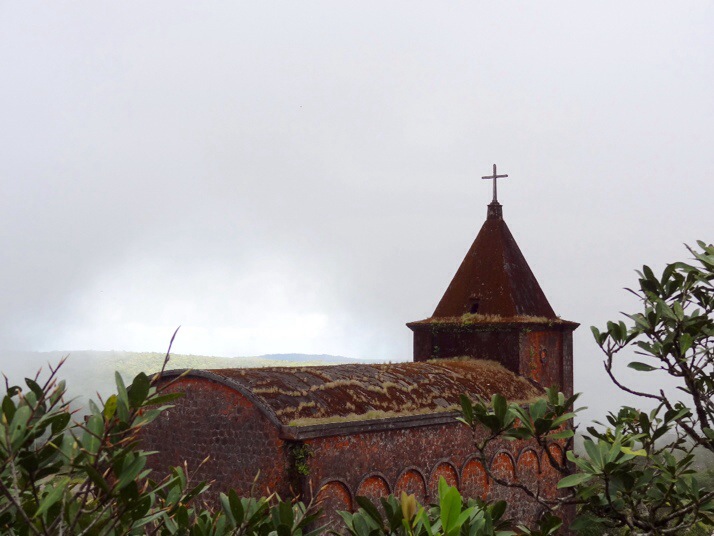 The old Church. The Palace Hotel (above) was covered in the same red lichen until it was recently repaired and made safe

In a tragic march of progress, the current lease-holder is seemingly unchallenged in their plans to cover the entire hill-top in hotels and housing estates. Fortunately, the building work has yet to start in earnest.

We took an organised day-trip tour and our guide was excellent. Not only in recalling the dates and history of the buildings and the area, but for welcoming discussion about Cambodia’s current political and commercial development which I found fascinating.

It’s also on tours like this that we get to meet fellow travellers, swap tips and tales, and practice our wider vocabulary of conversational English. We had the delightful pleasure of getting to know Rosie and Ed over the course of the afternoon, and if you check out their take on Kampot, see if you can spot us in one of their photos.. 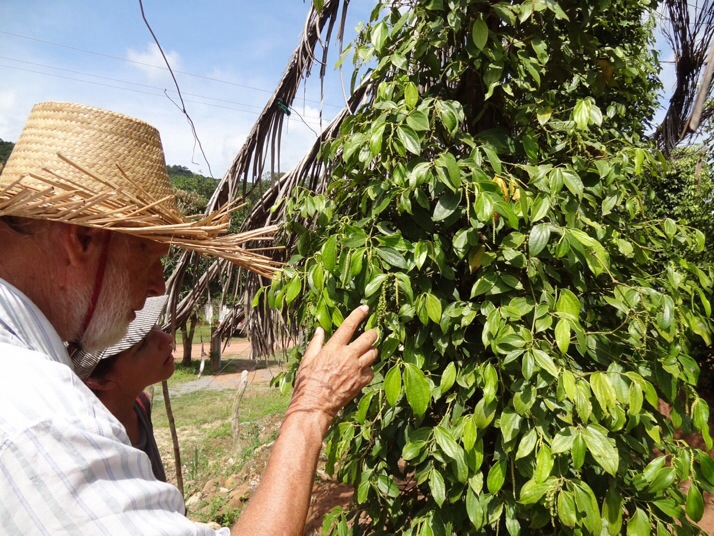 The eccentric owner of a small pepper farm, who can conduct his tour in English, French, or German

Although we’ve seen pepper growing before, I was still quite excited, and this time we got a full explanation of how they get black, white, red and green peppercorns from the same plant, and how to tell the difference by taste and smell! 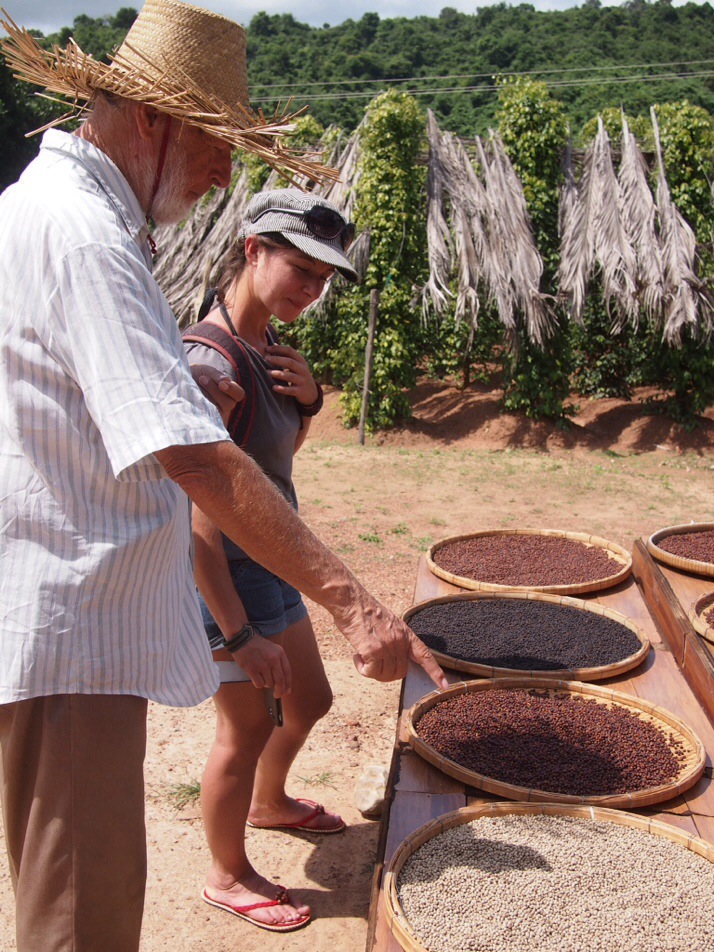 Fresh Crabs, and the beach in nearby Kep

The fresh crabs that the nearby town of Kep is famous for deserved its own post. I did look for peppered crabs, but alas, I must be the only one who thought of it as I didn’t see it on any of the Kep riverside restaurant menus.

Kep also has a (very) small stretch of beach, which they’ve bulked up with a recent delivery of pre-bleached sand. It’s a pleasant, quiet spot, and we enjoyed a leisurely stroll to the other end and back. Had we thought to bring our swimming costumes we might have taken a dip! 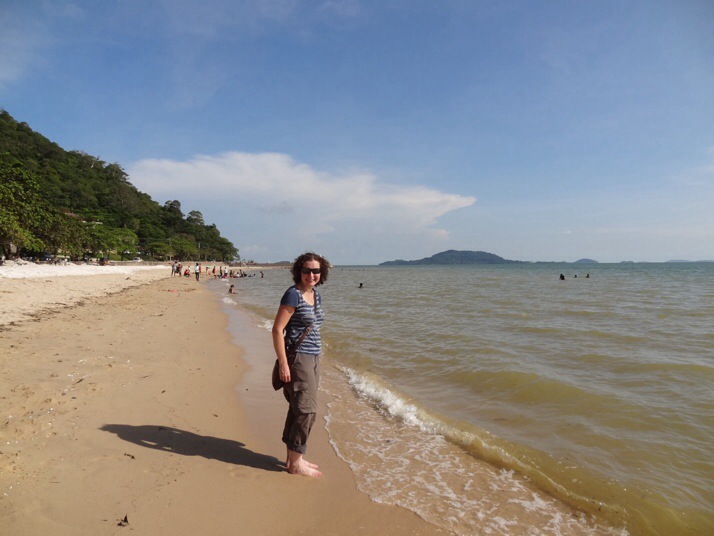