I’ve always felt a strong curiosity towards buildings and secret places; an “I wonder what’s in there, or behind that door, or down that hallway” and yes, I realise that means I’ll meet an horrific end if I’m ever cast in a horror movie.

Dilapidated buildings, especially functional ones like old factories, banks, warehouses and bunkers get my imagination and intrigue going – I start thinking about how they’re laid out inside, picturing what they would have looked like when they were in use and what kind of people would have been there. I imagine myself being there in that time too, watching the machinery in action and the people going about their business.

It was not until I read the twitter profile of a friend at work, that I found out my propensity to explore man-made structures was not only shared, but it has a name: Urban Exploring, or UrbExing for short. When I next saw my friend and asked him about it, his eyes lit up with excitement like someone sharing a heretofore secret passion (like making up strange sandwich combinations – bacon & banana anyone?), and he told me that not only is UrbExing a “thing”, but there’s also an organisation called SubBrit – Subterranea Britannica – that organises exploration of underground sites (usually WW2 bunkers) for its members. Fantastic – how hadn’t I heard about this before?

Legitimised, I now make a point of stopping to explore urban structures when I can, and on the way to the main Arcade Bus Station in Chiang Mai is, or rather, was, the Space Roller.. 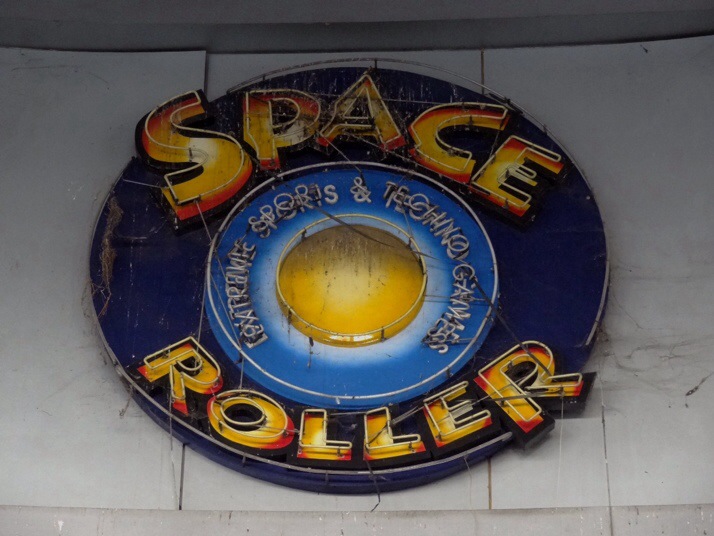 In the building that probably gave the Arcade Bus Station its name, this long-since closed arcade of shops and restaurants is now in a very sorry state of repair. 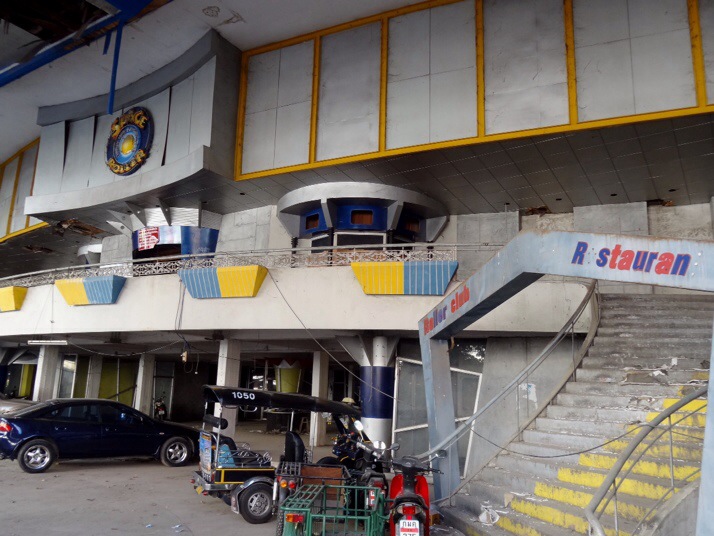 I guess this was the old arcade, Chiang Mai

The ground floor is completely gutted, with bare concrete floor and no obvious sign of its former purpose. The furthest left hand-side looks to have been taken over by squatters, and there are scooters and cars parked outside. I stepped over an old electrical cable that was strung over the foot of the right-hand staircase, and made my way up the main entrance.
The futuristic styling is straight out of 70’s and 80’s sci-fi, or more recently the cartoon series Futurama, with silver curved supports set against electric blue and cigarette-butt yellow curved or conical walls. The future is reflective and curvy.

Inside, it’s clear this has been deserted for a long time. Holes in the roof have led to the almost complete collapse of the interior false roof, which has destroyed the once smooth wooden rollerskating surface below. 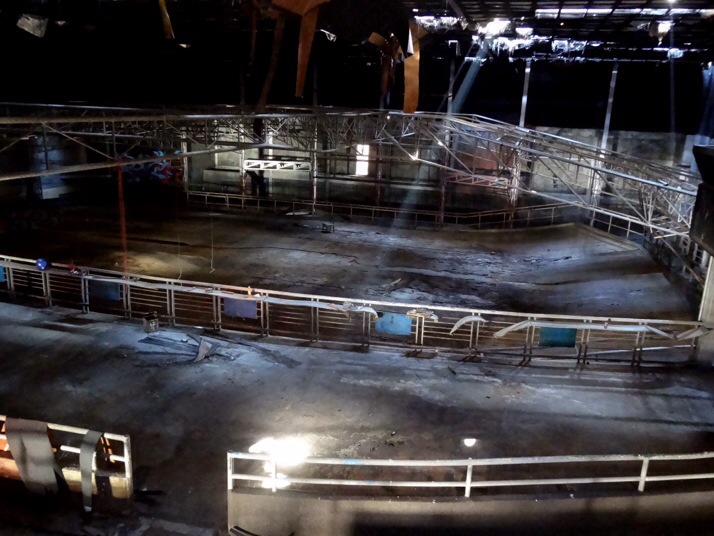 The rollerskating track. Looks pretty extreme to me – big concave central oval with an outside banked racing loop and enclosed downhill tunnel on the right that looks like a lot of fun 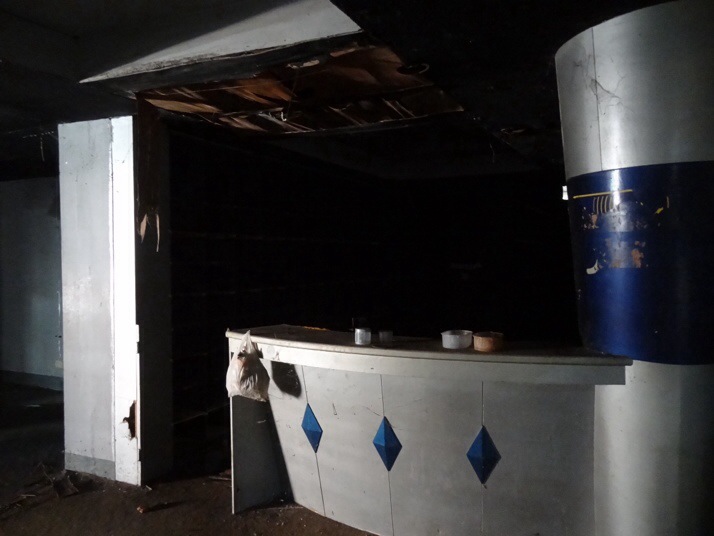 The old counter where they rented rollerskates. The wall behind is floor to ceiling boxes for skates and shoe storage, just like in bowling alleys 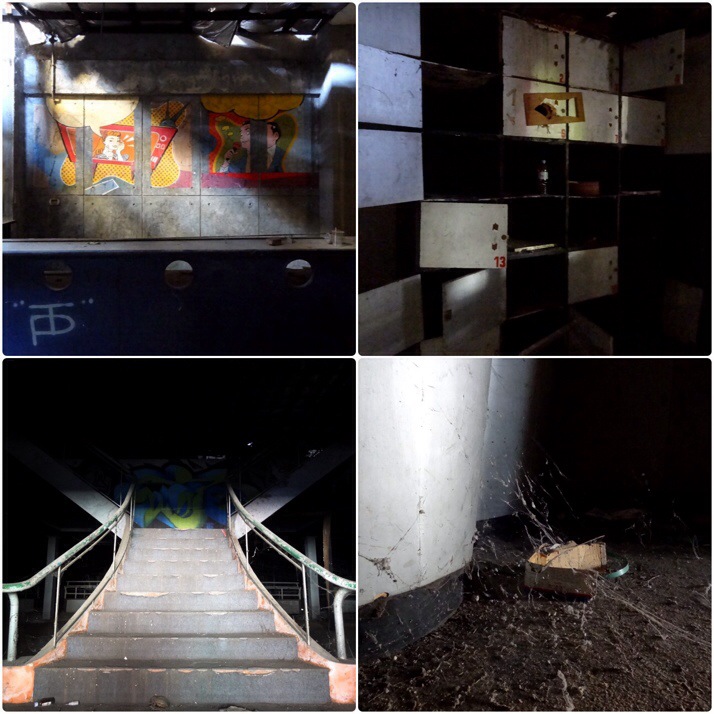 The upstairs bar; The lockers; The curvy grand staircase to the viewing gallery, bar, and small private rooms (what could they be for?); Cobwebs on the dirty floor

It was fun exploring the shell of this once exciting rollerskating venue, sadly now a remnant of a bygone era given today’s ubiquitous electronic and hi-tech entertainment.