We’re not in the habit of getting up at 4am but we’d heard that it was pretty much mandatory to see a sunrise when you visit the temples around Angkor Wat in western Cambodia. Our tuk-tuk driver, Mr Sokha, met us at 4.40am and we set off in the dark for the 20 minute drive. The sun doesn’t actually come up until 6.15am but because it’s a “must do” we needed to arrive early to get a good spot… Fortunately the enterprising local restaurant stalls were open and were happy to bring coffee to us so that we didn’t have to move from our place. 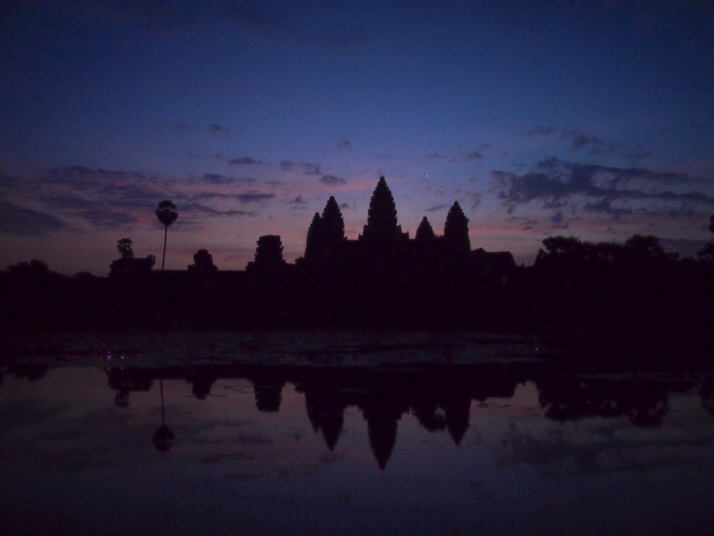 It was still quite dark when we first arrived 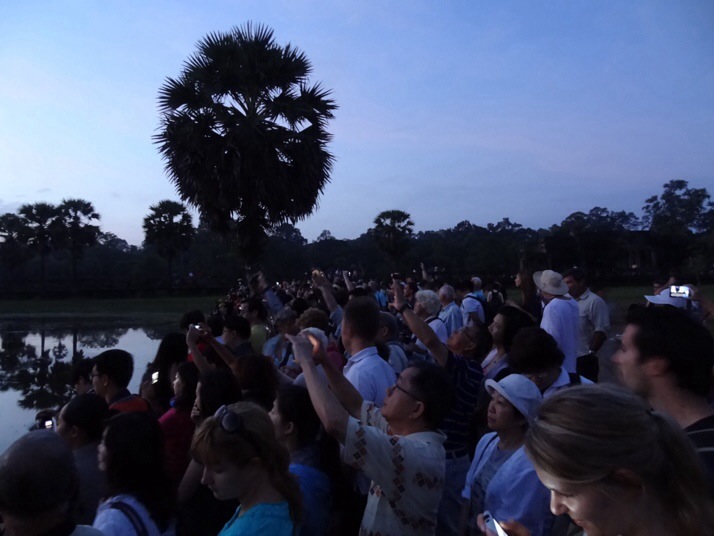 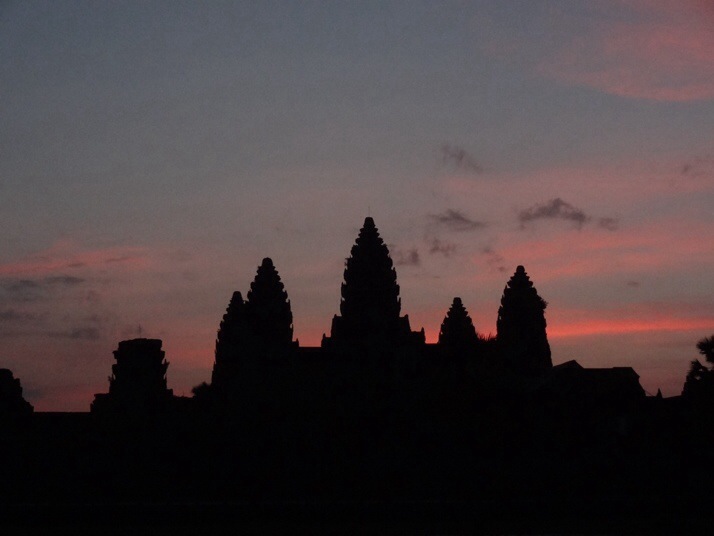 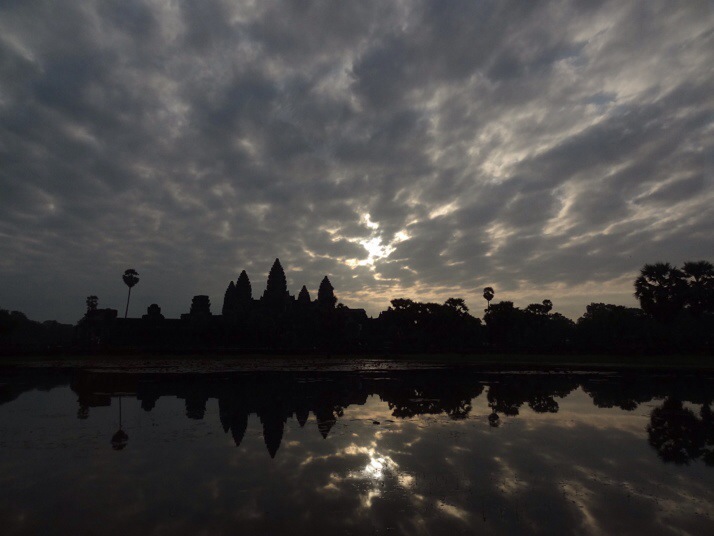 The Angkor Wat temple complex is the largest religious building in the world. It’s easy to see why it is the foremost tourist attraction in Cambodia and features on the country’s flag, currency and the logo for a popular brand of beer. Built in 1113 by Suryavarman II, it features classical Khmer architecture, beautiful stone carvings and a graceful symmetry. If you have the time it is worth visiting several times to explore it fully and see the temple at different times of day. We were staying in the area for a week and made four visits in total to Angkor Wat – 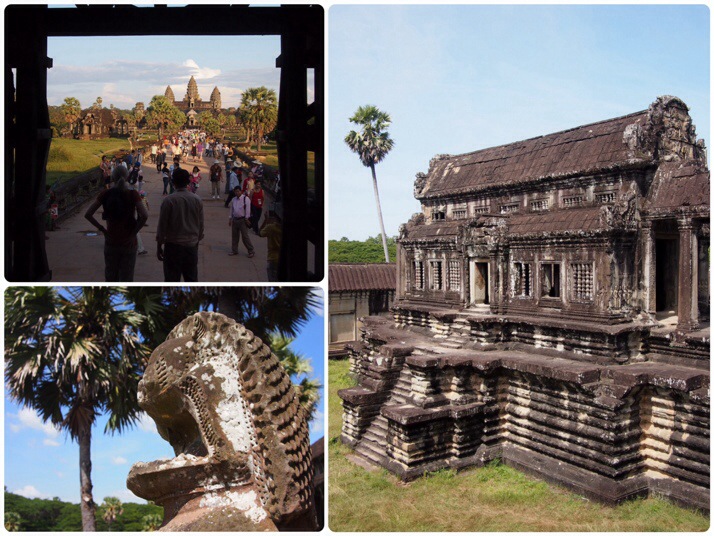 Looking down the inner causeway towards Angkor Wat, library in the inner courtyard, an eroded lion roars 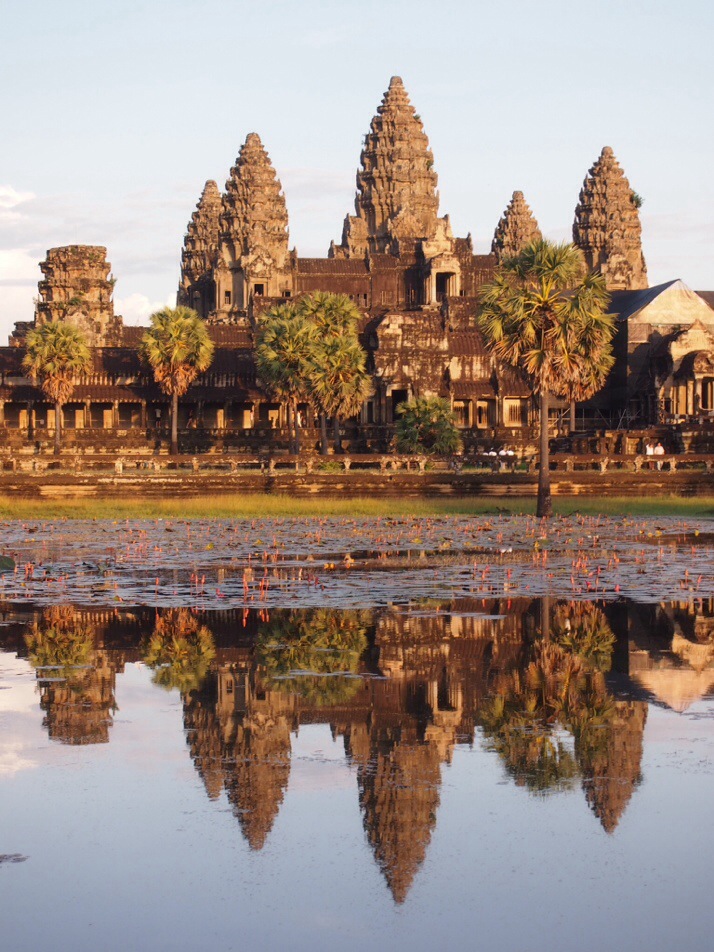 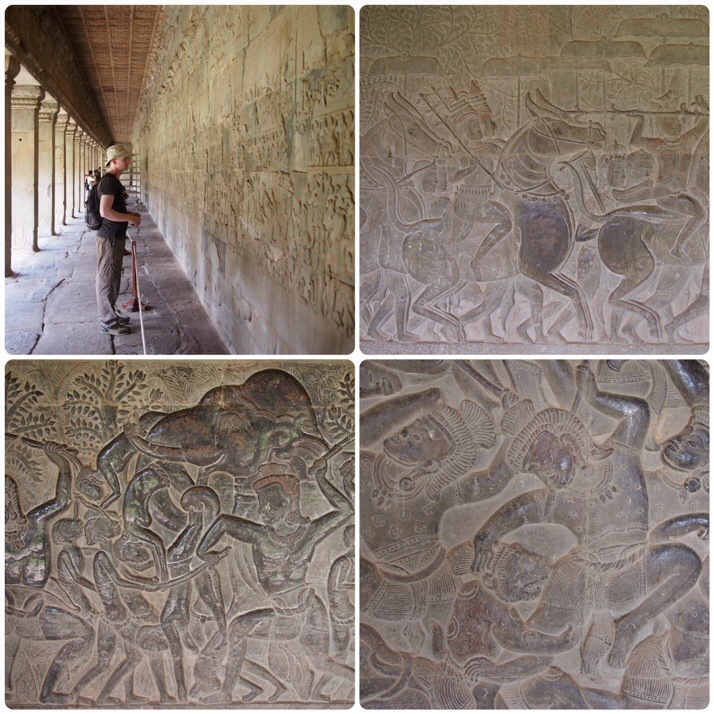 In the galleries around the outside of the central temple complex are eight beautifully preserved bas-reliefs each 100m long. They depict a mixture of earthly and heavenly battles glorifying the Khmer kings and showing Hindu gods in often gruesome conflicts. 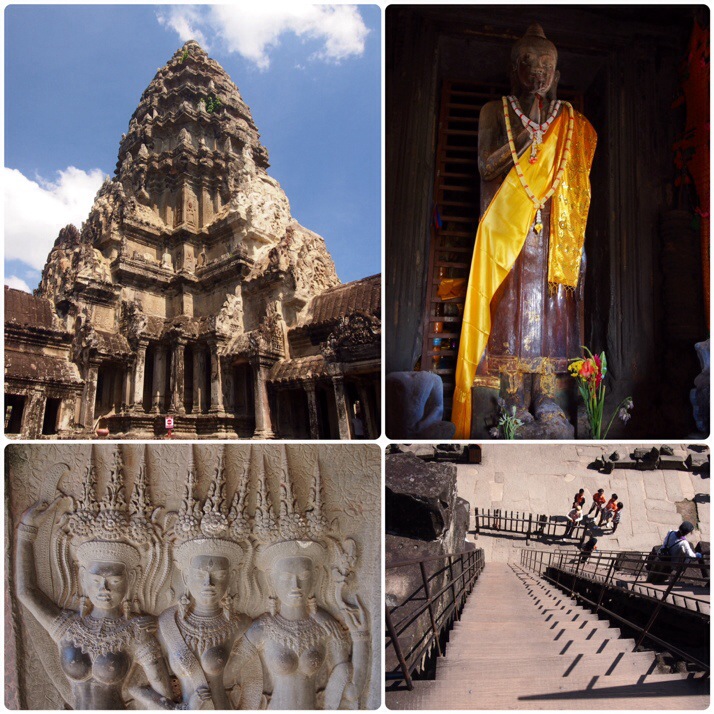 The central sanctuary of the temple is called “Bakan”. Originally it contained a statue of the Hindu god Vishnu, now the four sides each contain a statue of the Buddha. There are many carvings of apsara, or heavenly nymphs, around Angkor Wat. The steps to the central temple are steep to remind worshippers that reaching the kingdom of the gods is not an easy task. 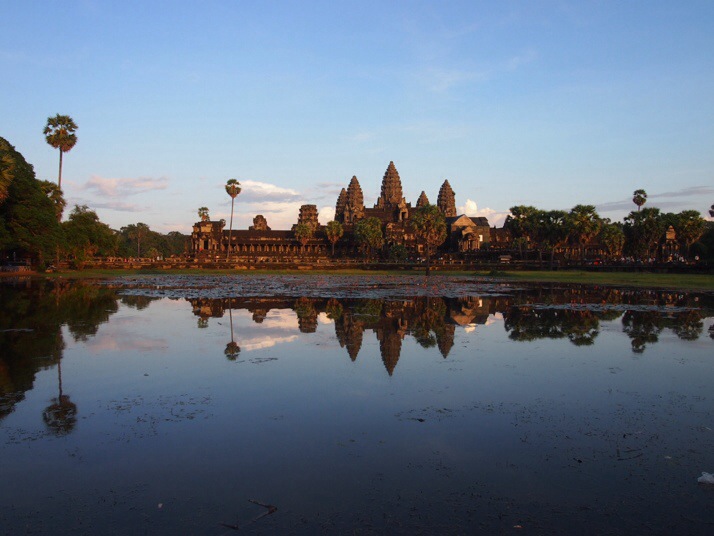