We woke to overcast skies and a bit of a breeze (enough to keep the midges off as Ronald, the campsite owner, said). We turned back towards the south and were soon climbing the steep hill to the war memorial overlooking Castlebay, then zooming down past stacks of lobster pots to the causeway onto our second island, Vatersay. The official start of the Hebridean Way is in the village on tiny Vatersay so we rode the road around the hills, past the wreckage of a WW2 plane crash and towards the spectacular beach as the sun started to break through the clouds. The beaches on the Hebrides are incredible with bright white sand and turquoise water.

At the trail start in Vatersay (photo credit and thanks to fellow cyclist Henry!)

There were quite a few other cyclists as well as campervans on Vatersay but we didn’t hang around, after the obligatory photo at the start marker we headed back the way we’d come and north across Barra admiring the many small coves and beaches and spotting an eagle soaring overhead as we crossed the island’s centre towards the airport. Barra has the only airport in the world where scheduled flights use a runway on a tidal beach. We’d looked up the flight arrival times in advance (2 per day from Glasgow) and were aiming to get there to see the 12.45pm land. We were running a little late when Andrew spotted a plane overhead, and with a quick dash we just managed to crest a hill with a view down the beach to see it landing 10 minutes early. 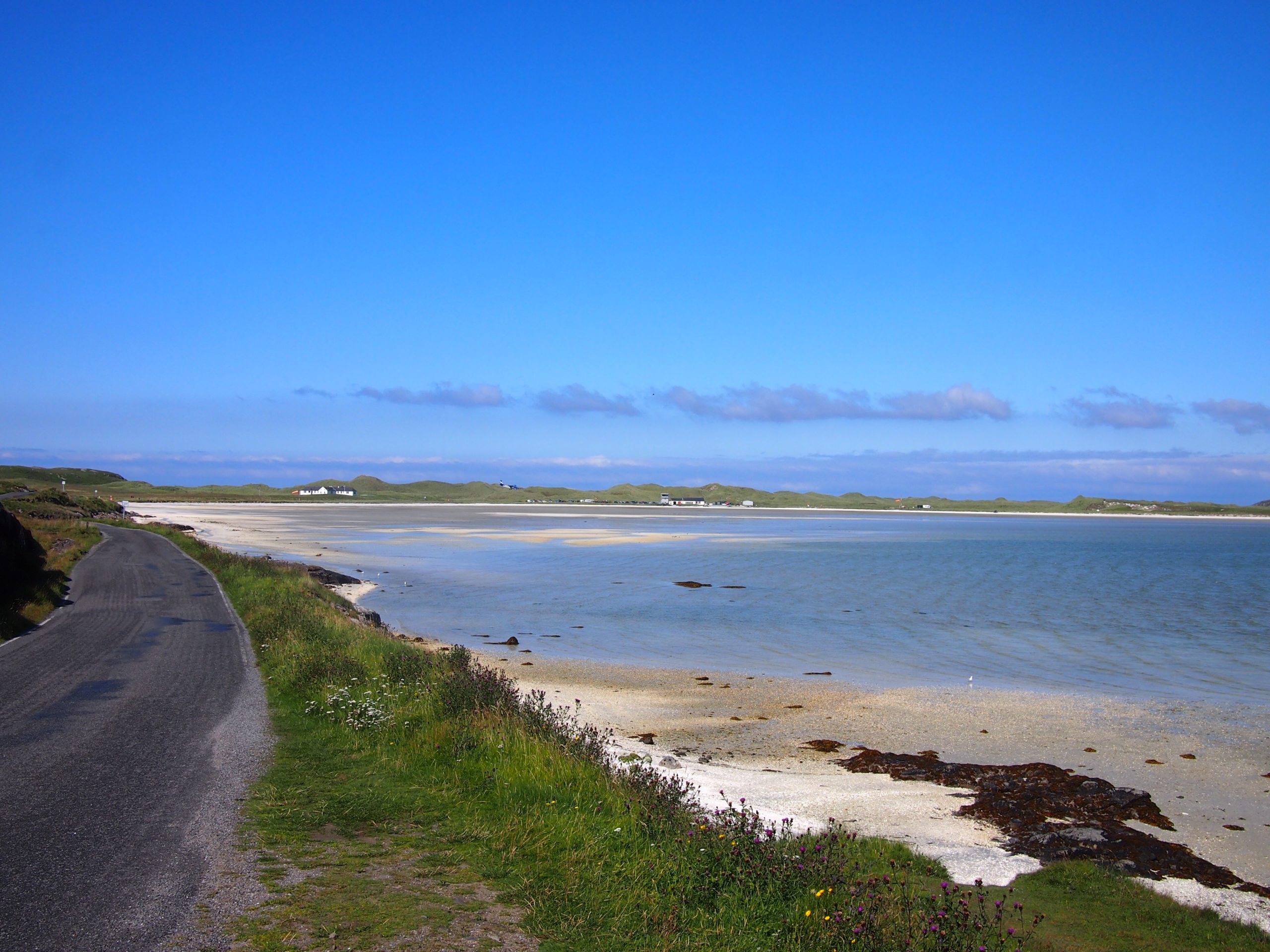 After a picnic lunch, we leisurely explored a bit further along the airport road before retracing our steps to wait for the ferry across the Sound of Barra to Eriskay. We had enough waiting time to enjoy an excellent coffee and homemade cake from the small cafe at the terminal, one of the few businesses on the islands which is open on Sunday. Another small island, Eriskay is where SS Politician, loaded with crates of whisky, ran aground in the 1940s much to the delight of the locals, and the basis for the storyline of the 1949 film Whisky Galore. After a short climb up the hill at the centre of the island, we were coasting down to the pub, predictably called Am Politician. We had a quick pint in the sun before crossing the causeway for a short ride to Kilbride campsite on our final island of the day, South Uist. 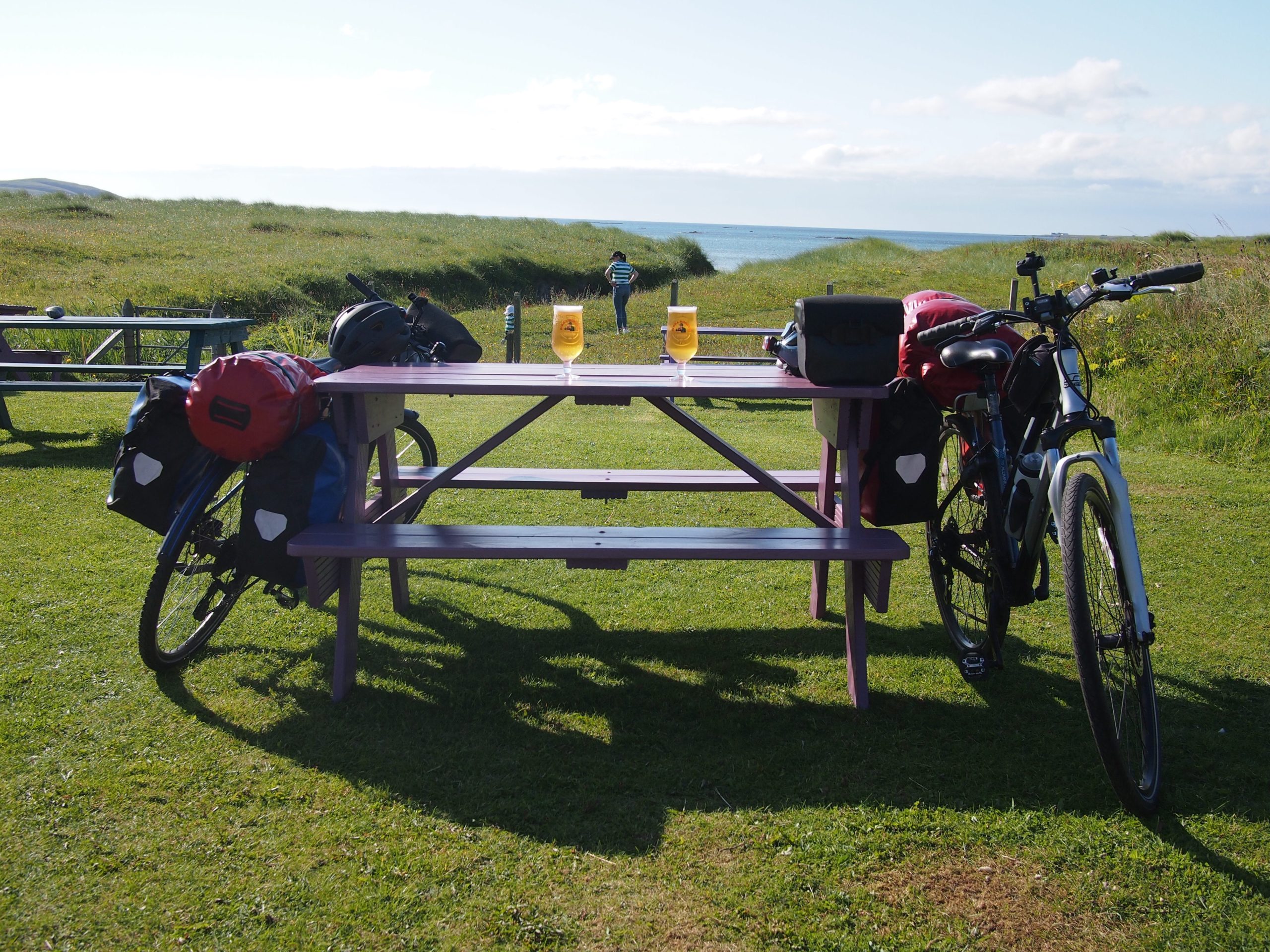 In the beer garden at Am Politician on Eriskay