From Seoul we flew into Shanghai, which makes China the first country we’ve visited twice on our two year trip. The first time we explored the north in and around Beijing, and we knew then that we’d be back to see more of this vast, welcoming country.

Arriving in style, the Shanghai Maglev! 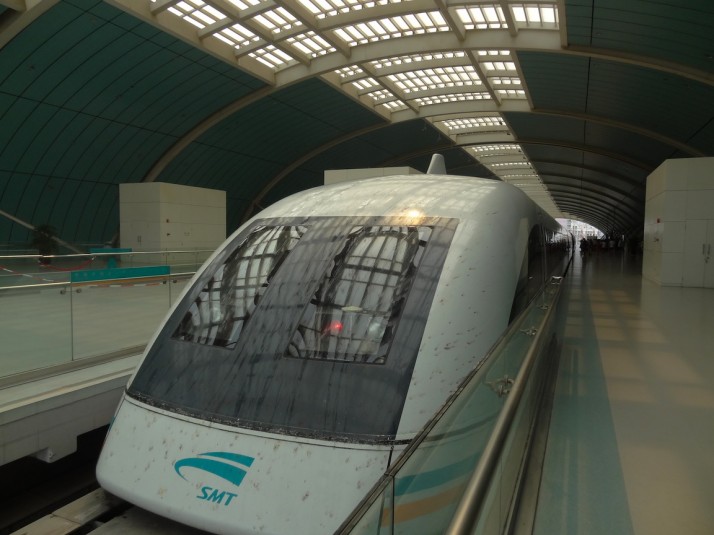 The Shanghai Maglev, one of only 3 Magnetic Levitation commercial train services in the world, also holds the record for the fastest train in the world – it’s levitation, Holmes!

Shanghai has a magnetic levitation train line connecting the airport to the downtown financial district, and as soon as I found out I knew we had to try it! Unlike conventional trains that use wheels and tracks, maglev trains use powerful electromagnets to float, or levitate, over a rail. Because there are no moving parts or contact, there’s less noise and energy lost due to friction which means they can travel faster, but they do need more energy to run and they’re a lot more expensive to build. 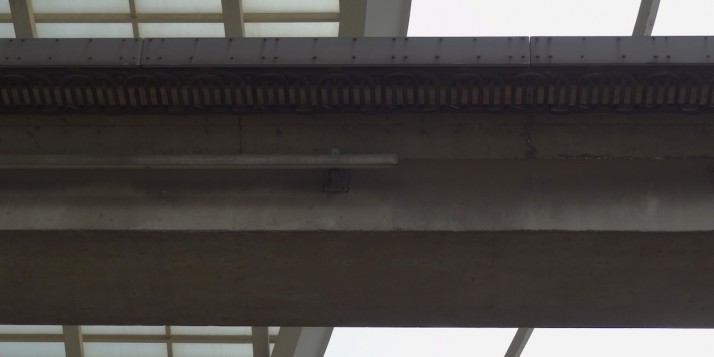 The 30.5 km of rail in the Shanghai Maglev uses electromagnetic suspension which means expensive electrified rail

While the Maglev doesn’t run at its record-breaking speed of 501 km/h (311 mph), the journey took just over 8 minutes and hit a top speed of 301km/h – not quite as fast as the Shinkansen in Japan or the express trains in the rest of China, but it was noticeably smoother and quieter. At ¥40 a ticket (about £4), it was easily worth the experience!

The beautiful old architecture of riverfront Shanghai, known as The Bund

There’s a long history of European influence in Shanghai, the legacy of which can be seen in the riverfront architecture of The Bund. We found a number of self-guided walking tours that describe the various buildings and picked a day that turned out to be clear but very hot indeed! 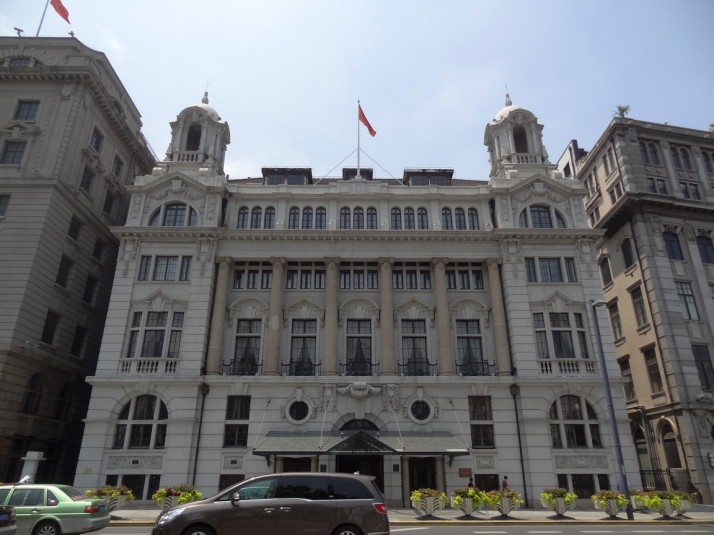 No. 2 The Bund. Originally the Shanghai Club which was the most exclusive Gentlemen’s club in Shanghai in 1920s and 30s, and now it’s the Waldorf Astoria Shanghai (and very swanky it is too – we popped in to cool off in their air conditioning!) 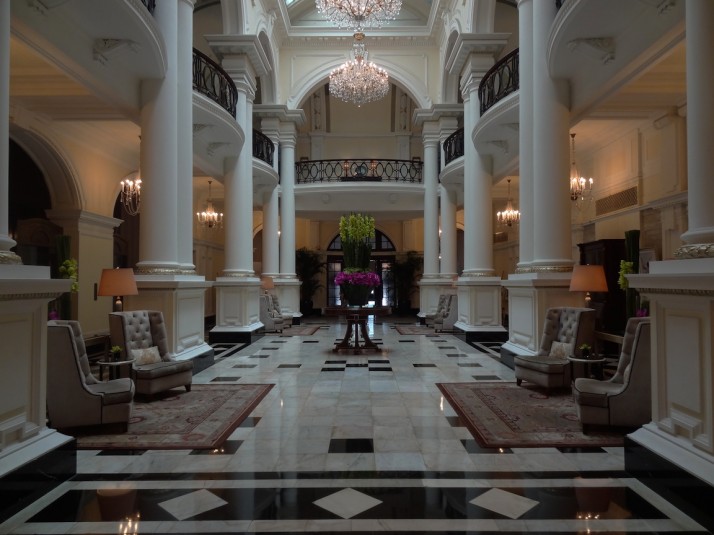 The cool and inviting foyer of the Waldorf Astoria, Shanghai 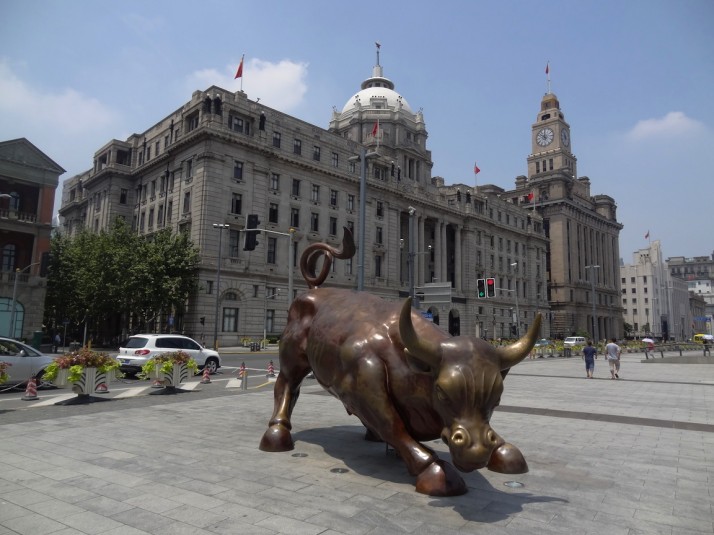 “The Bund Bull” – designed by the same Arturo Ugo Di Modica who designed the Wall Street Charging Bull and more recently one in Amsterdam. The large domed property in the background is the HSBC Building

The Bund stretches for 1 mile from the Suzhou Creek in the north to Yan’an Road in the south. About ¾ of the way up, Nanjing Road goes inland to the west, and used to be the site of the British concession. Sadly the concession buildings and settlement are no longer there, though we did stop in a nearby alleyway for a spot of lunch. 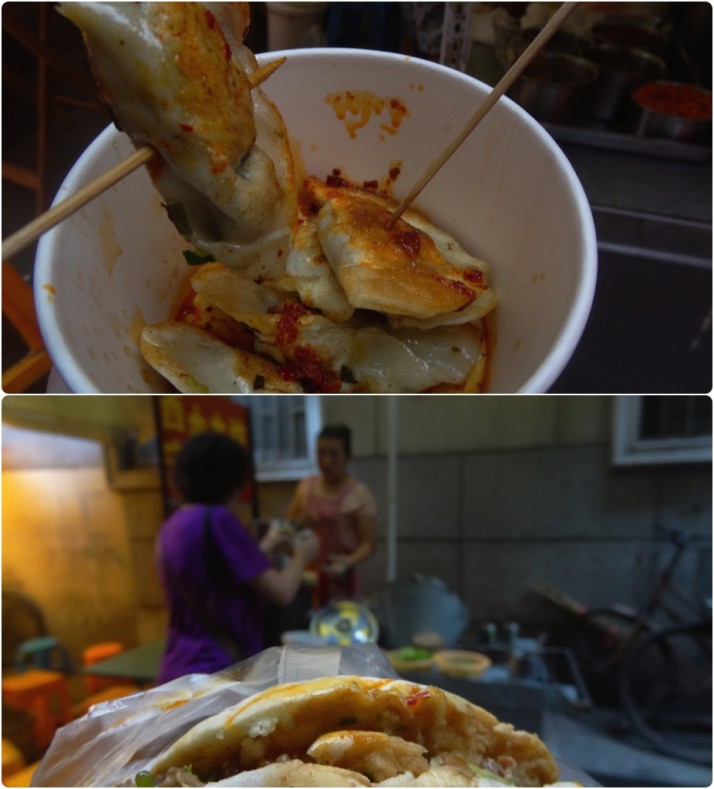 Our side-street lunch just off Nanjing Road – fried dumplings with a “little” bit of spicy sauce, and pork rolls which we’d missed after eating them every day in Datong!

Somewhat ironically, the old financial institution buildings and the Bund Bull face the growing might of the Shanghai Financial District of Pudong just across the Huangpu river.

The Shanghai Pudong Financial District, including the 2nd tallest building in the world, the Shanghai Tower (centre right) 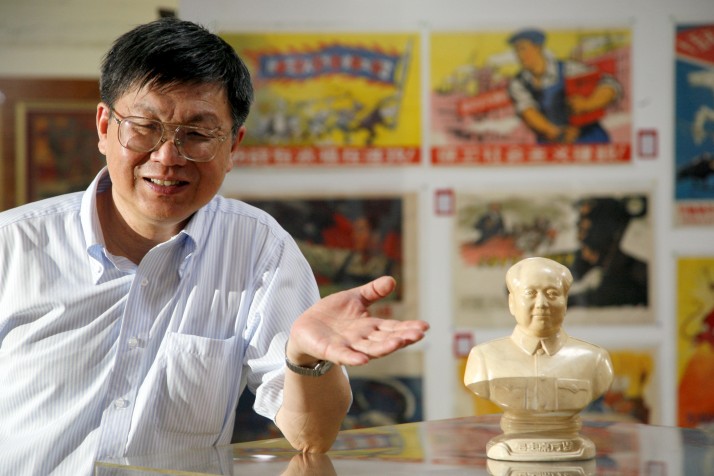 The mundaneness of the surroundings only heightens the feeling of discovery and clandestineness as we looked through nearly 100 years of Chinese public poster art from early 1900s, and through the rise of Chairman Mao. 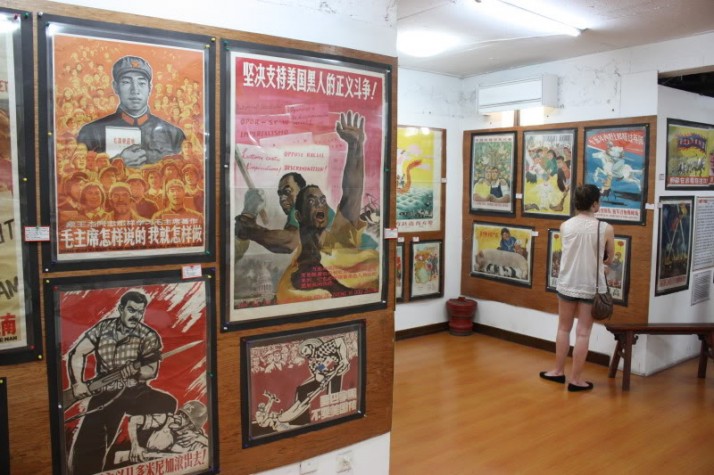 The first room is largely chronological from the 1930s (photo source: GoAsia.co)

Understandably we weren’t allowed to take photos as the museum supports itself by selling prints and postcards of many of the works (as well as the small entrance fee), and although the overall order seemed a little disjointed in places, there were translations and explanations for most of the posters which set them in their historic context of Chinese and world events. 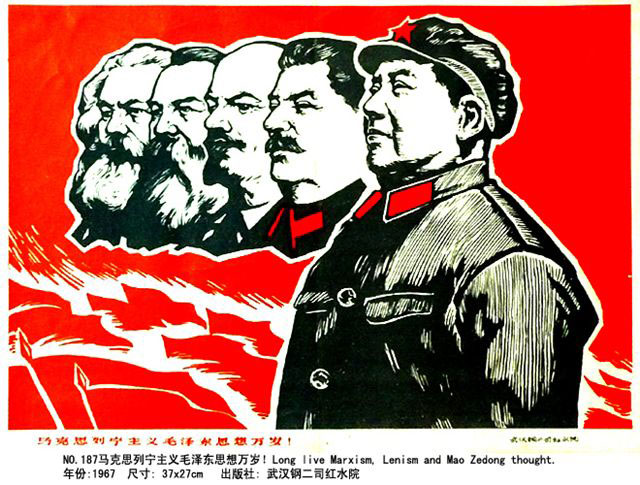 While most of the art was inward, enthusiastic Communist messaging, there were some examples that rally the East against the Western aggressors during the Second World War and the Vietnam War. I love to see history from the other side to that which I have been taught, and this collection of poster art is fascinating for both its historical significance as for its artistic style and development. 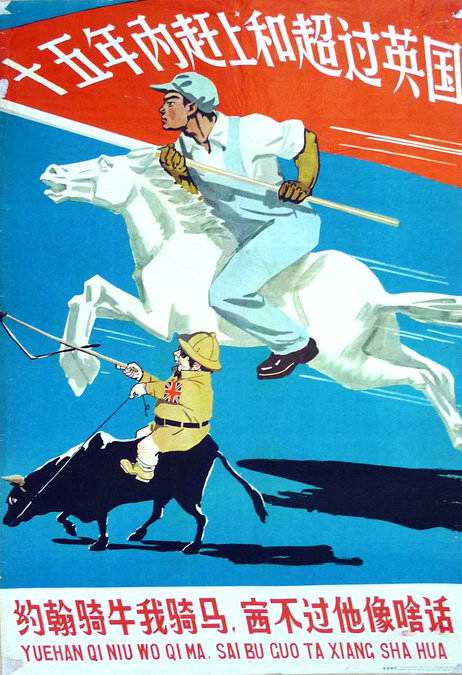 Propaganda poster depicting the UK. The caption reads: “John rides the ox and I ride the horse, what a shame if he wins the game.” (photo source: Agustinus Wibowo)

One thought on “Shanghai, China”