Here’s our summary of the last three months… 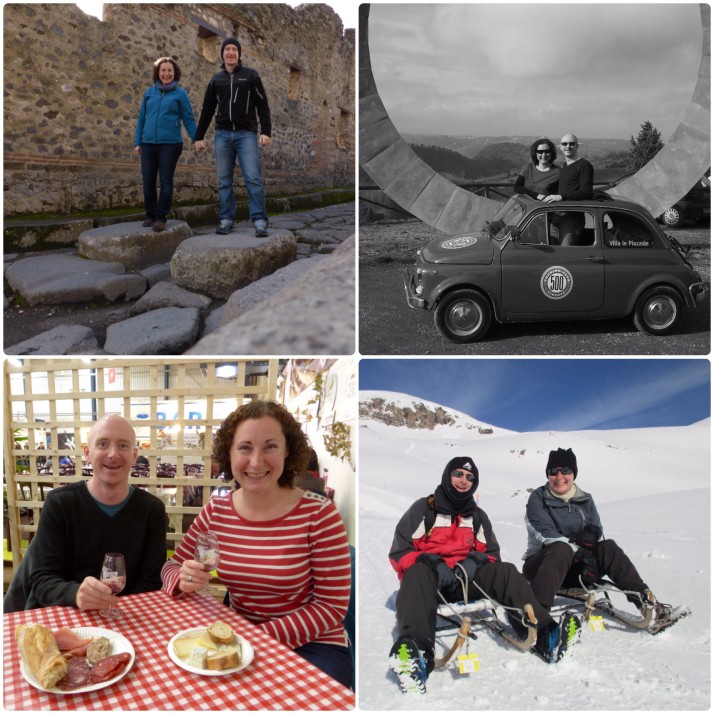 Clockwise from top left: Pompeii; Fiat 500 tour near Florence; sledging at Grindelwald in Switzerland; good food and wine in France

Yes, although the spend across the three months was uneven with the average for January and February being around £60 as we didn’t move location often in relatively inexpensive Italy, shooting up to £90 per day with shorter stays in the more expensive Switzerland, France, Luxembourg and Netherlands. Our average daily spend over the three months has been £69.61. Our daily spend to date since we left home has been £69.83. 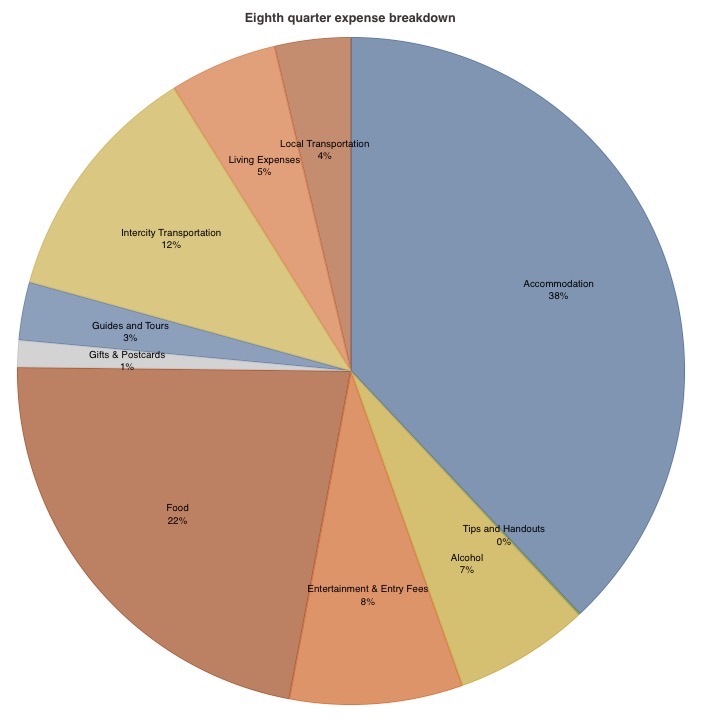 Julie – How much overlap there is between English and the Romance languages. I know a little Spanish and was surprised by how much Italian, especially written Italian, I could understand, and when we were with our friends in France it became a bit of a joke that any word (especially longer words) that they didn’t know how to translate they could just say with an English accent and 90% of the time it would be the same word!

Andrew – We’re always trying to seek out the local specialties and what has surprised me most is how rich Europe is in diversity. In Italy the shops have aisles dedicated to different pasta, in France the bakeries are similarly stocked with amazing varieties of fresh bread, and in Switzerland (and France) we sampled many lovely cheeses. We had no idea there are two languages spoken in Toulouse, or that ‘pain au chocolates’ are known as ‘chocolatines’ in the south west of France (which is derived from said language), and with help we tried our best to educate our palates with fine wines from Bordeaux and Burgundy.

Not much to be honest, we’re kind of in the travelling groove now and Europe has all the creature comforts we need. One thing that I hadn’t realised that I missed are lighter evenings in the summer. For most of our time in Asia we were much closer to the equator and it would get dark around 5-6pm but as we move further north and get closer to spring it is light until at least 7pm and soon much later. I like it.

Julie – I’m going to say the day that we spent touring the food hotspots of Testaccio in Rome. The food all over Italy was even better than I had expected, made (and consumed) with such passion that it would be impossible not to catch the excitement. The added bonuses of the keyhole with an amazing view and the Protestant Cemetery were just the icing on the cake.

Andrew – Oh man, that’s especially tough to answer this time around because we’ve seen so many of the famous, iconic sights known the world over: The Leaning Tower of Pisa, Pompeii, St. Peter’s Basilica in the Vatican City, Michelangelo’s David, The Colosseum and Forum of Rome, The Atlas control room for the LHC at CERN, The Veiled Christ in Naples.. I remember them all, but as you’re forcing me to choose just one, I’d pick the Sistine Chapel as much for the story behind it as well as its awesome artistic accomplishment.

On a windy day in Naples, near Castel Nuovo, we were approached by a woman who asked “Do you speak Russian?” (in Russian) and as if by reflex Andrew replied “Izvinichi, ya nee gavaryu pa Ruskii” – “I’m sorry, I don’t speak Russian” – in Russian, which halted her in her tracks and put an intense expression of confusion on her face. Fortunately she then spoke enough English that we were able to help her with some directions!

Fernando, our Fiat 500! What do you mean he’s not a person? He certainly has a lot of character, and if you don’t speak to him nicely he definitely won’t make it up the hills. 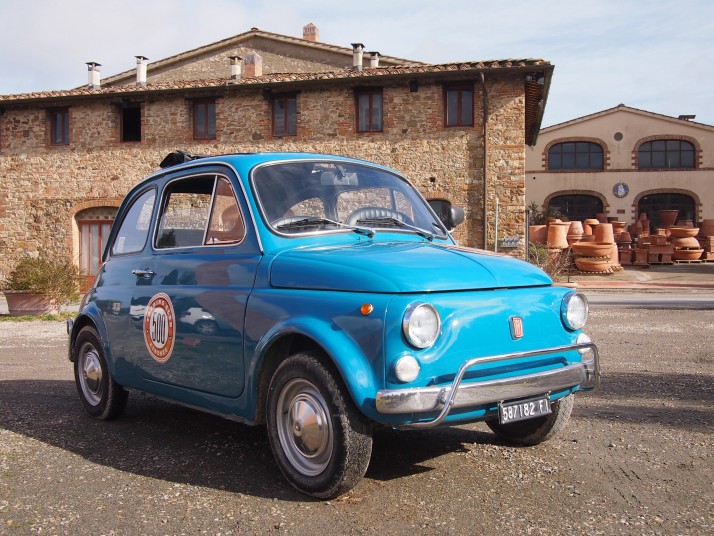 Finally, what have you found to be the greatest challenge?

Striking a balance between enjoying the travelling while it lasts and thinking about what to do after we get home… To be honest, we’ve probably spent more time in the former mindset but it does weigh on us occasionally that we’ll be hitting a different kind of lifestyle in a few months/weeks time.