Before we arrived in Cuba we wondered how common the classic 1940s and ’50s American cars would be, given that the newest would be 57 years old by now and their maintenance would have been severely hampered by post-Revolution trade embargoes. The fuel shortages during the Special Period of the 1990s meant many vehicles sat unused as people took to bicycles and public transport.

However, we soon learned that the resourceful Cubans have worked miracles to keep so many of them running, their tough life evident in a patchwork of dints, bumps, scrapes, makeshift repairs and resprays which only added to the charm, and complemented the dilapidation of their surroundings. 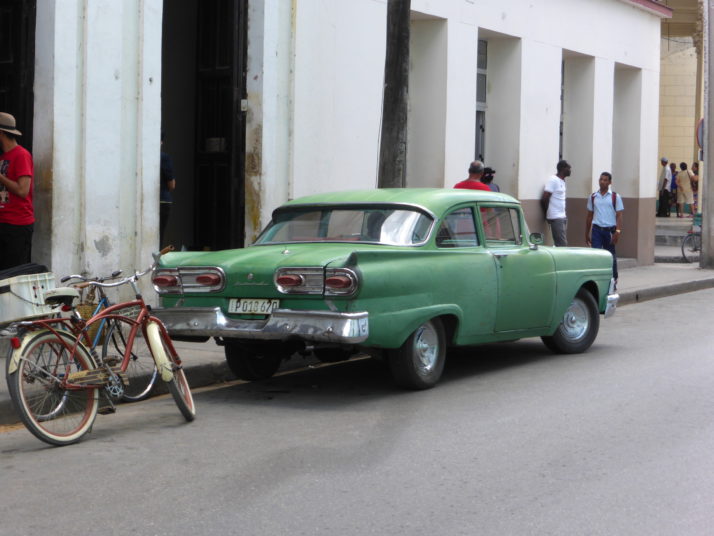 The thing we noticed most was the size of the classic American cars – they’re huge! The modest tail fin puts this Ford in the mid to late 1950s, when pointed tailfins and chrome were the futuristic fashion – America was in the Space Race with the USSR at the time 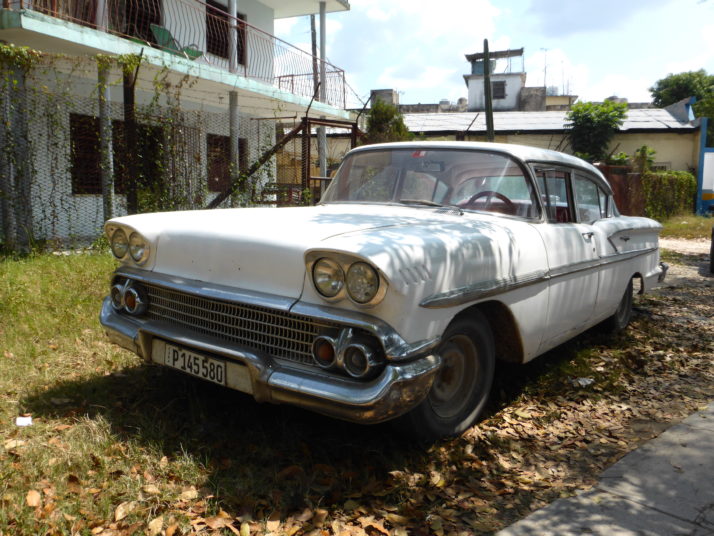 Unlike this 1959 Chevrolet Bel Air Sedan, which is how I imagined I would see a lot of the cars in Cuba; up on stilts, patiently waiting for its owner’s fortunes to change 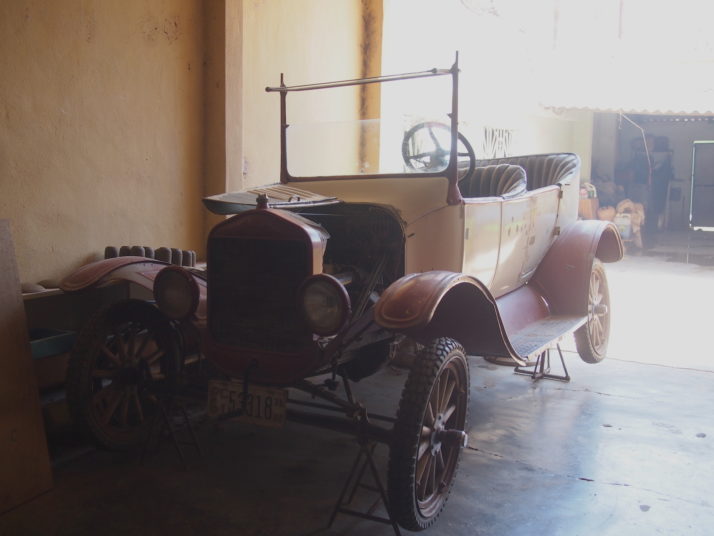 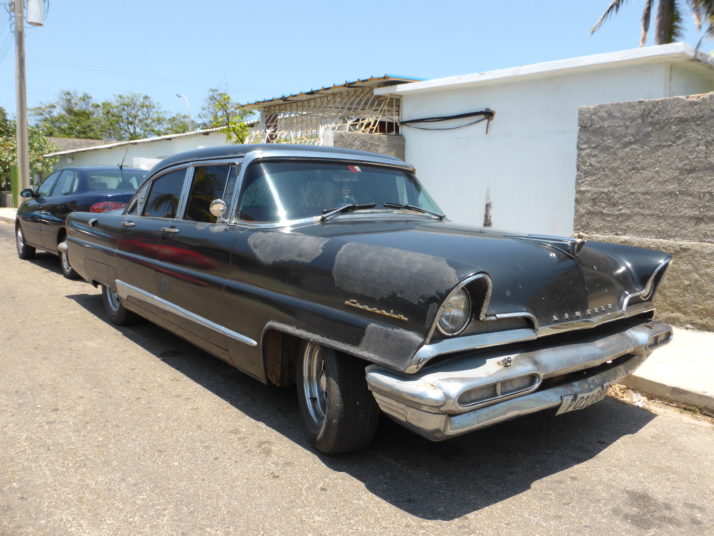 The largest ‘sedan’ we saw was this monstrous late 1950s Lincoln Premiere – even the 2-door version sits 6 people! Many people took to cycling as their mode of transport in during the economic crisis known as the Special Period and “bici-taxis” or bicycle taxis are still a popular form of employment and transport today. They typically have a simple roof providing shelter from the sun and the rain, but we loved the unique design and colourful artwork on these bici-taxis in Camagüey 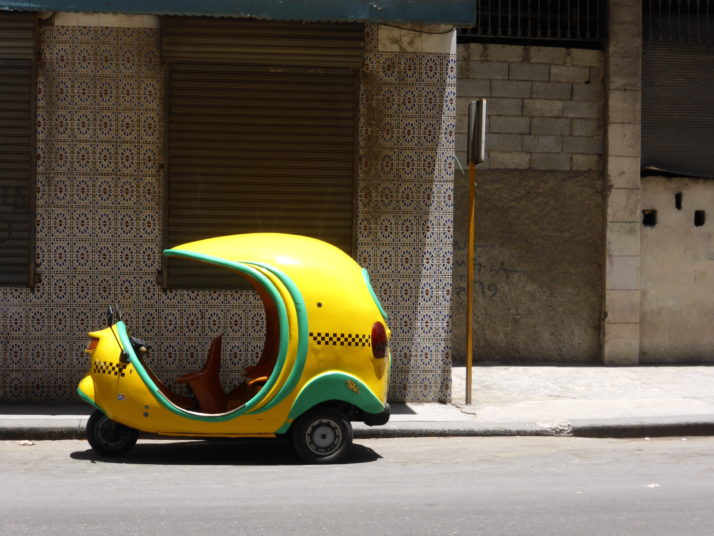 Slightly larger than a bici-taxi and unique to Cuba are CoCo-taxis, small motorised vehicles that get their name because they resemble the shape of a coconut 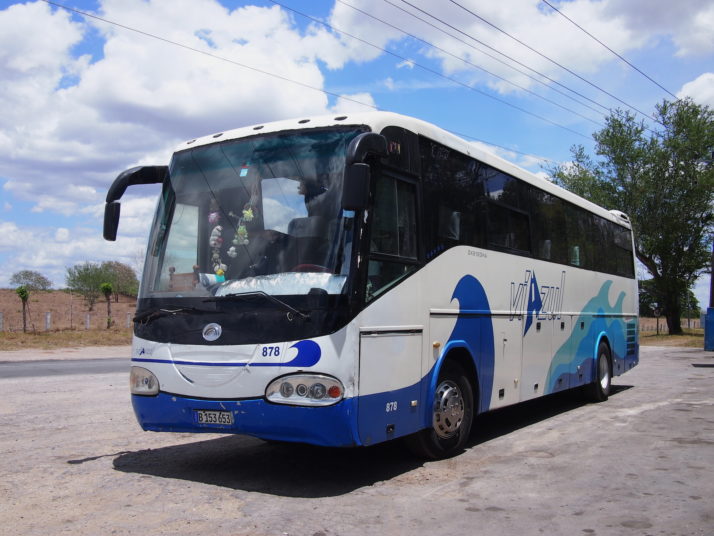 We’ve written about a few of our public transport experiences, such as taking a bench-seat passenger truck from Baracoa to Moa, a Pontiac colectivo from Moa to Holguin, and a ‘camion’ or converted truck which was pretty much standing room only! For the longer distances we usually used the Viazul coaches for the comfort of the seats and the air conditioning (which was a bit too cold sometimes, even for me!). There’s a rival service called Cubanacan which runs between Havana, Viñales and Trinidad and we’d recommend them as their pick-up and drop-off locations are more central than the Viazul stations

We made use of private taxis for bus station transfers and the odd half-day excursion. Typically they’d be Ladas which were pretty common on the roads of every Cuban city we visited. I’d say about half of them had been modified, sporting huge drain-pipe or even sewer-pipe sized exhausts! Lovely examples of the more original, unmodified Ladas we saw. From front to back, I think they’re an AvtoVAZ VAZ-2103 (exported from Serbia as the Lada 1500); It’s precursor and first AvtoVAZ car the VAZ-2101 (Lada 1200/1300); and the yellow one at the back is likely an earlier revision still, as it more closely resembles the car the other 2 are based on, the Fiat 124. 3 generations in a street! 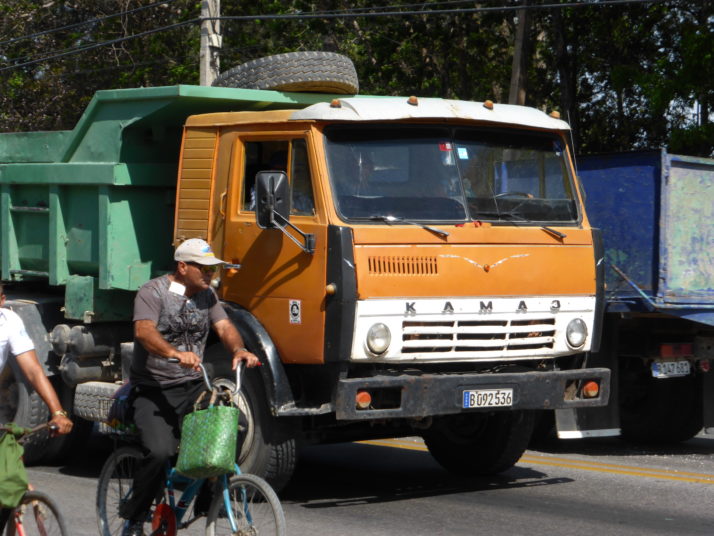 Familiar to us from our travels in Russia is the Russian brand Kamaz. We saw plenty of their trucks on the main roads

There are mechanical garage services like we have here in the UK, but we also saw a bit of roadside maintenance being carried out in the street too.. An advantage of a huge car is the boot can hold all the tools for an owner’s workshop, like this one in a back street in Havana’s Old Town We also saw a couple of chassis that had been stripped and resprayed, though I’m not sure this particular shade was one of the manufacture’s original swatches..

The result of the restorations are amazing – even though we were in Cuba for 6 weeks, we never tired of looking at them and we never saw two cars exactly alike either.. 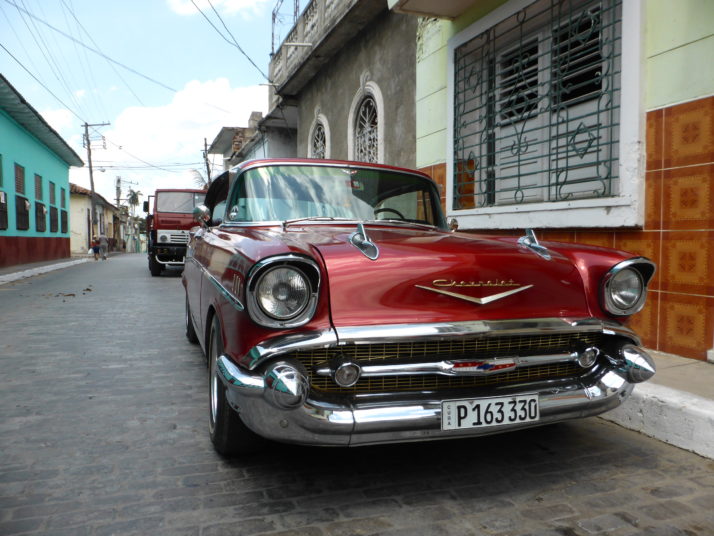 And a slightly newer Bel Air Sport Sedan from 1957. Chevrolet was the most common marque of classic car we saw in Cuba, which isn’t surprising given how popular they were in 50s and 60s America

Unsurprisingly, the cars in the best condition were to be found nearest the tourist money in Havana and Varadero. We found that the main road along the Varadero peninsula was ideal for classic car spotting.. 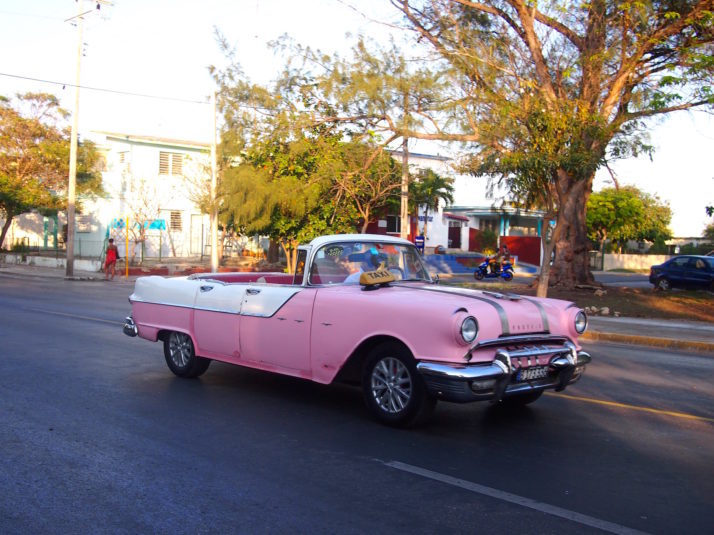 A two-tone pink and white Pontiac 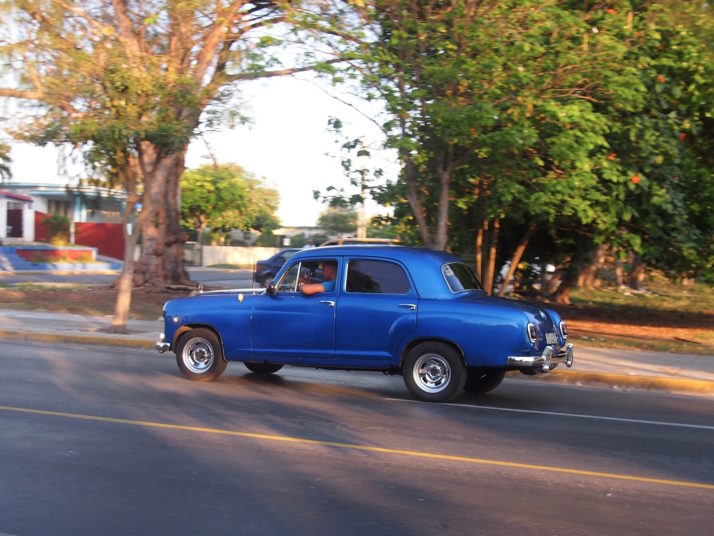 There were very few non-American classics from the 1950s, but we did spot this Mercedes-Benz W120 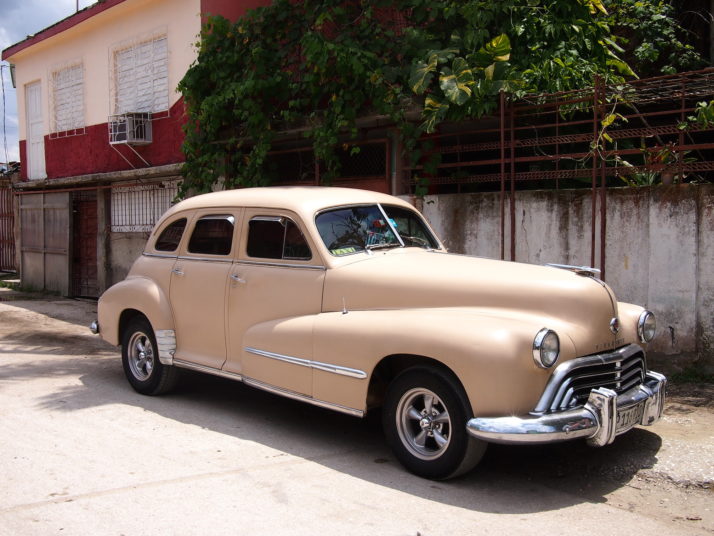 We spotted this near pristine Oldsmobile 98 sitting in a back street in Holguin. It looked even better when the sun came out! 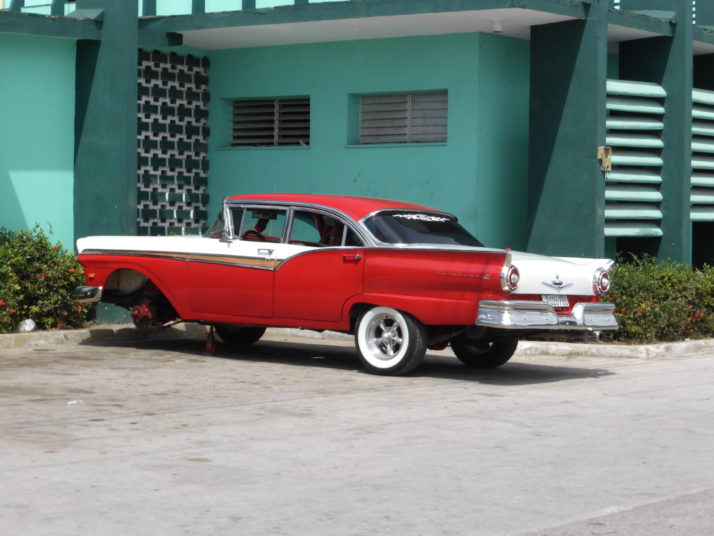 I really liked seeing the whitewall tyres, and they’re a lovely complement to the paintwork on this beautiful Ford Fairlane 500 And speaking of paintwork, there was always a line up of gleaming, vibrant motorcars at the end of Parque Central opposite the Gran Teatro de la Habana One thought on “Cars and transport of Cuba: a photo essay”