What photo takes you right back to Istanbul?

We visited so many historic mosques in Istanbul and Blue Mosque was one of our favourites. 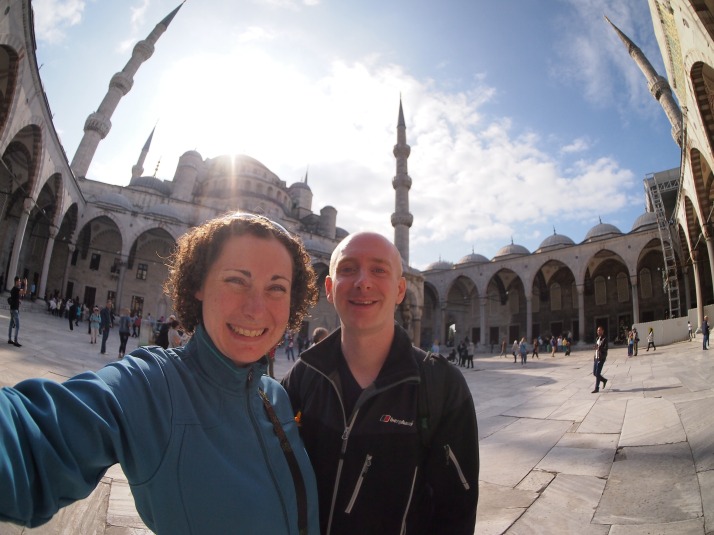 You really know you’re in Istanbul when…

…you can spend the morning in Europe and the afternoon in Asia without even leaving the city.

What one item should you definitely pack when going to Istanbul?

Ear plugs. With so many mosques in the city you’re bound to be sleeping within range of one and the first call to prayer is at dawn, which was about 4.40am after the clocks went back. We quite liked the sound of it but maybe not so good if you’re a light sleeper.