The Reggia di Caserta or Royal Palace of Caserta is the largest royal residence in the world. Started in 1752 by Charles VII of Naples, he abdicated just 7 years later to become becoming King Charles III of Spain before it was finished. 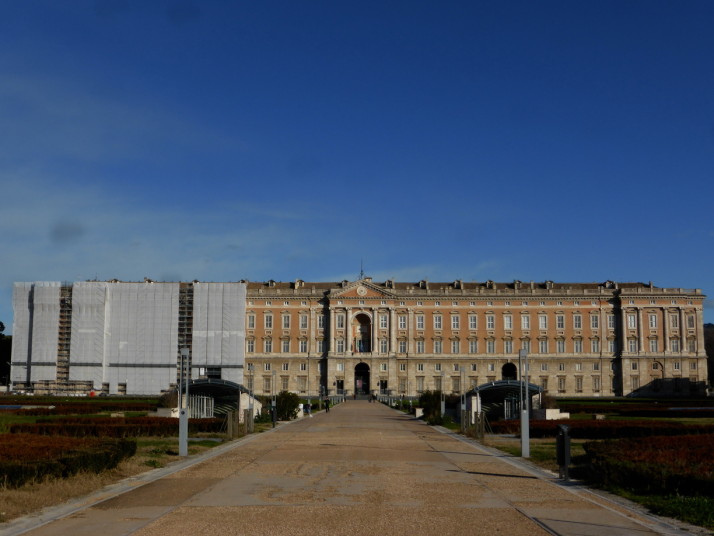 The Royal Palace of Caserta. Largely inspired by the Palace of Versailles in Paris in terms of looks and choice of location away from the hustle and bustle

We thought we’d make the most of the nice morning and walked straight through the palace to start with the huge gardens.. 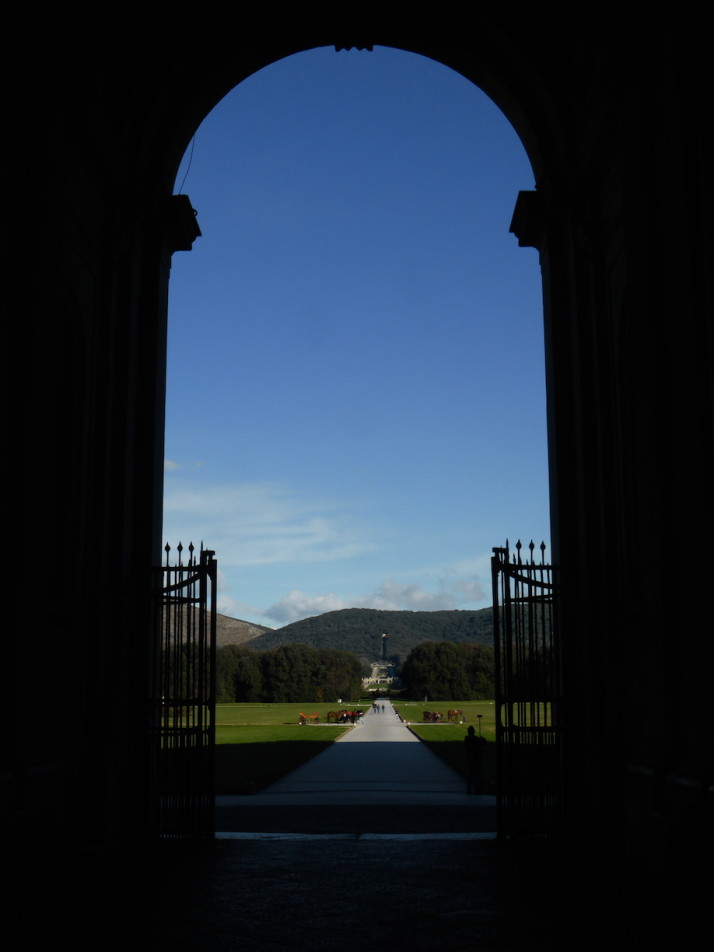 The view of the extensive gardens from the ground floor of the palace. Lovely! 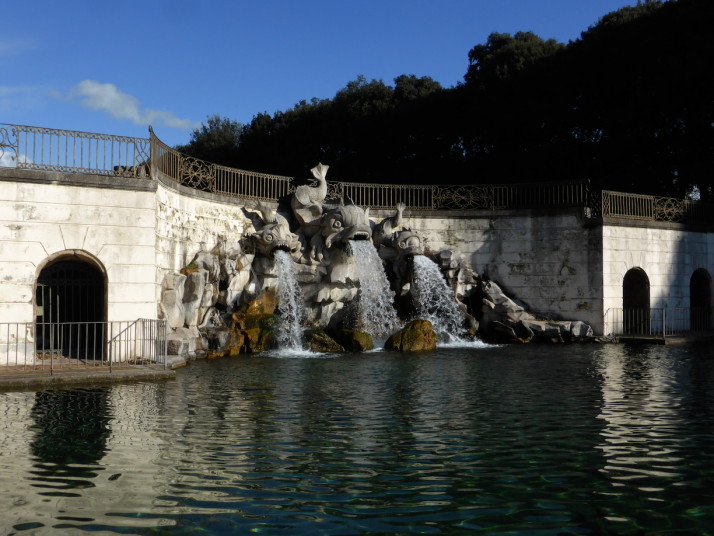 The first of the waterfalls on the cascade that flows towards the palace is the Fountain of Dolphins. Its scale and lavishness reminded us of Peterhof palace in St. Petersburg, Russia 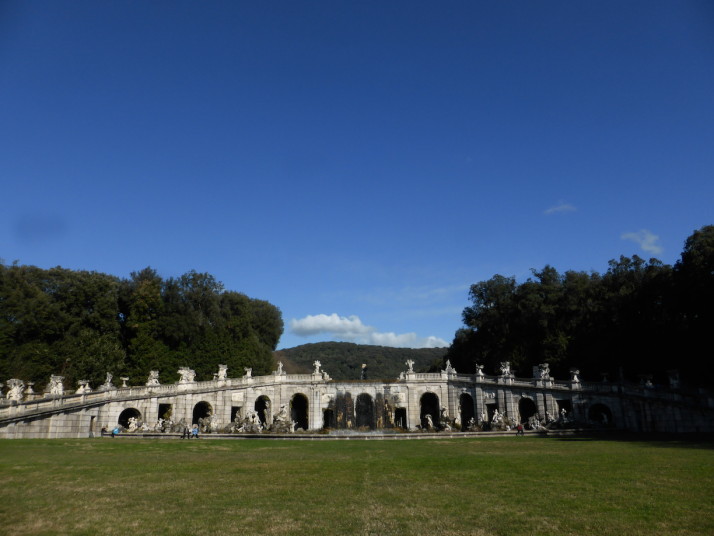 The largest of the fountains on the cascade – the Fountain of Aeolus, who was the ruler of the winds according to Greek mythology 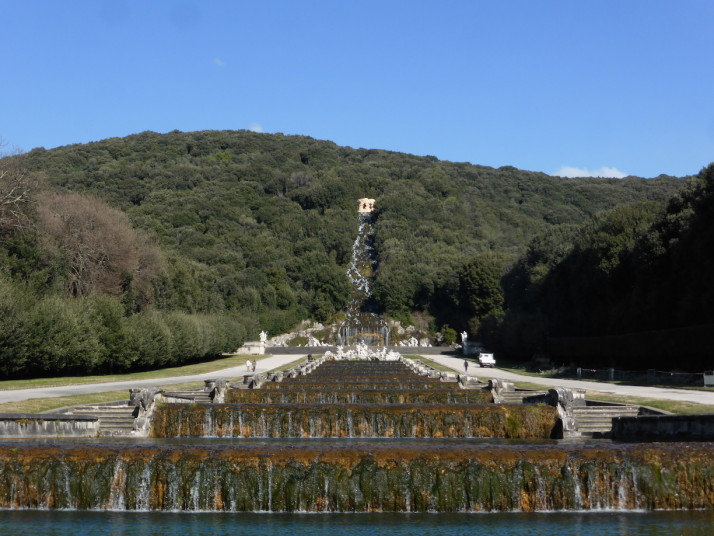 The sections of water are separated by long rectangular lawns that end at fountains or pools. It’s a really nice effect and beginning of the waterfall on the side of the hill also reminded us of Alnwick Gardens near home

At the final fountain we found the entrance to Il Giardino Inglese – the English Garden! 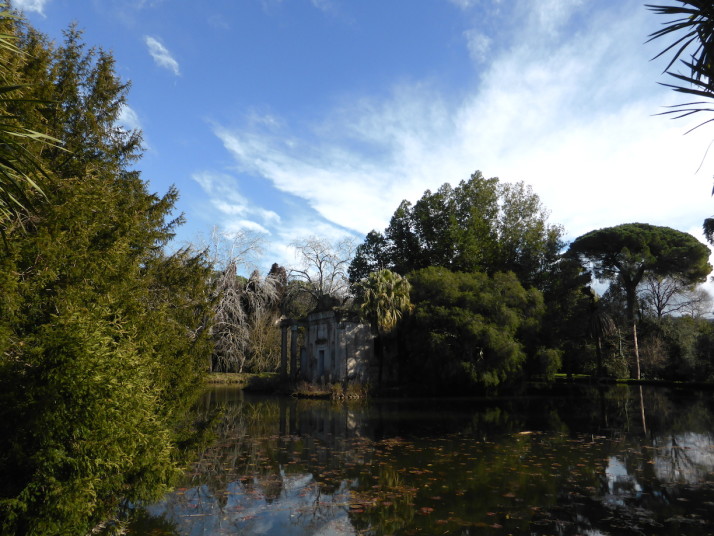 After a spot of lunch and a look around the garden’s greenhouse, we headed back down the formal cascade to check out the state and royal rooms of the palace. 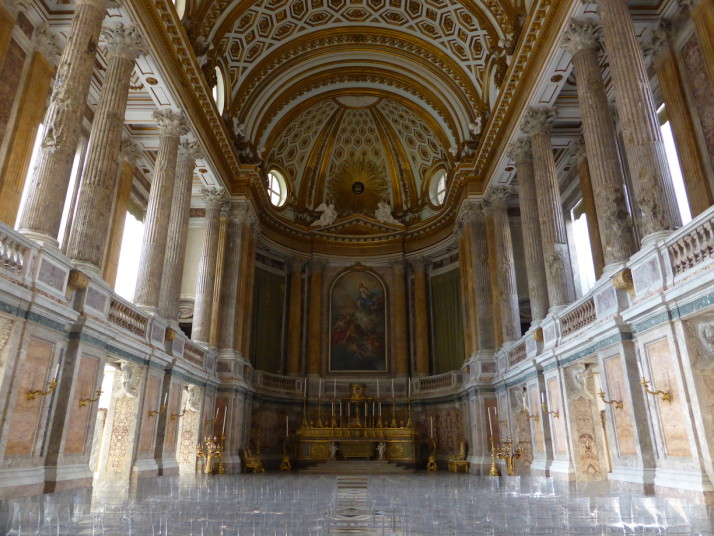 At the top of the grand entrance staircase is the Palatina Chapel. The chapel was badly damaged and the artwork was lost due to bombing in World War II, and has been reconstructed 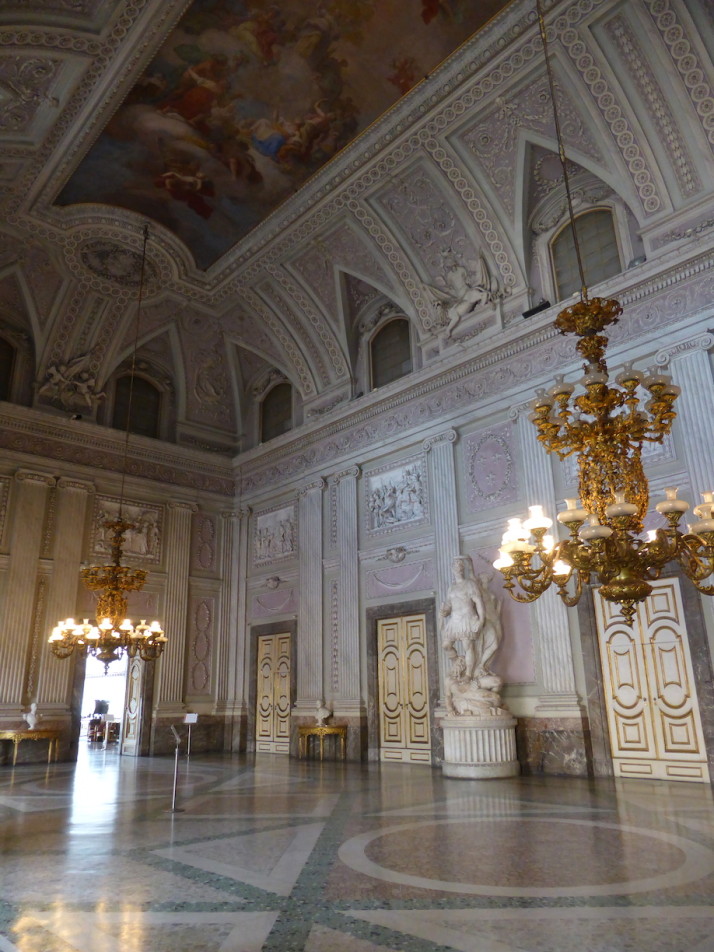 The first of the grand rooms on the tour route is the Sale Alabardier, or room of the halberdier (men armed with a halberd). Sumptuous! 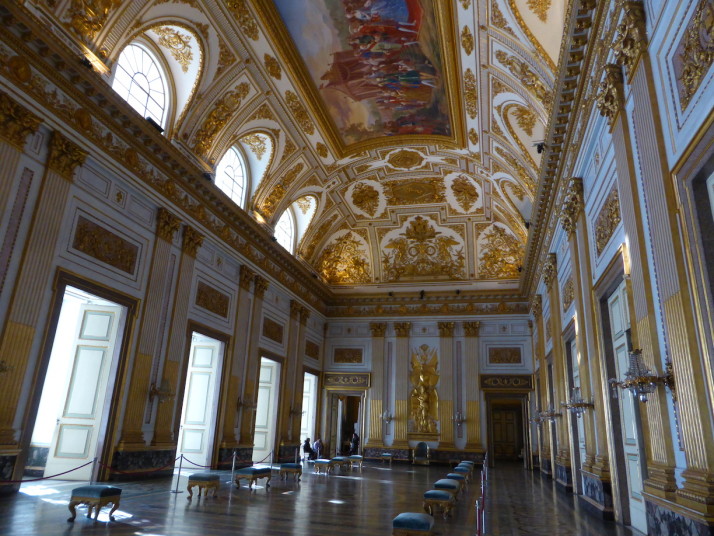 After the Sala Alabardieri, we walked through another 6 large state rooms, each as exquisitely decorated, before reaching the largest and most stately – the Throne Room. The Royal Palace of Caserta exceeds the Palace of Versailles in number of rooms decorated with frescoes

The tour route then goes through some of the more private royal apartment rooms such as bedrooms, bathrooms, studies and the library, before ending with a couple of armoury rooms and the royal nativity which is even bigger than the ones we saw on Via San Gregorio Armeno, the “Nativity Street”. 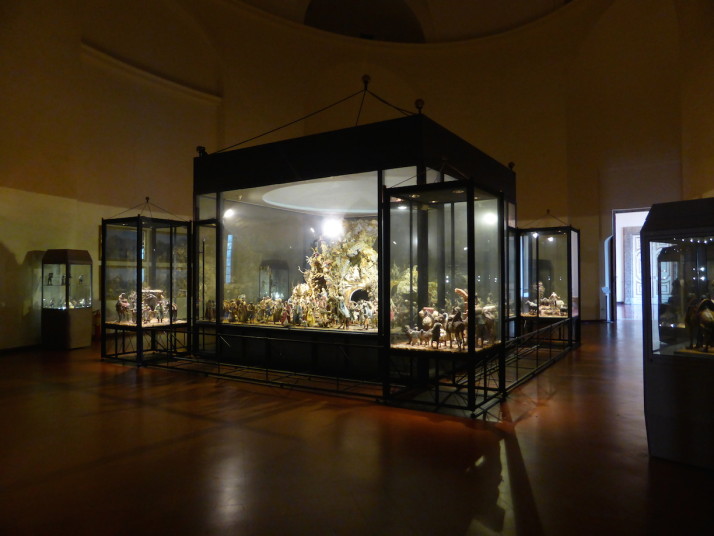 The massive nativity scene reminded us of Via San Gregorio Armeno in the centre of Naples, otherwise known as “Nativity Street”

The Palace of Caserta deservedly holds UNESCO World Heritage status. We loved wandering through the gardens reminiscing about home and the other places we’ve visited on our trip that it reminded us of. It’s also worth a final mention that you’ve probably seen it already, especially if you’re a fan of Star Wars, and it also doubles for The Vatican in the movie Angels and Demons!