“One of the most outstanding museums of the world” – The Guardian

A large part of north-western Uzbekistan is actually an autonomous region called Karakalpakstan. Mostly desert, and once a part of Kazakhstan, this dusty, barren landscape hit the limelight in 1998 when the New York Times published an article about an art museum with a story just as amazing as its collection. 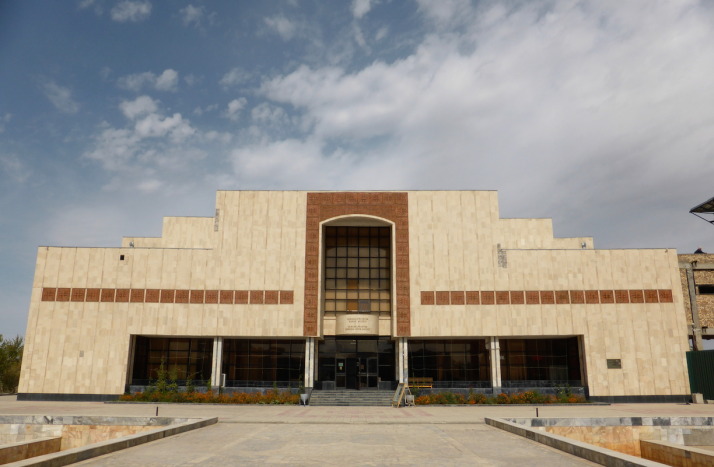 The Karakalpakstan State Museum of Art today. Created and curated by Igor Savitsky, it’s also known as the Nukus Museum or simply the Savitsky Musuem 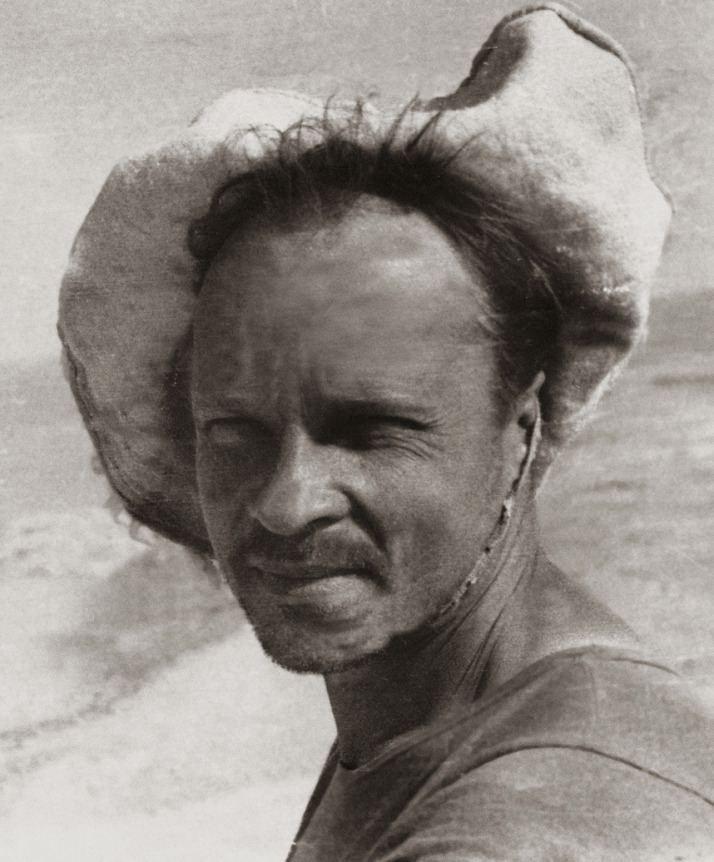 Igor Savitsky (1915 – 1984), an artist himself, escaped persecution at the start of the Soviet Revolution by training as an electrician, afterwards dedicating his life to the preservation of cultural artefacts of the Kazakh and Uzbek peoples, and later the works of Russian artists who fell foul of the Soviet Union’s changing tastes during the 1930s and 40s.

Not long after the New York Times article, Amanda Pope and Tchavdar Georgiev, a couple of independent film makers who were wrapping up another project in Tashkent, heard about the Savitsky museum and decided to make a documentary about it. In 2011 they released “The Desert of Forbidden Art.”

After watching the film, we were keen to show our support for the work of the museum in its preservation of the 90,000-odd works Savitsky was able to collect. We booked a 1 hour guided tour which took in the 2 floors of the main museum building. 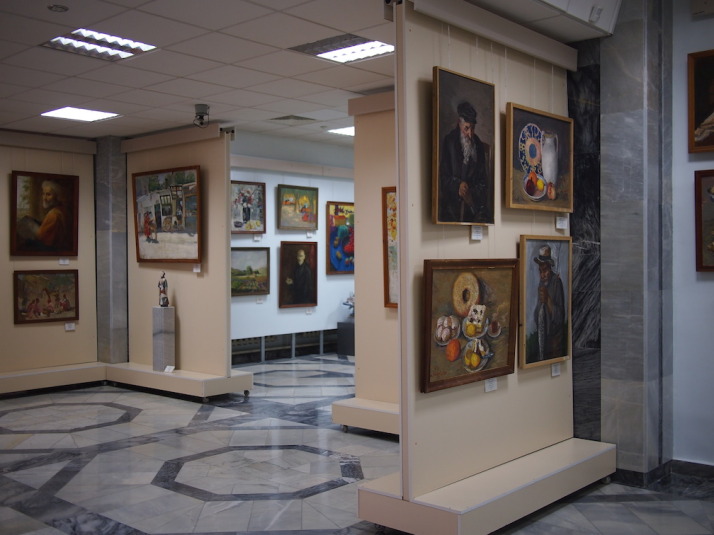 Starting with the ethnic collection of traditional costumes, our guide Ays explained details of the ceremonies, the jewellery involved, and the embroidery skills used to make the decorations for the traditional nomadic Karakalpak home, the yurt. 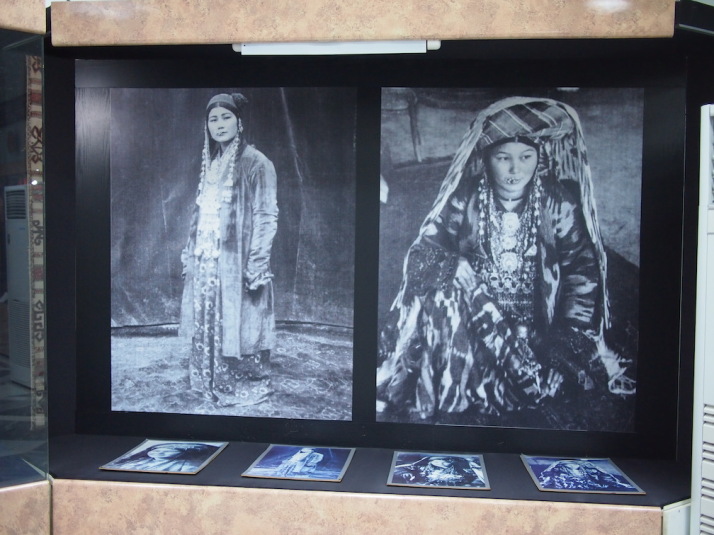 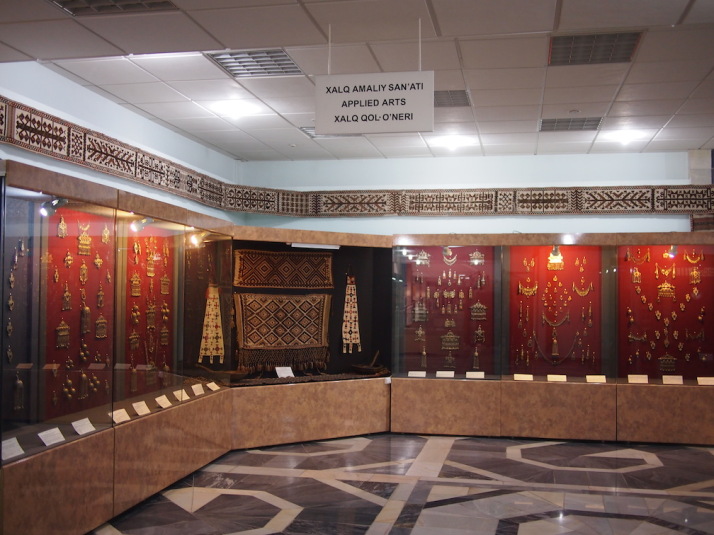 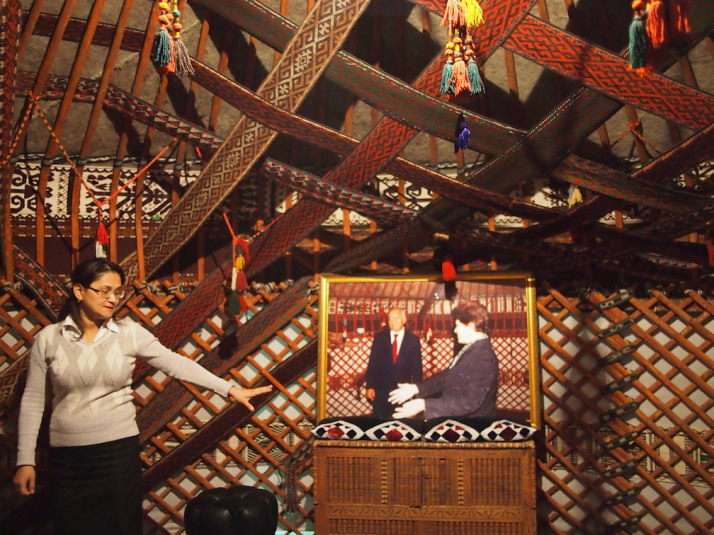 Ays, our guide, explaining about the central chest of the museum’s 6-wall yurt. The photo is of Uzbekistan’s President Islam Karimov with the current Director of the museum, Marinika Babanazarova 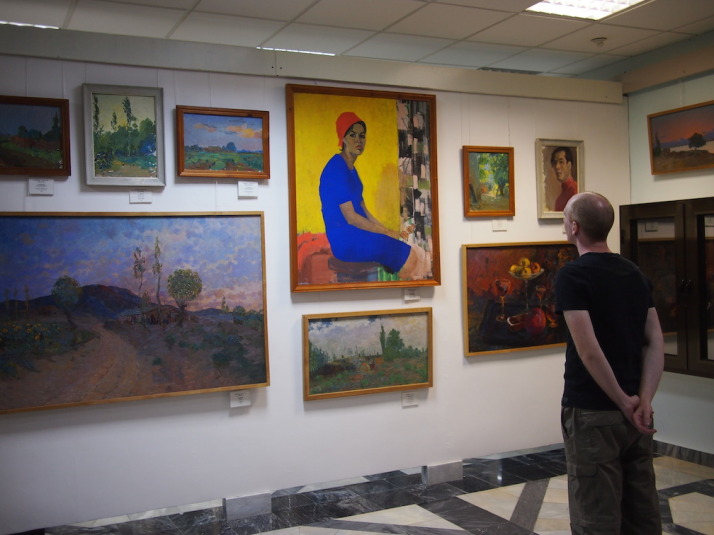 But it was the entirety of the second floor that we’d really come to see, and Ays deftly switched to retell the history of each artist on display and the significance of their works exhibited. 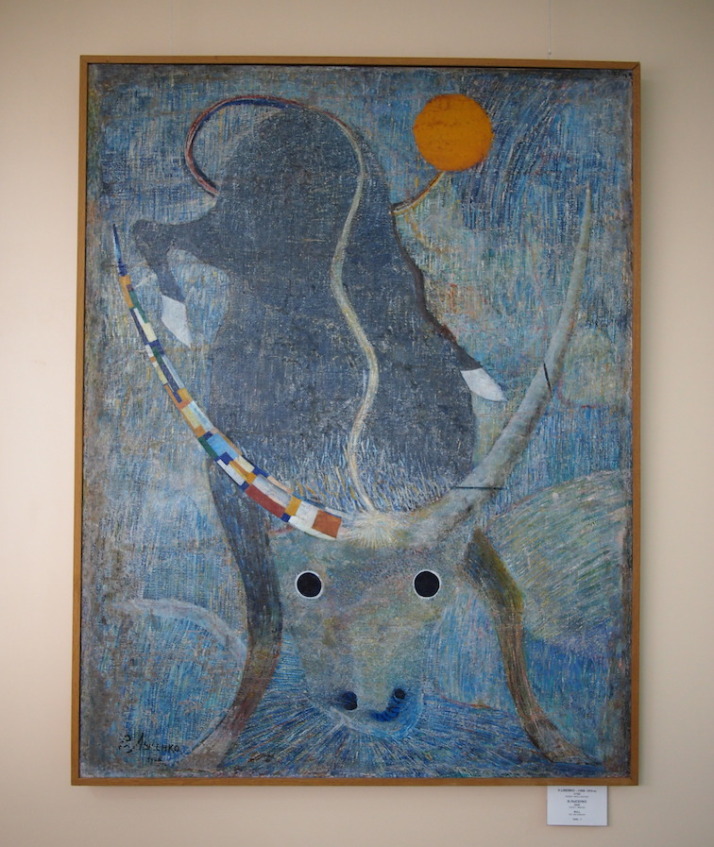 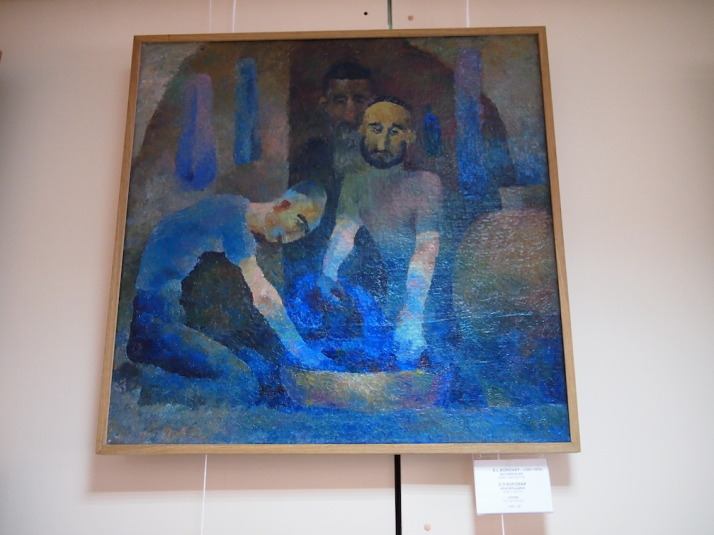 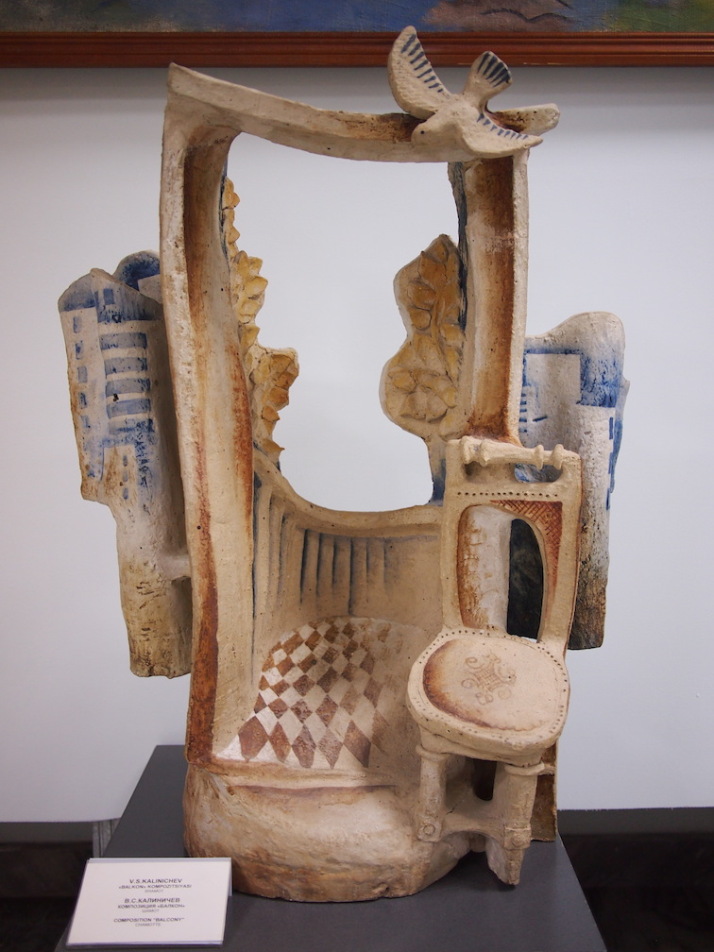 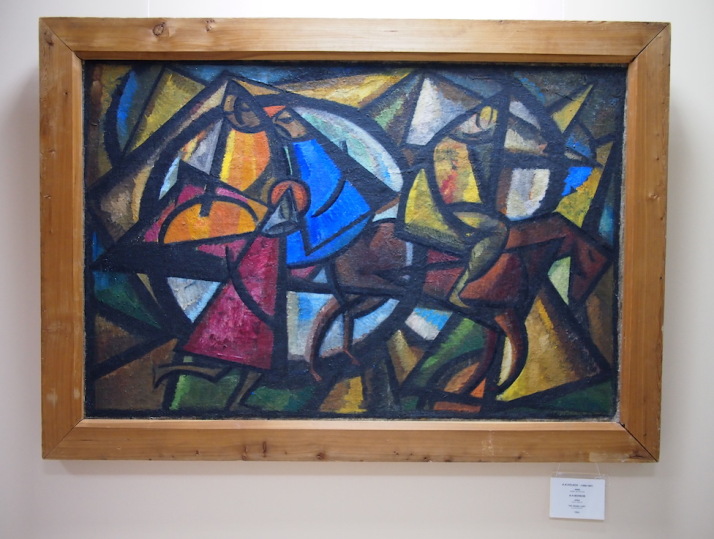 If this museum or its collection were pretty much anywhere else in the world, it would be full of visitors, but on the Sunday we were there, we counted 5 other visitors over 3 immeasurably enjoyable hours.

We were pleased to find that the museum is now in a better state of repair than was depicted in the film, and that there are two new buildings under construction on the site, one specifically for preservation and restoration. With a completion date of late 2016 this is one museum we’ll hopefully be back to see in a few years time.