Our final few days in Cambodia were spent back in Phnom Penh applying for our Thai visas, and then it was time for the journey to Bangkok. We had thought of flying, but in the end decided that we preferred to go overland. Not so much, however, that we were willing to buy the ticket direct from Phnom Penh to Bangkok (15+ hours bumping along Cambodian roads in a single day wasn’t our idea of fun). So we broke the journey with another night in Siem Reap and discovered that splitting the bumpy roads over two days into a combined duration of what turned out to be about 18 hours was scarcely any better… 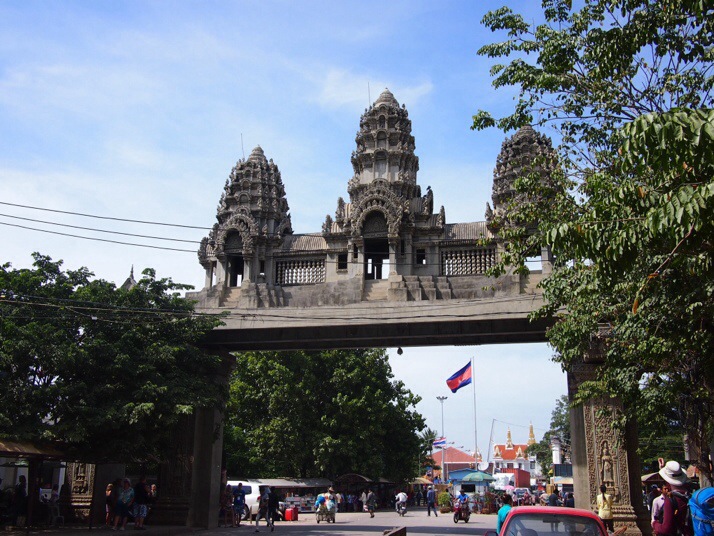 By the time we arrived in Bangkok it was dark and we weren’t entirely sure where the bus had dropped us off so we flagged down a local taxi, made sure he turned on his meter and showed him the map that the hotel had sent us. I don’t think the map was very helpful because he rang them up for directions before we sped off. After about 15 minutes, a bit of a wrong turn and another phone call we arrived, exhausted, hungry and in need of a shower.

We decided to tackle the hunger first as it was getting late. Unfortunately there didn’t seem to be any restaurants close by our hotel. Eventually we found somewhere that looked open and what a surreal experience that turned out to be… The decor of the restaurant was like a standard local diner except that it was decorated for Christmas with a small tree and tinsel hanging from the ceiling. The waitress brought menus across but they didn’t have any English translation (or pictures) so, as we have learnt is usual in such situations in Asia, she drafted in another diner who did speak English to take our order, he tentatively went through a few of the dishes but we jumped on fried rice and ordered two plates with beer. As we were waiting for the food we noticed the TV in the corner was showing a Pirates of the Caribbean film but this was quickly replaced by a very drunk man singing karaoke… Seemingly for our benefit he was choosing songs in English. Our food was brought across by the young waiter and I have never seen anyone mince as convincingly as him except in TV comedy sketches! The food was tasty, but by this stage everything was just a little bit too strange, and we refused their offers of more beer, or for us to join in with the karaoke and hastily paid the bill! 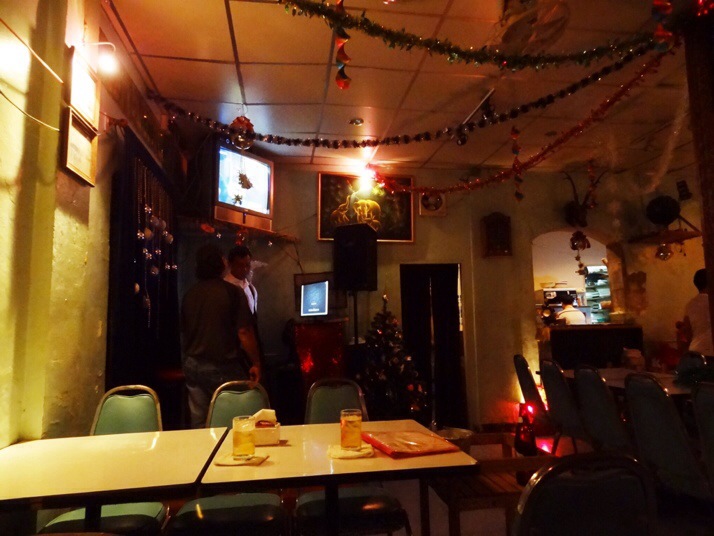 The next morning we’d arranged to meet up with Khun, a friend we’d made in Mongolia, who was back in his home country of Thailand for a holiday from his studies in America. Originally he’d hoped to take us on a tour of the Grand Palace, but due to the ongoing political protests in Bangkok we decided to change plans and head away from the centre to the weekend Chatuchak market. To get there was a crash course in Bangkok’s public transport – fantastic! First up was the San Saep canal boats. Khun explained that Bangkok once had hundreds of canals and is known as the ‘Venice of the East’. Henceforth, Andrew christened these ferries Bangkok vaporettos after the water buses in Venice. 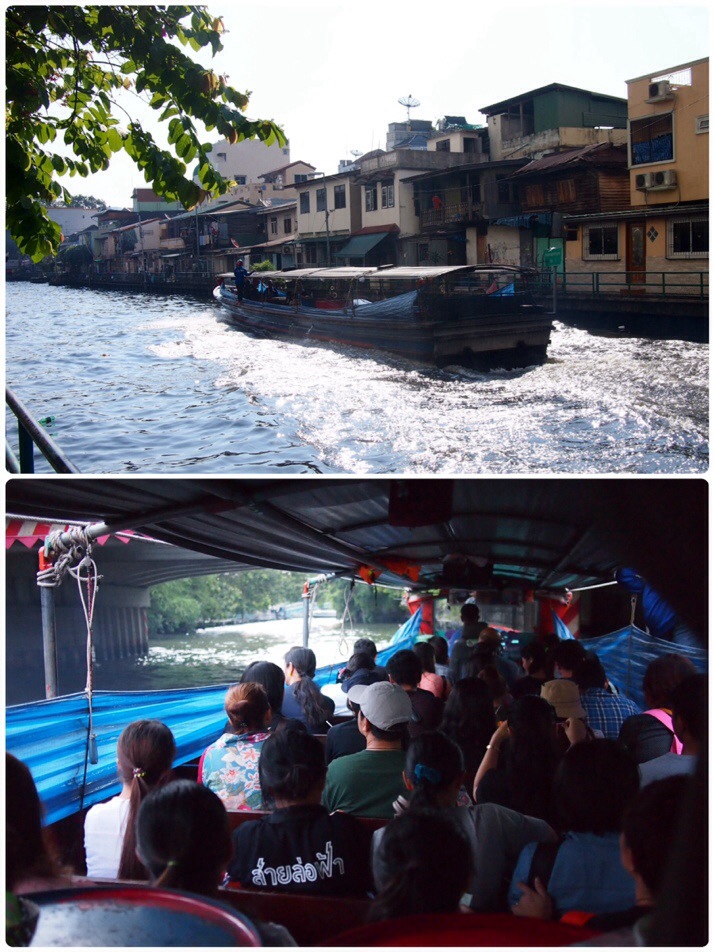 ‘Bangkok vaporetto’, outside and in!

The market was great. It’s one of the world’s largest outdoor markets and was full of clothes, souvenirs, Buddhists charms and trinkets, as well as food and just about anything you can imagine in the shape of an elephant. 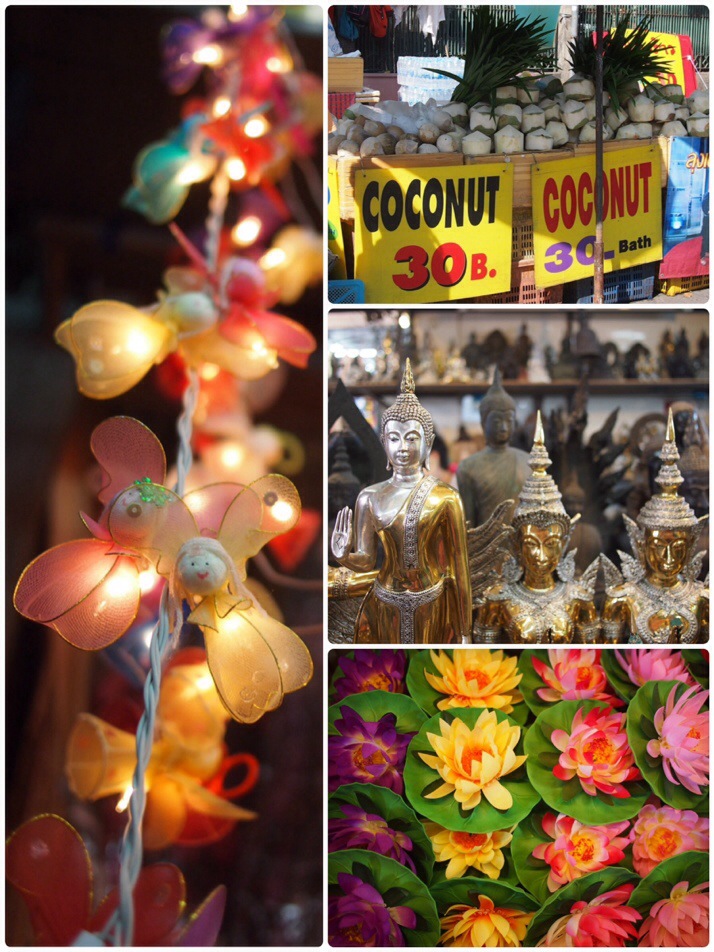 A mish-mash of colours in the Chatuchak market

We must have been more worn out than we’d realised from the long bus journey because we spent most of the next few days chilling in the apartment that we’d rented for the remainder of the week. Catching up on sleep, cooking for ourselves and swimming in the apartment block’s pool. 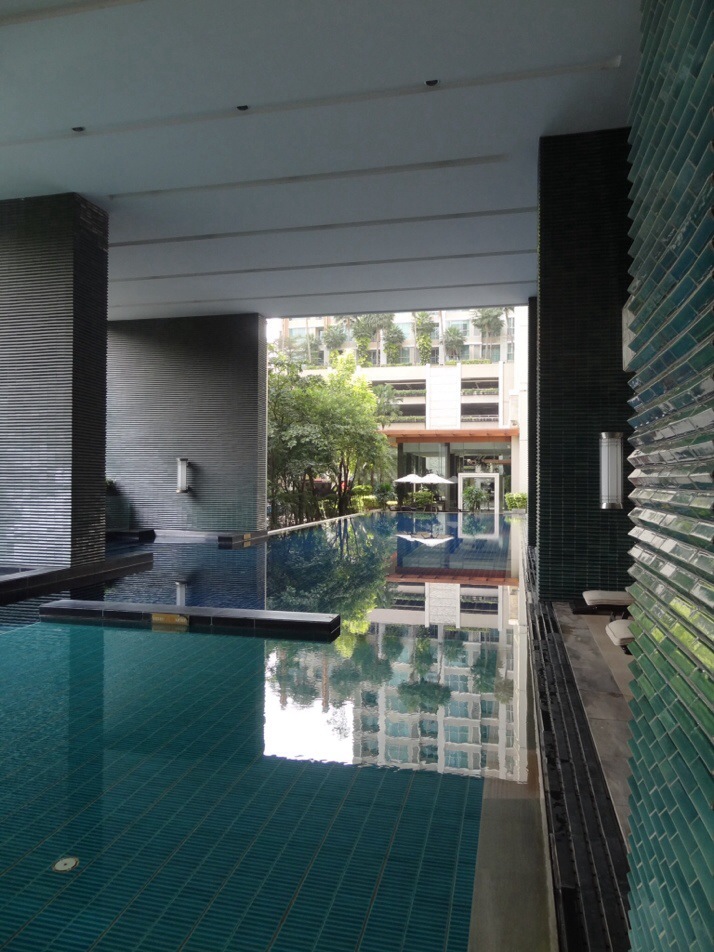 On our final day in the city we ventured out to visit Wat Pho. A wat is a Buddhist monastery and this was our first experience of a Thai one. From a distance it looked somewhat similar to a Cambodian wat with curled roof eaves, white walls and orange tiles, but as we got closer we realised that there were differences. Wat Pho was much more extravagantly decorated than any wat we saw in Cambodia, the eaves and gables were decorated with mirrors and shimmering metallic paints, and the stupas here were covered in floral tiles rather than the plain white paint that we’d seen before – quite a visual assault. 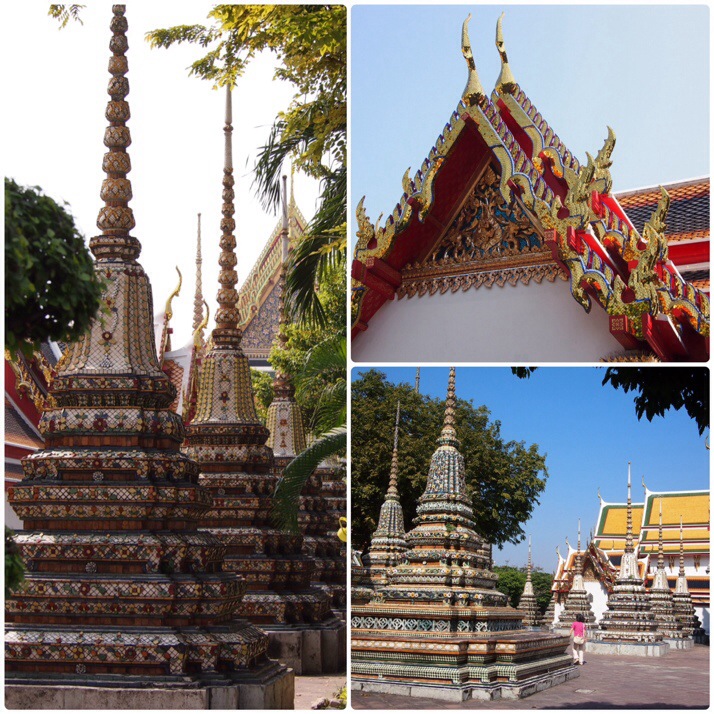 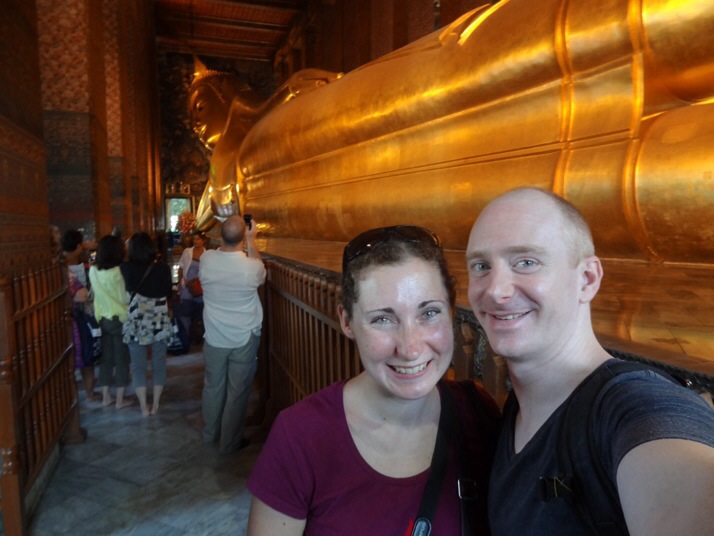 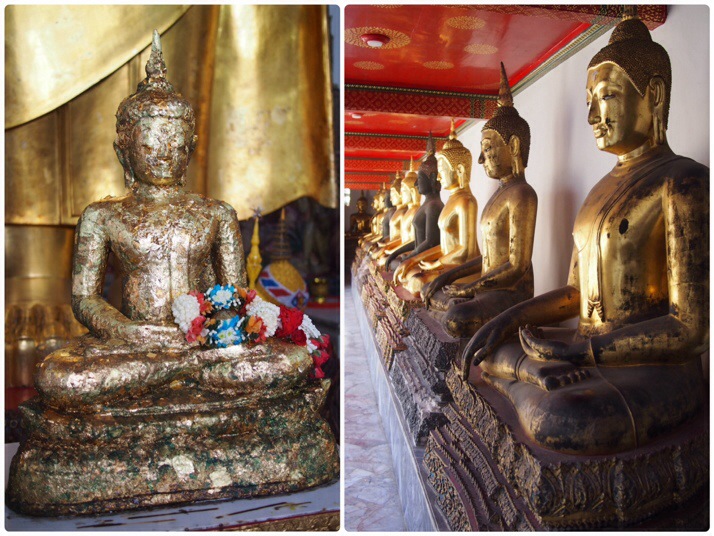 Despite doing a lot of cooking for ourselves while we were in Bangkok we had managed to find a local street restaurant serving fantastic Pad Thai, the local stir fried noodles. Before departing for the train station and the overnight journey to Chiang Mai we got a couple of portions to takeaway for our dinner. 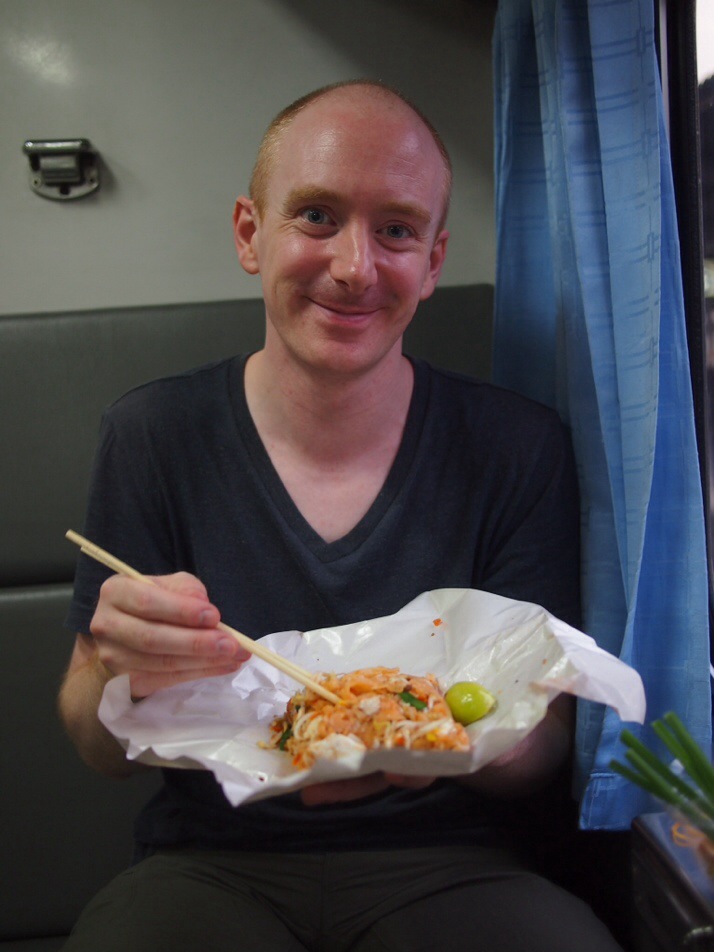 These disappeared so quickly we wished that we’d ordered double!