We really enjoyed Uzbekistan. The people are warm and generous, the food and fresh produce is amazing, and the sights, oh, the sights..

What photo takes you right back to Uzbekistan? 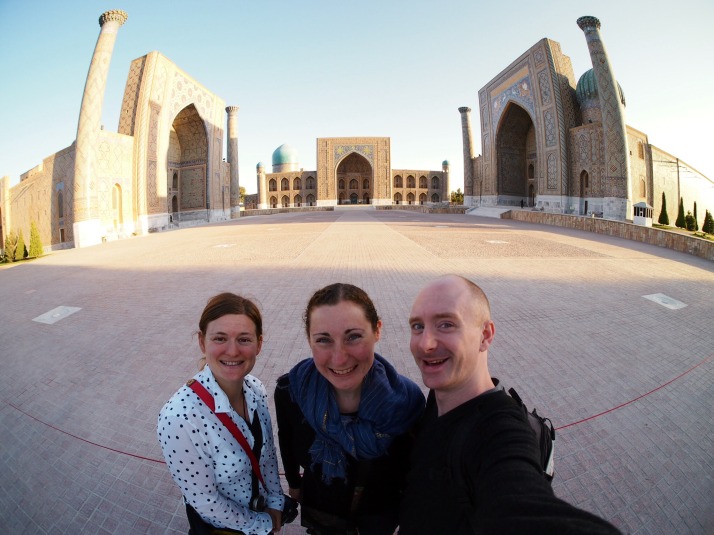 Jo, Julie and I enjoying the early morning Registan in Samarkand all to ourselves

The Registan in Samarkand – the sight that put Uzbekistan on our radar was even better in real life.

You really know you’re in Uzbekistan when…

… the £20 you’re carrying for your daily budget won’t fit in your wallet and you’re paying for everything in notes worth 20p! 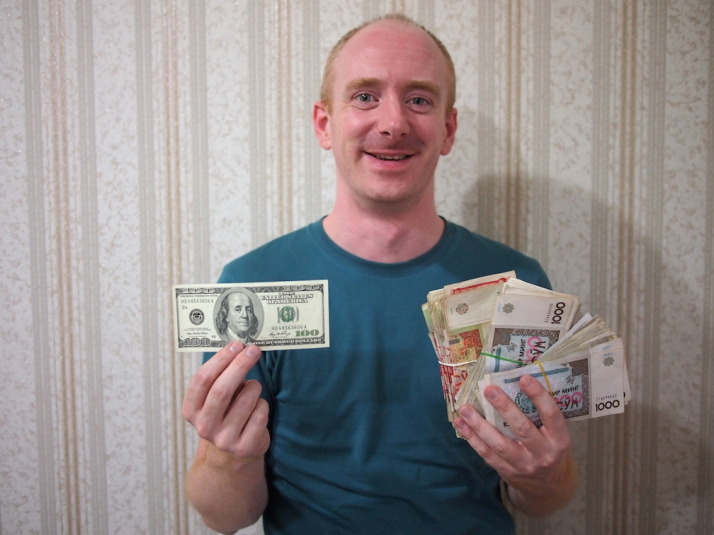 What one item should you definitely pack when going to Uzbekistan?

Lip balm. Uzbekistan is a desert country which means everything dries pretty quickly. Great for clothes, not so great for health, especially around the Aral Sea where the climate is not only dusty but salty too.