If we asked a 100 people to name something they associate with the country of China, like they do on the UK gameshow Family Fortunes, our survey would definitely include “The Great Wall“.

Started in the 7th century BC, and extended and fortified to the defences we see today largely by the Ming Dynasty in the 14th century, The Great Wall is not actually a great wall for 2 reasons… firstly, the Chinese name for it literally translates into English as “the long wall”, and secondly, it’s a continuous defence only because it incorporates natural obstacles such as hills and rivers. 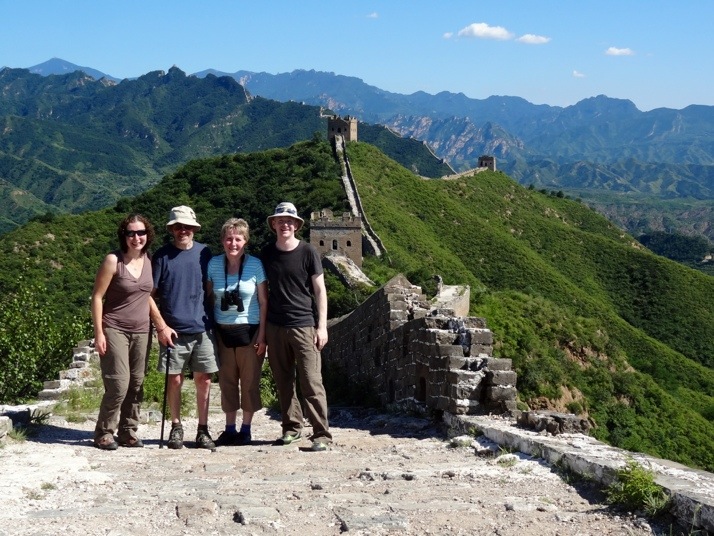 Us on The Great Wall of China with Julie’s parents, Norman and Moira. The Sīmatái section snakes over the ridge of hills in the distance

There are 7 well-trodden and accessible sections of The Great Wall that vary in their proximity to Beijing by how much they’ve been restored, and how popular they are. In order of popularity:

We picked Jīnshānling because of our preference for quieter spots, and the description in our guidebook:

Jīnshānling marks the starting point of an exhilarating 10km hike to Sīmatái. the journey – through some stunning mountainous terrain – takes around four hours as the trail is steep and parts of the wall have collapsed; it can be traversed without too much difficulty, but some find it tiring.

Getting to Jīnshānling was straightforward, but our helpful local bus conductor woman ushered us off the bus at the first stop in the town rather than the bus station which meant we had to negotiate with a taxi driver who just happened to be waiting for business. Were they in cahoots? We’ll never know…

Having bought our entrance tickets, we then started along a very nicely kept and recently laid stone stairway up the hillside to The Great Wall – it hadn’t really occurred to me that we’d have to walk up to the wall before we could walk on the wall! 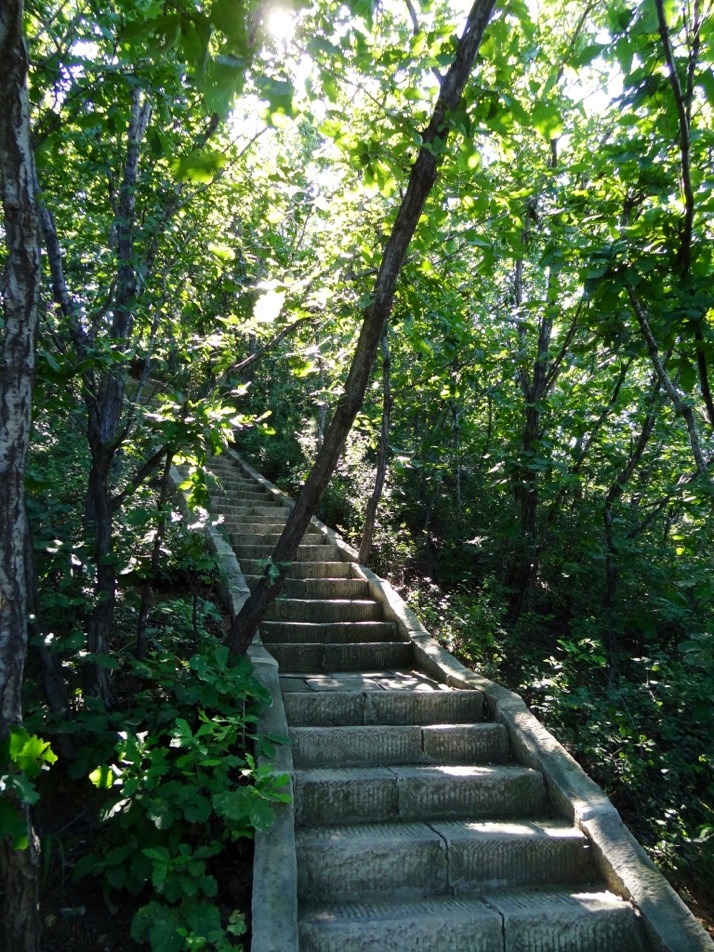 The hiking trail up to The Great Wall 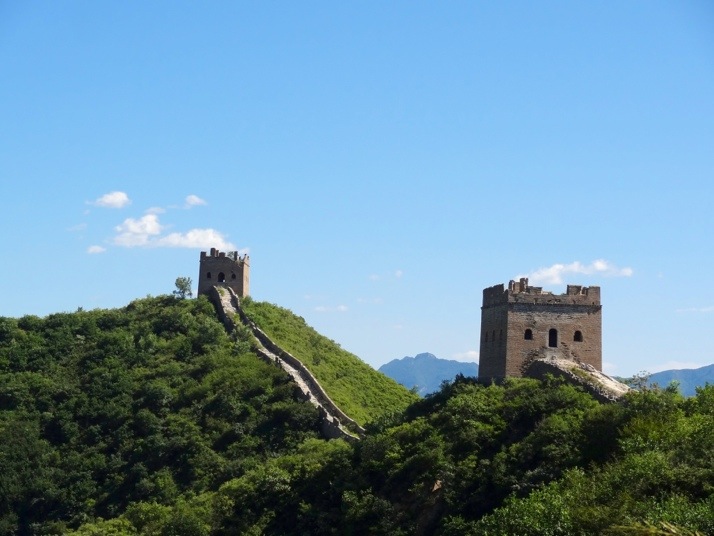 The view teasing us through the forest as we climbed – “East Tower with five holes” in the foreground, and “Qilin Tower” behind

The climb to the wall was pretty tough going, but the reward was simply staring in awe at the wonder of this mammoth human achievement once we’d reached it.

And we needed the rest, because these walls aren’t at all like those in Datong, or the ones back home in York – they follow the highest ridge of the hills which means a lot more steps! 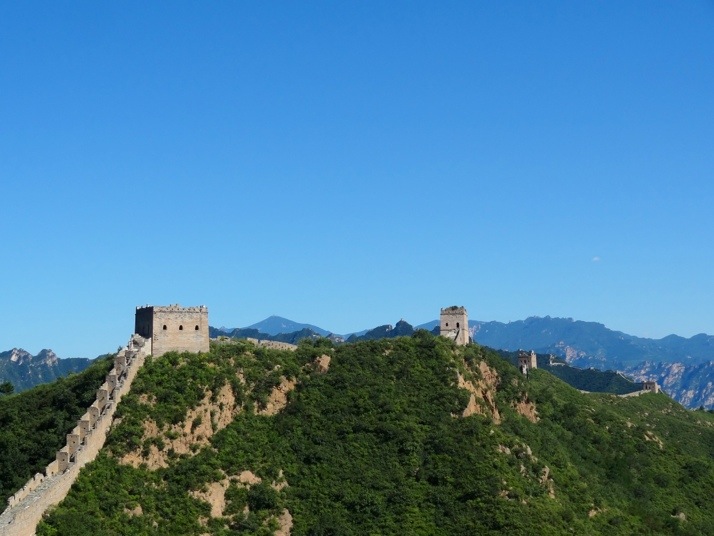 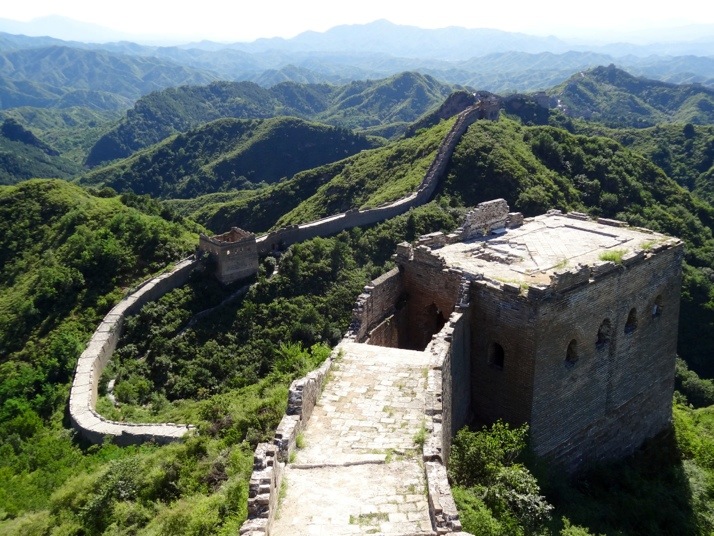 The descent into “Flowers Tower”, the furthest point Julie and I reached before we had to turn back 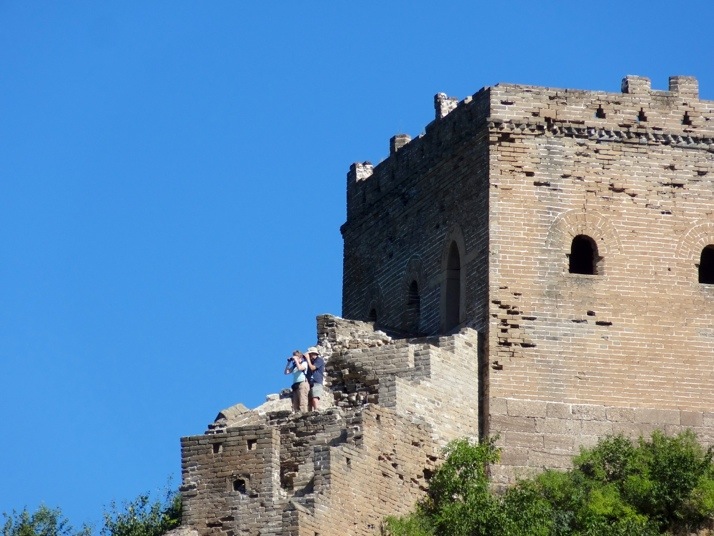 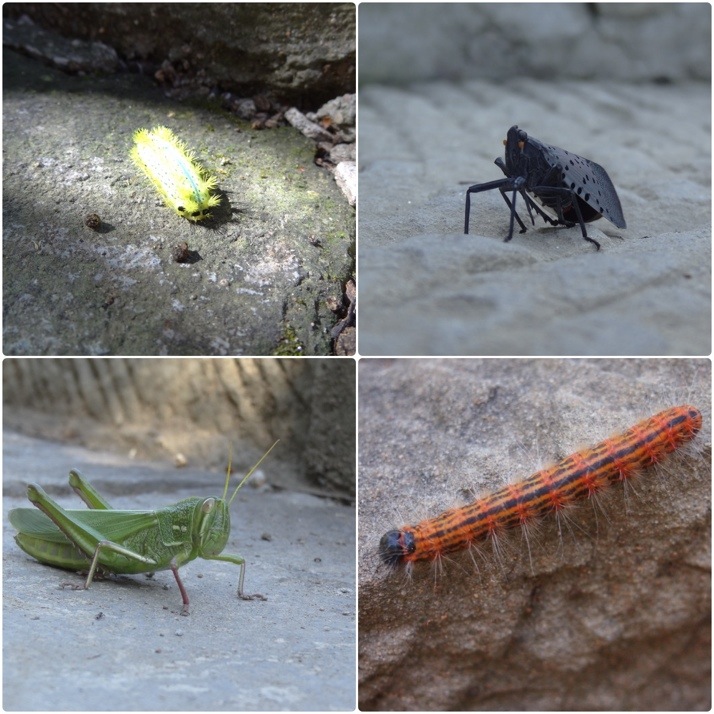 The birds were too quick to photograph, but there were plenty of insects, including a giant grasshopper (there’s an ant by its foot to give you a sense of scale – can you see it?)

As you can see from our photographs we were fortunate with both the weather and the tranquility to enjoy The Great Wall by ourselves – I think we saw more people on the trail up and back down than we did on the wall itself! 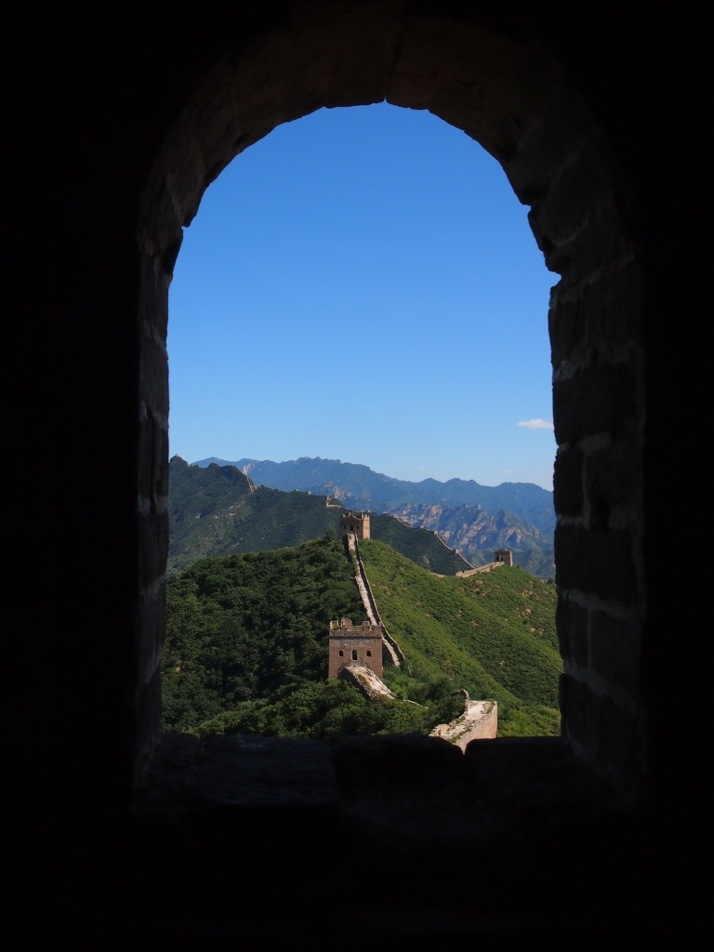 2 thoughts on “The Great Wall”