What photo takes you right back to Rome? 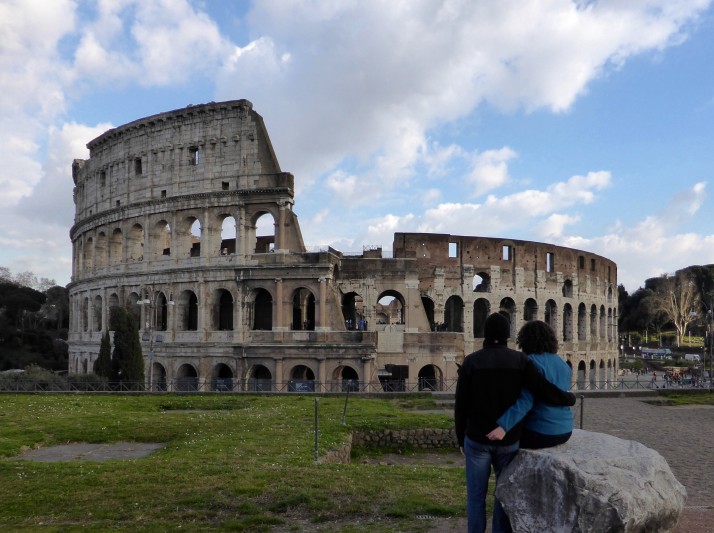 Us in awe of the Colosseum of Rome

The architectural symbol at the centre of Rome, the Colosseum.

You really know you’re in Rome when…

.. you’re standing at the top of the dome of St. Peter’s Basilica in the Vatican City, with St. Peter’s Square below and Rome spread out in front of you.

What one item should you definitely pack when going to Rome?

A vivid imagination to recreate the grandeur when you’re standing in the centre of Ancient Rome. The remains of the buildings hint at their scale but we loved piecing it all back together – the Senate where laws were debated is still the model of democratic governance to this day, the Open Forum where grievances could be aired and decided on much like our modern court systems, and the circular Temple of the Vestal Virgins tending the eternal flame. Imagining the bustle really brought Rome to life.