If the name Corleone sounds familiar it might be because it’s the name of the Mafia family in the trilogy of Godfather films (and the book that they were based on). In real life, Corleone is a small town with a population of about 12,000 situated in the hills of north western Sicily. It has long been associated with the Sicilian Mafia, with many of the most notorious ‘bosses’ of past years having their roots in the town, but now it is trying to break free of its reputation, spearheading a campaign to rid Sicily of organised crime and corruption. 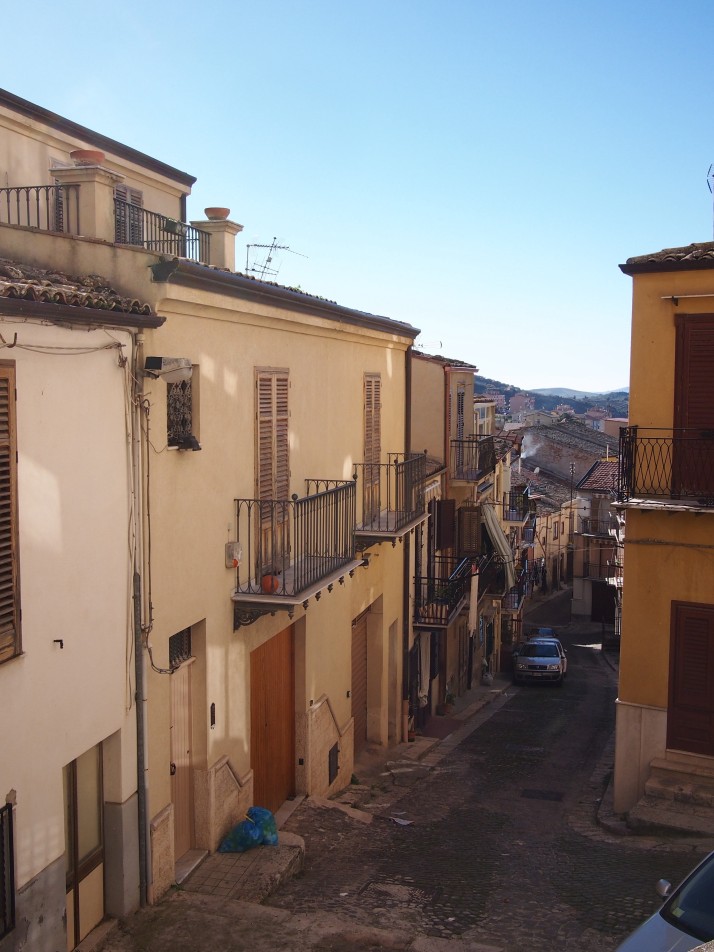 A typical narrow street in Corleone

It’s about a 90 minute bus ride up into the hills from Palermo. We arrived just after lunch and found a sleepy place with all of its shops closed for the afternoon. We wandered the narrow streets following the ‘Justice and Legality’ route past some of the places associated with the anti-mafia movement, for example, the spot where Bernardino Verro, an early 20th century Socialist mayor and peasant leader, was assassinated by the Mafia, and the ‘People’s House’ founded by Verro to house the ‘Cooperative Agricultural Union’ a symbol of the local peasants’ struggles against the rich landowners and organised crime. 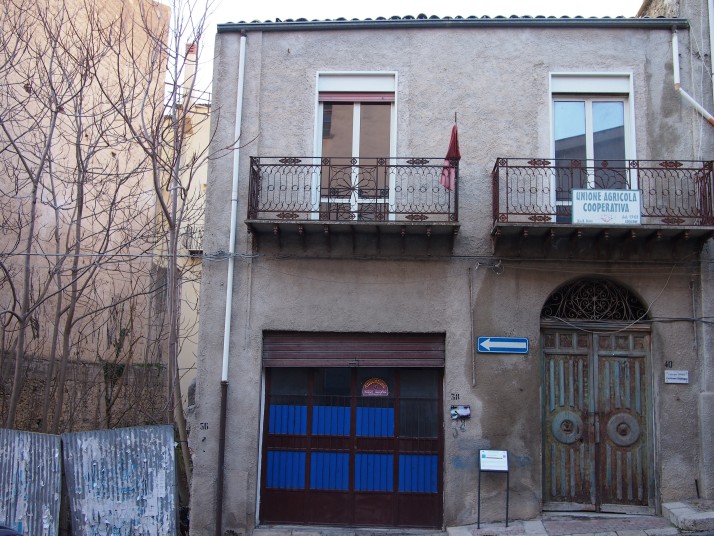 At 3pm we arrived for our tour of the International Centre for Documentation on the Mafia and Anti-Mafia Movement (CIDMA). CIDMA was founded in 2000 to raise awareness about and fight against the Mafia in Italy and worldwide by pursuing legality. 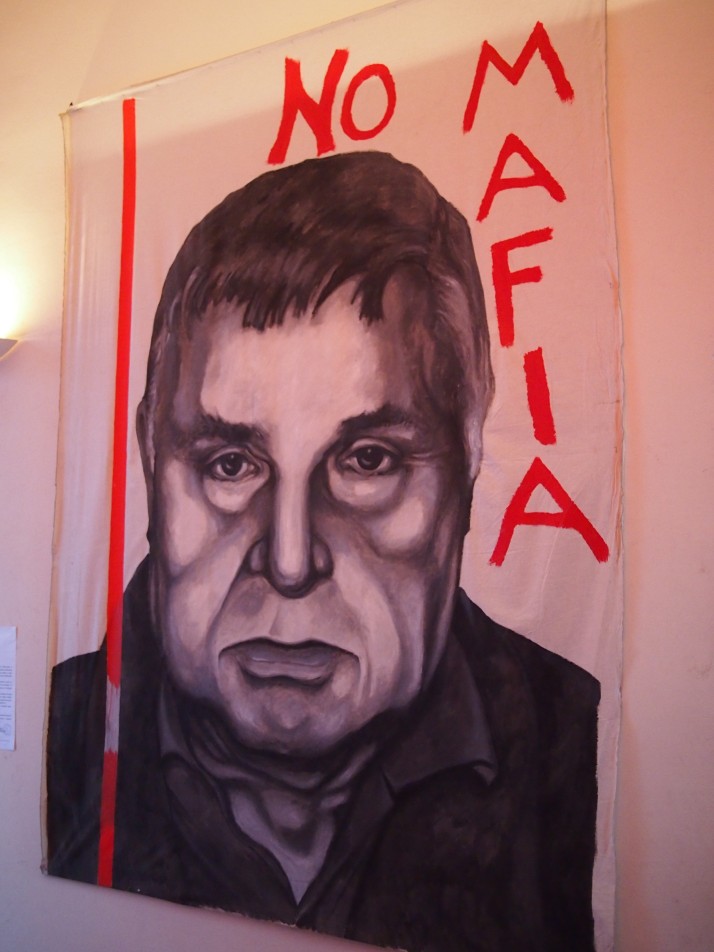 There was no response to the doorbell and we were just checking our email to find a phone number when our guide bustled up and ushered us inside. After explaining the aims of CIDMA, she showed us the first room which is dedicated to the memory of two Sicilian judges, Paolo Borsellino and Giovanni Falcone. In February 1986 they began the Maxi-trial to try 475 mafiosi. The room contains copies of all the trial’s documentation, shelf after shelf of binders which ultimately led to the conviction of 360 of the accused. 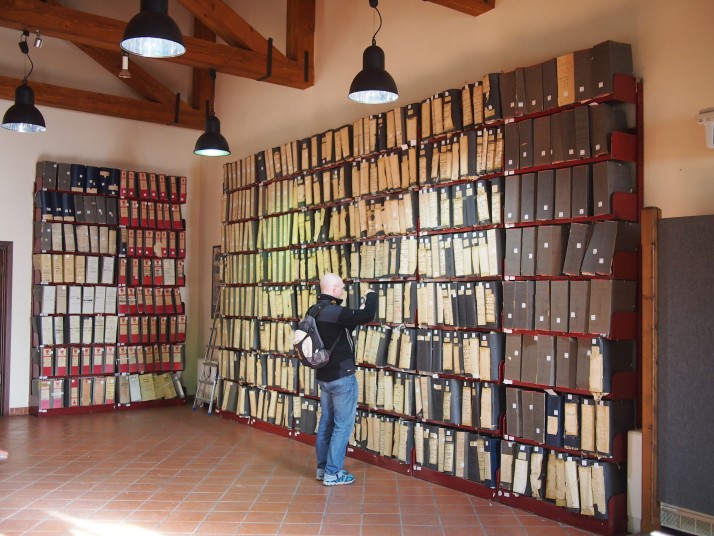 Andrew with the files from the Maxi-trial

CIDMA is only possible because of the actions of brave people like Borsellino and Falcone who opened up the Mafia’s secrecy and allowed it to be spoken about publicly. But they paid for their bravery, both were murdered, along with their police bodyguards, for their stance and as a warning to others considering speaking out. 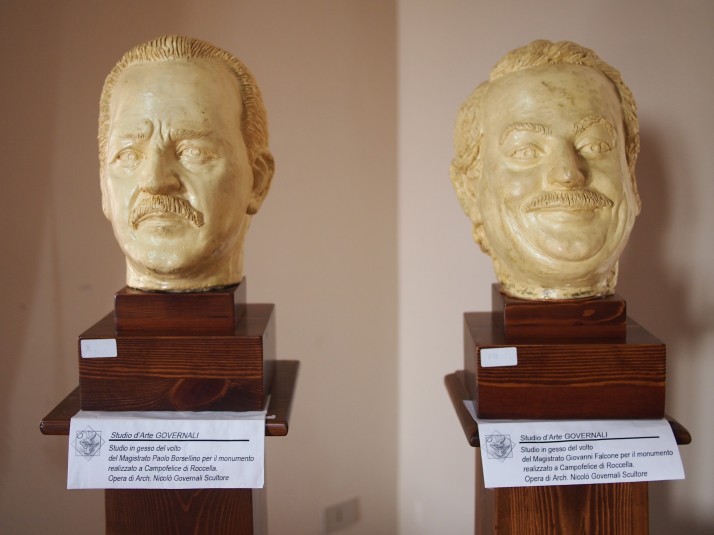 The following rooms contained some shocking and brutal images taken by Sicilian photojournalist Letizia Battaglia during the 1970s and 80s of Mafia killings, as well as photographs by her daughter Shobha showing the effects of the killings on the victims’ families. Our guide used these to explain the reality of a life lived in fear of organised crime as well as the messages sent by the mafiosi in the way the bodies were left. 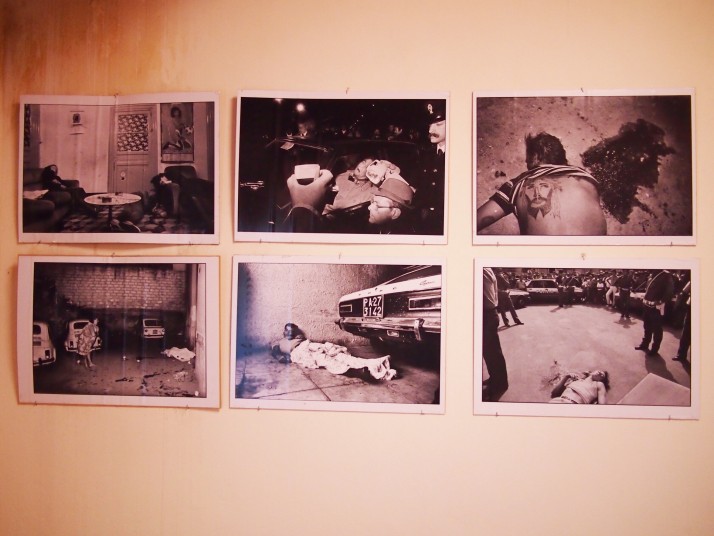 Some of Letizia Battaglia’s images of Mafia killings 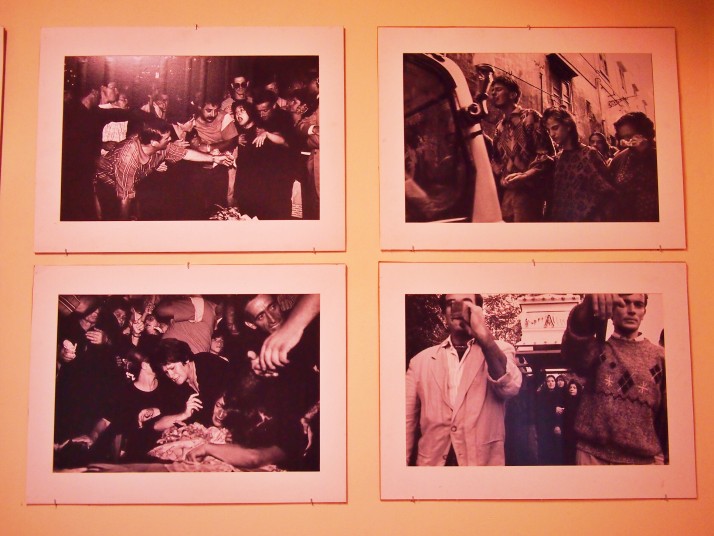 Shobha Battaglia’s photographs of the grief of those left behind

We were particularly struck by the image of a man who was killed while on his way to collect his car from an underground garage, and the symbolism of how his murderers arranged his body. He was dragged down the slope below street level (he was unimportant), he was placed with his face down (to show he had seen something that he shouldn’t have but wouldn’t again) and his hands were in his pockets (he wasn’t active in the Mafia, just an innocent in the wrong place at the wrong time). 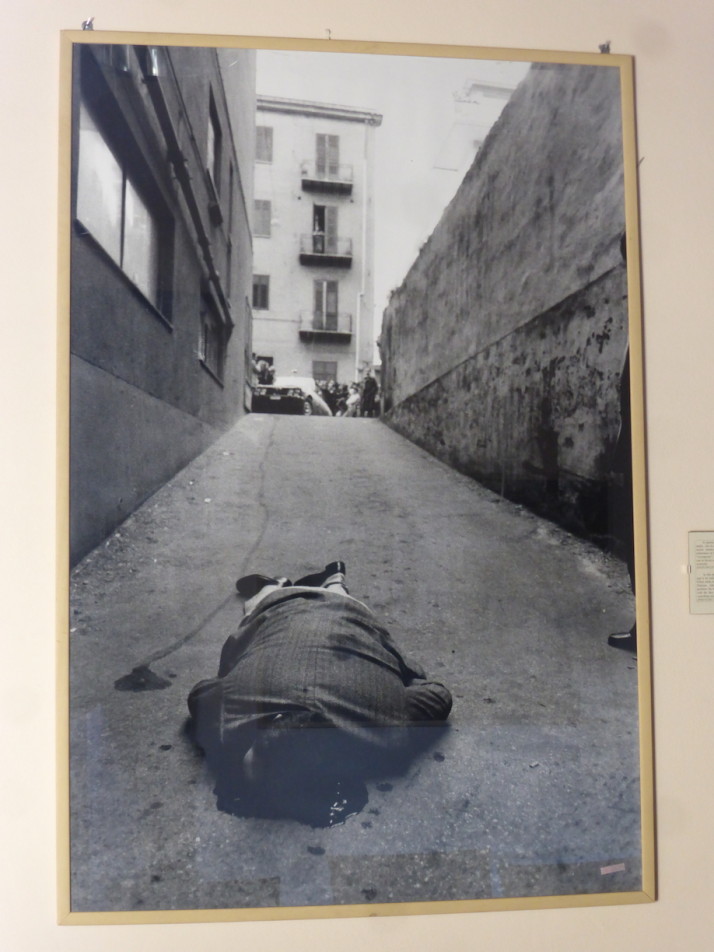 One of Letizia Battaglia’s photographs of a Mafia killing

Our guide was keen to stress that the majority of Sicilians were and are good, honest people, and several times during the tour, while explaining the needless deaths, she finished by saying:

We are killed because we are alone

Meaning that because of a lack of support from the state, and the power of the Mafia, people died. We were shocked that the Mafia is still active, sure there isn’t the same level of violence and fear that there used to be but ‘silent’ mafiosi are still running organised crime reliant on corruption within the authorities. 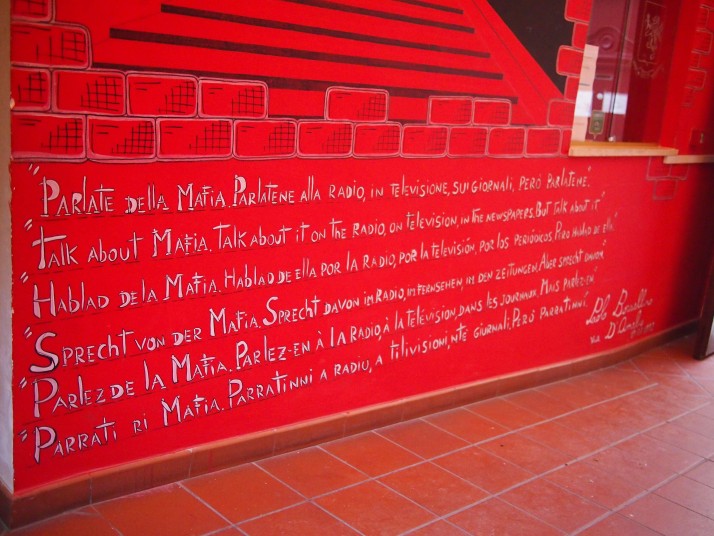 In the CIDMA reception is a quote from Paolo Borsellino exhorting visitors to “Talk about Mafia. Talk about it on the radio, on television, in the newspapers. But talk about it”