We’d originally booked to stay a week in St Petersburg, but after a few days in this wonderful city we decided to stay another week as there’s so much to see and like about it!

Among our favourite places were the Church of Our Saviour on Spilled Blood and the Hermitage. Other highlights included wandering along the main street, Nevsky Prospect, where we found a fantastic food hall (to take photos inside you had to either pay a fee or make a purchase, so we bought some expensive bread!) as well as admiring the impressive buildings and designer shops. 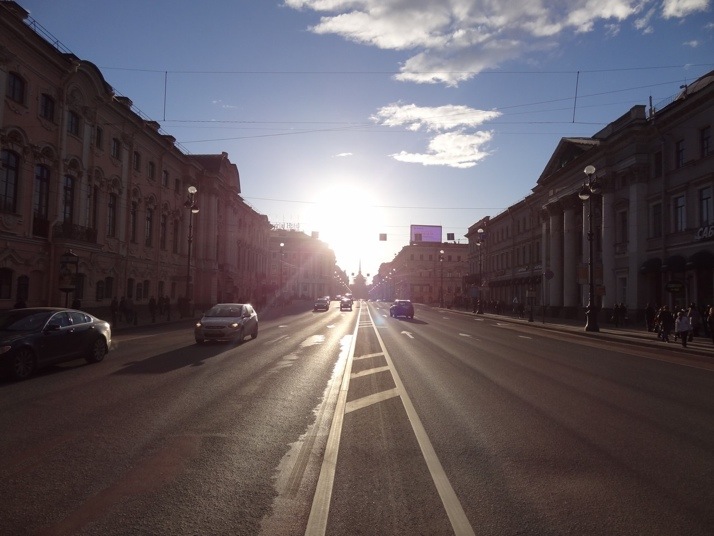 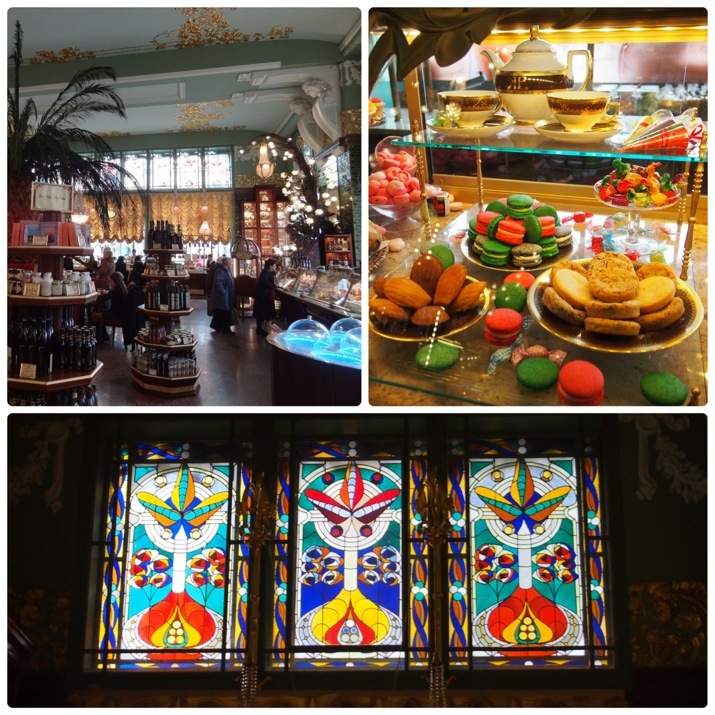 There seem to be loads of churches and cathedrals in St Petersburg. Another of our favourites was St Isaac’s Cathedral with an amazing iconostasis (altar screen) and beautiful mosaics. 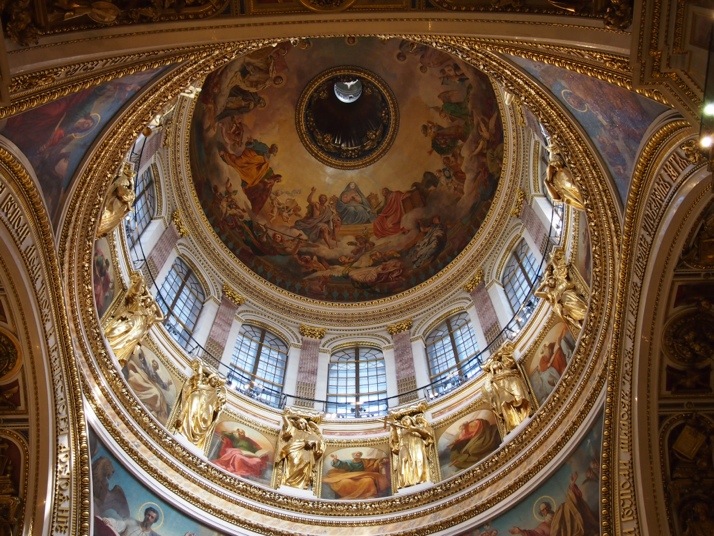 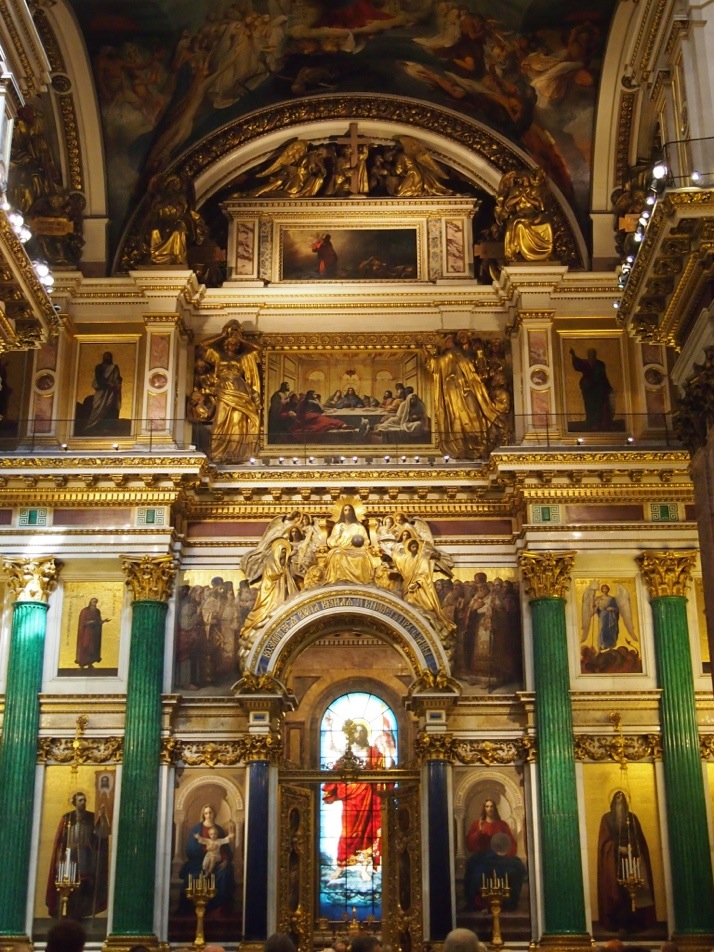 On our final day we visited Peterhof, a stately home just outside St Petersburg which is famous for its fountains. This was worth seeing and the reason that we visited so late in our stay was that the fountain season only started on 27 April (they are turned off during the winter). However like many museums in Russia it has a two tier pricing structure with cheaper tickets for Russian nationals and more expensive ones for foreigners. I don’t object to the principal of this if it means that more Russians get to see their historic sites, but in the case of Peterhof we felt the foreigners ticket was a bit overpriced, especially as you had to pay for each museum in the grounds separately and they were typically ~£6-10 each, and that’s after the £9 to get into the gardens.

The Grand Cascade at Peterhof 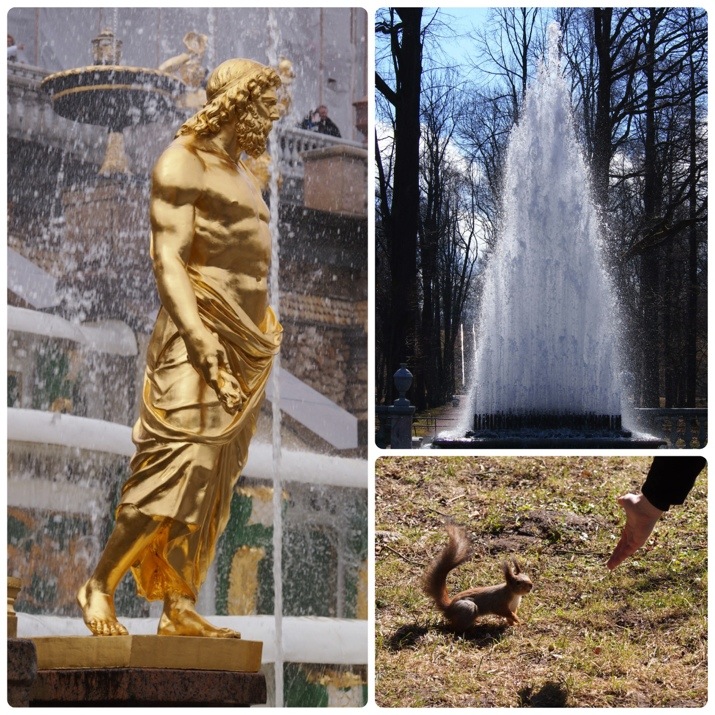 We also celebrated Julie’s birthday in St Petersburg and managed to find some amazing cake at the Bushe cafe before a sushi dinner followed by beers and vodka shots (now that we know how) at our local, Barcelona Bar. 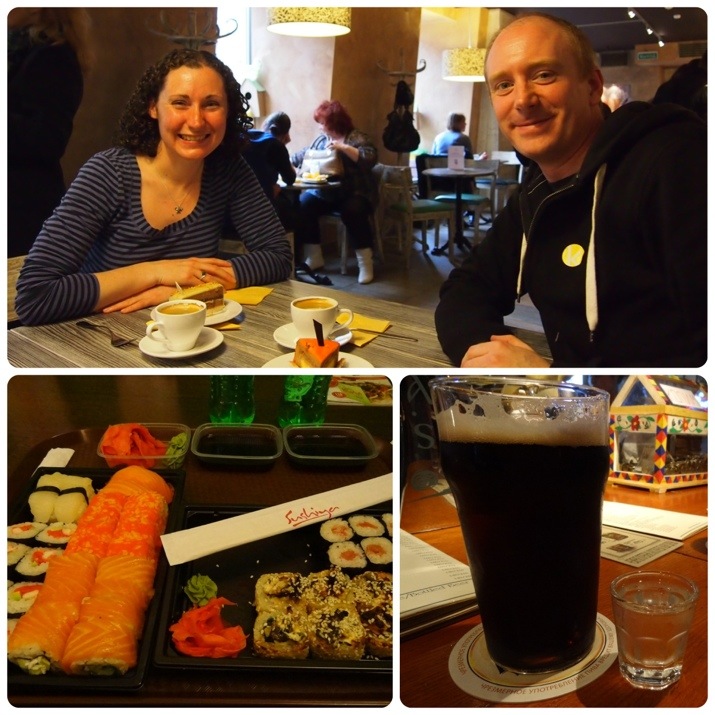 Here’s our St Petersburg round up:

What photo takes you right back to St Petersburg?

This was a tough one. We did so much that it was difficult to choose a single photo, but we decided on the magnificent Church of Our Saviour on Spilled Blood. Not only because its even more impressive inside than out, but our hostel was just a block away from it so we saw it every day. 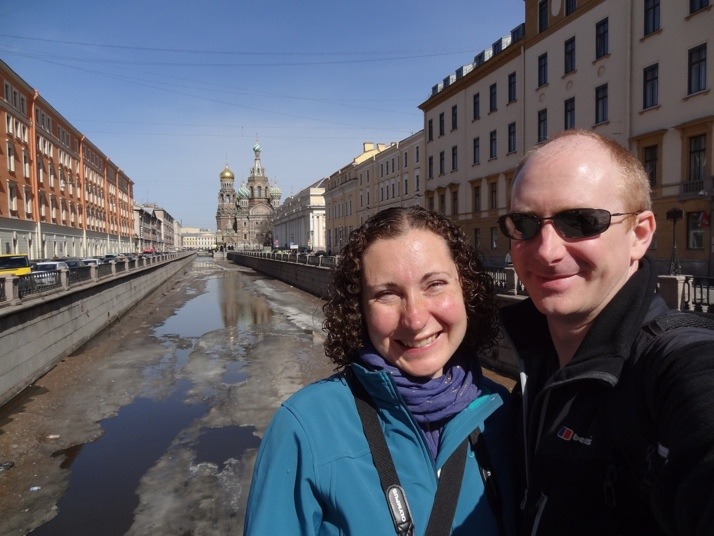 You really know you’re in St Petersburg when….

All the signs look like they ought to be readable but when you try to read them, they don’t actually make sense. The Russian cyrillic alphabet is close enough to the English latin alphabet that you’ll recognise about a third of the letters, but even then you’ll find the pronunciations are almost always different.

What one item should you definitely pack when going to St Petersburg?

A spare camera battery (and sneak in a spare memory card too!)