Victoria Peak is the highest point on Hong Kong Island, has great panoramic views over the bustling city and harbour, and at just over £42,000 per square foot, it’s also the most expensive place to buy a house in the world. 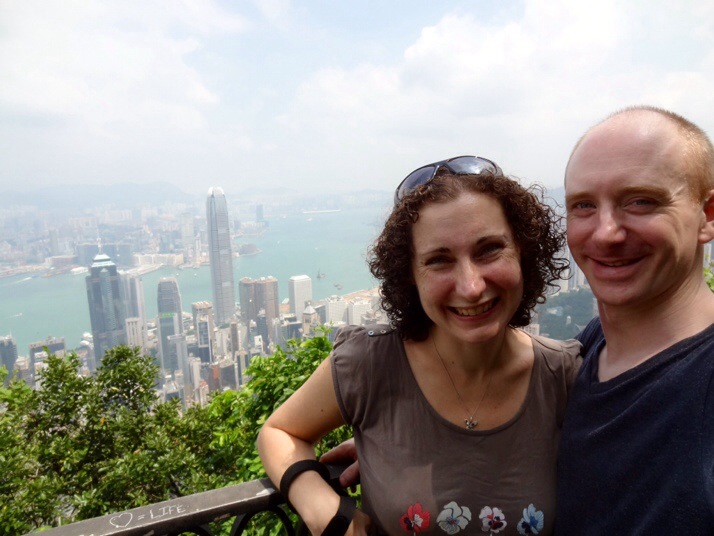 Us at the top of Hong Kong Island, admiring the view of the city below

We took the Peak Tram funicular railway to the top, which is good value for money as there’s a nice collection of small museum-like exhibits that explain the history of the tram cars, the old ticket class system, and the costumes worn by the passengers during its heyday. The first two rows of first class on every trip were reserved until 2 minutes before departure for the Governor of Hong Kong, should he and his guests or entourage arrive unannounced! 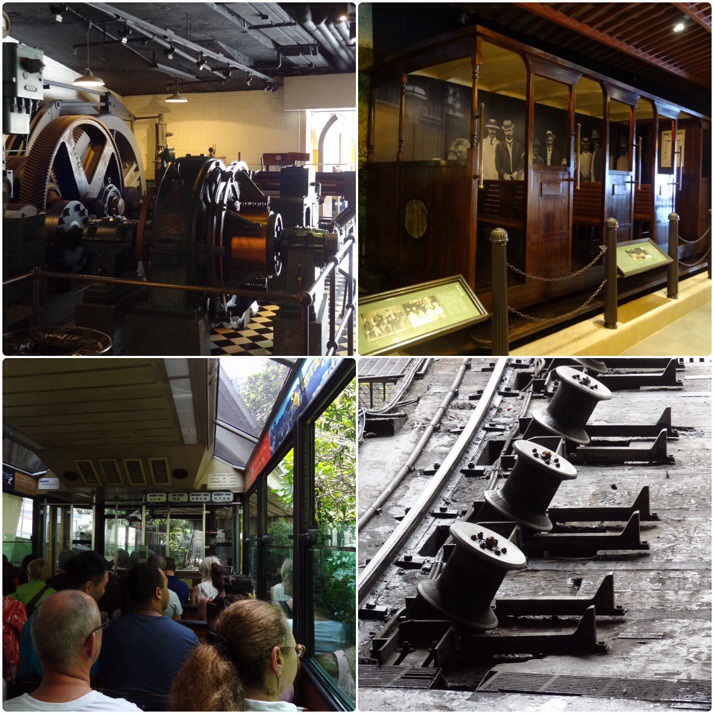 The first electric motor installed in 1926, replacing the old steam-powered winching engine; a reconstruction of an original carriage using the tools and techniques of the period; cable guides between the tracks; setting off

The ride up the mountainside on the Peak Tram is smooth and very steep in a couple of places, the excitement level is somewhat akin to a young child’s fairground attraction – great for those of us who behave like young children on occasion :)

There’s quite a bit to see and do at the top. The tram station is on the ground floor of one of the two multi-storey shopping centres (yes, you read that correctly!), featuring shops, some quirky cafes and small lunchtime eateries, with the best views reserved for a handful of very nice restaurants.

The nearest you can get to the summit is a small park, but we decided we’d do the 3.5km Peak Circular Walk – a level walk that circumnavigates the Peak itself, affording a 360° view of the city, the western harbour, and the less developed southern side. 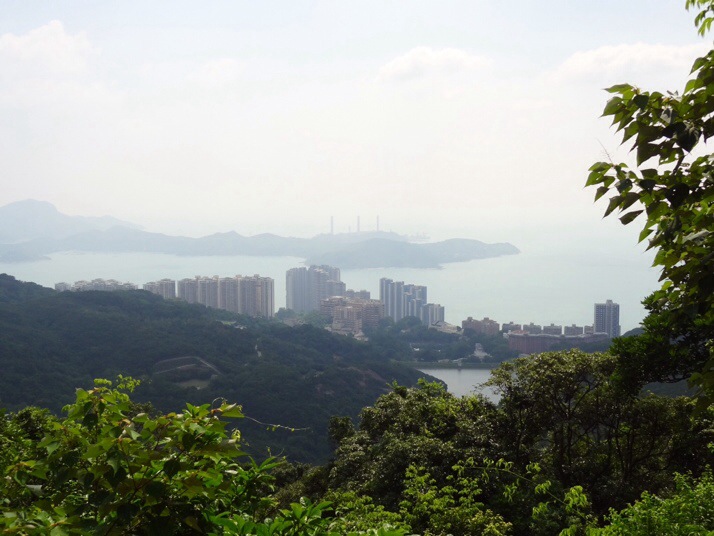 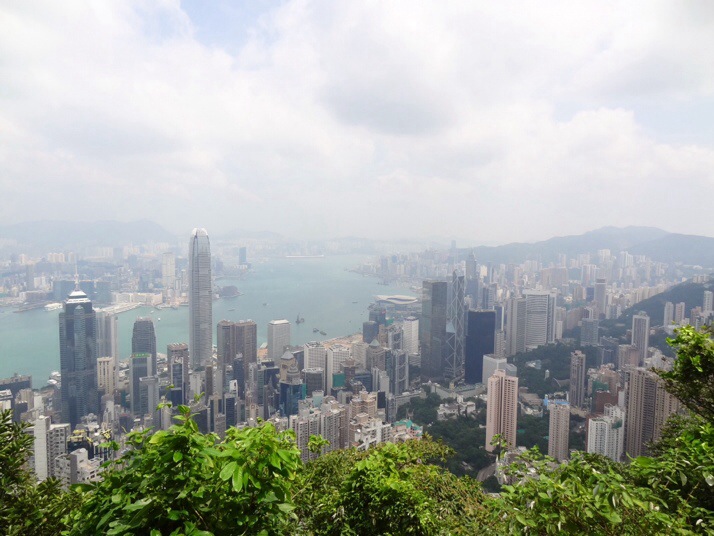 Hong Kong Island, the harbour and Kowloon peninsula in the background, from Victoria Peak

Both The Peak and The Galleria shopping centres have open-air viewing galleries, but while The Peak’s is easily the highest, The Galleria’s is free!

We took the number S11 bus down the twisty narrow roads back to Central Hong Kong and it was more of an adults roller-coaster ride, with the sheer drops on one side, the speed of our descent, and the seemingly near-misses with traffic coming the other way. The woman from a Nepalese couple we met at the bus stop kept her eyes shut almost all the way down!