There are plenty of tables on the internet that show the Russian Cyrillic alphabet and the pronunciation of each letter, but I find remembering lists of symbols a bit dry, so here’s a quick visual guide that’s as much to help me learn as it may be of interest to you.

At first glance, Russian looks pretty impenetrable. It has 33 letters instead of the western Latin 26, but with a little knowledge about the difference in their pronunciation, you’ll find that most words are actually either English, sound English-like, or are borrowed from other languages (just as English does). That said, there are Russian-only words, so this doesn’t work all the time!

Like most western cities, there are lots of cafes in the towns and cities. The word “cafe” looks like “кафе” (and “coffee ” looks like “кофе”) which means Ф (ф in lowercase) in Russian sounds like “f” in English. 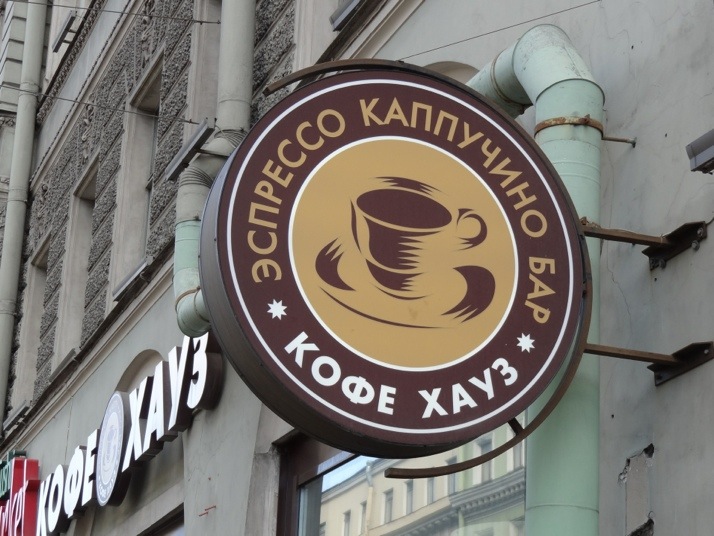 This cafe sign gives us some context to work with. Some other non-obvious but common letter sounds in Russian are

With these, we can have a stab at pronouncing the first long word in our кафе sign: “ЭСПРЕССО” becomes “some-backwards-e-thing-spresso” – ahh! espresso! The backwards-e, or Э sounds like an e (that’s easy to remember!), so we get “espresso”.

The next word on our кафе sign is “КАППУЧИНО”. We already know the first 4 letters, so lets look at the last 5, they are:

And the last word of the three introduces one new letter: Б (б in lowercase), which looks like the letter b and, thankfully, sounds like a “b” too! That means the next word, “БАР” is “bar”.

There’s only one word left in the sign, and that’s “ХАУЗ”, which follows the word “кофе”. Context suggests it’s probably the name of the cafe, so it might not make sense to us, but lets have a go anyway.

There are actually two new letters here.. The first is “Х”, which sounds like the “ch” at the end of the Scottish word “loch”, and the second one “З”, not to be confused with the backwards-e (Э) looks like the number 3 and sounds like “z”. (Try to remember “three.. zee”). Putting it all together gives us “chaooz”. Try saying it out loud (or quietly like you’re reading aloud to yourself in a library) but remember the “ch” is soft as in the Scottish “loch” (so more like “h”).

While we’re on the subject of bars and liquids, perhaps you’ve seen this famous brand of Russian Vodka and wondered what it says? 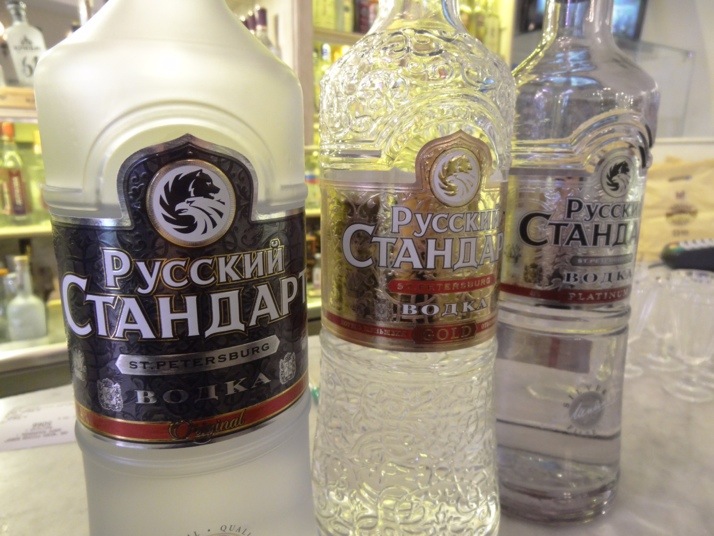 Let’s read it! First, you need to nip out out and grab yourself a bottle so you can play along at home or at work..

The first word is “РУССИЙ”. We already know most of these letters, so we can get “Roosski”. The accented и: й makes the “i” sound like a “y”, so we end up with “Roosskiy”. For learning another letter, take a shot from your bottle. This is a Russian word and it means “Russian” in Russian!

The second word “СТАНДАРТ”, the new letter here is “Д” which sounds like “d”. Take another shot and read aloud “standart” – close enough to the word “standard” to my ears (and to yours too after two shots).

The last word on the front is “ВОДКА” – “bodka”, obvious really that this reads “vodka”, so the “В” (в in lowercase, and also looks like a 6 in some typefaces) sounds like a “v”.

Now for a couple of letters that I find tricky to remember.. 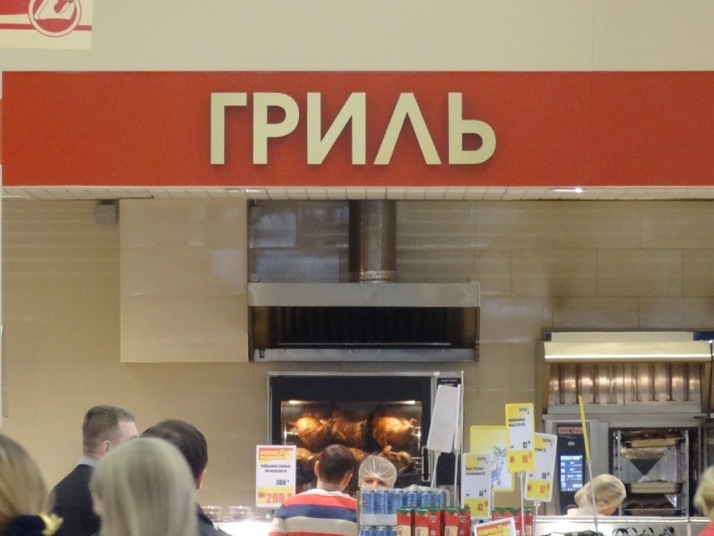 Taken in a supermarket – can you guess what it says?

With our newfound knowledge, lets tackle the supermarket sign.. “ГРИΛЬ” sounds like “gril”.. I bet you can now see the rotisserie chickens in the background :o)

Finally, three more letters I don’t have a picture for..

That’s it for my list, though I haven’t covered all of the Russian alphabet, I hope it helps your Russian comprehension when you’re out and about!