What photo takes you right back to the Hebridean Way? 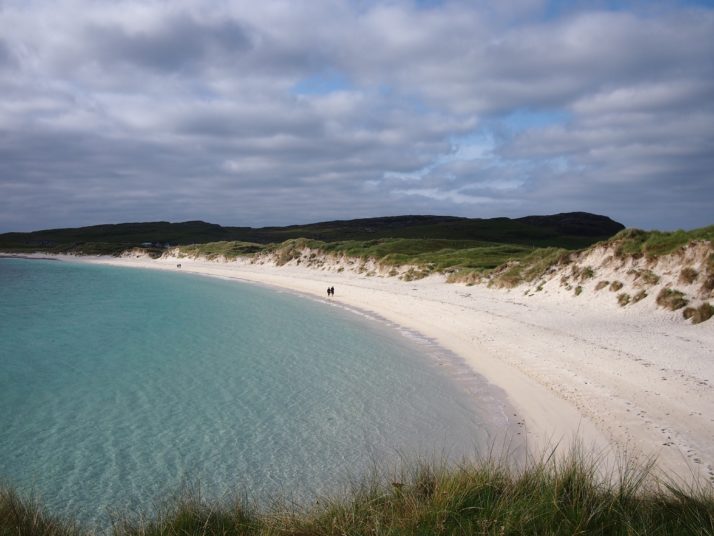 The spectacular beaches made us get our cameras out every time, no matter the weather the sea seemed to glow turquoise and they were usually more or less deserted too. This is Vatersay on our first day

You really know you’re in the Outer Hebrides when…

…all of the caution animal signs have googly eyes! We have no idea who travelled the islands adding these but they were there from the causeway at Eriskay all the way to Stornoway. Any humans in similar signs (riding the horse, pedestrians) were always blind. 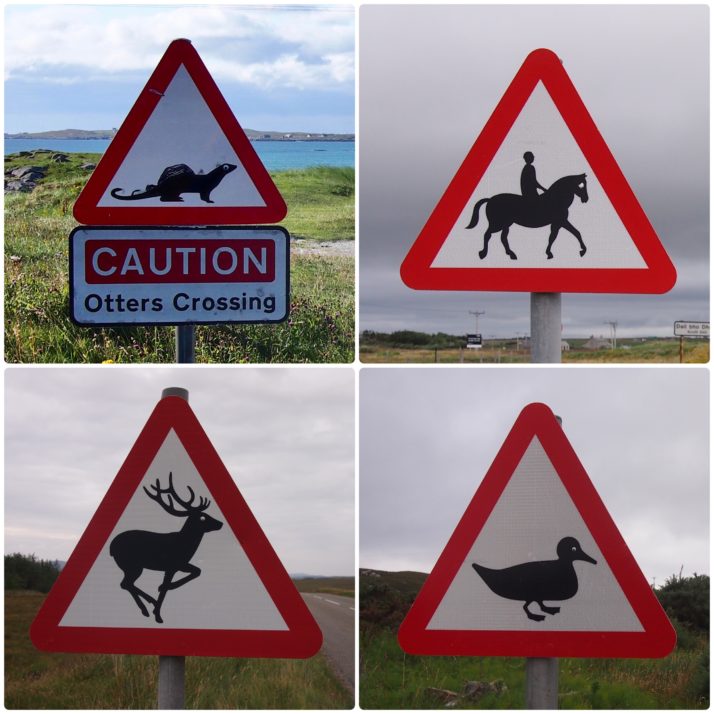 What one item should you definitely pack when going to the Outer Hebrides?

Midge headnet and insect repellent. To be fair most of the time the midges weren’t too bad but when they did come out they were very annoying! We picked up headnets in Tarbert and they made the rest of our stay much more comfortable.