We recommend visiting Cuba, but we feel it’s necessary to add a little caution to our enthusiasm for it as so many times our experiences were tainted by opportunistic ne’er-do-wells that, were it not for a sense of compassion, would have closed our hearts to other serendipitous encounters. 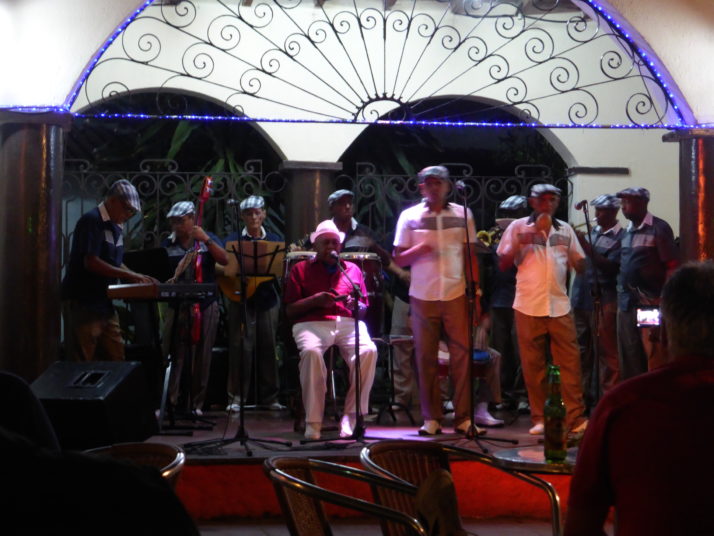 We were approached a handful of times by very friendly older men with good English purporting to be musicians – and they’ll tell you their instrument too – so common is this introduction that we nearly collected the full band in Havana!

The first one we met walked us into the nearest bar with the suggestion that as he was playing tonight he’d get us in free – I’ll interject here and say that we were being open, friendly and curious, not especially after free entry, we’d been to many a Casa de la Trova already – as we sat down he ordered a round of drinks and at that point we saw the scam and declined the drink. The scam being that we’d be picking up the tab, likely at inflated prices. After we’d said ‘no gracias‘ to the drinks, the friendliness ended and he got up to leave.

Che for a CUC 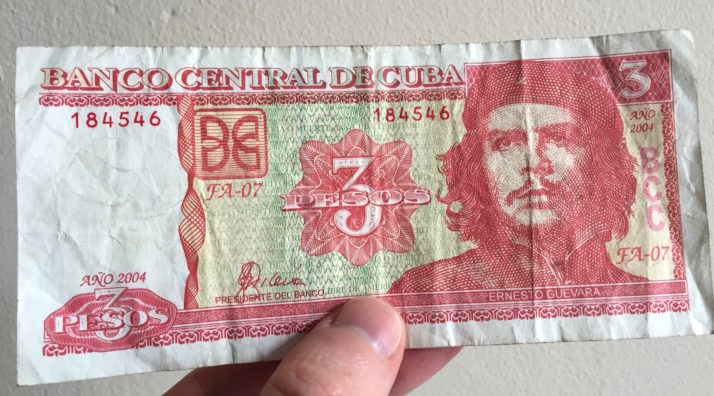 The Cuban 3 Nacional Peso banknote, worth about £0.09 GBP and a great souvenir

We’d read about this one before we arrived and were only offered it 3 or 4 times during the 6 weeks we were there, but it’s worth including. The scam essentially is the sale of a 3 National Peso note for 1 Convertible Peso, or 8 times its face value. They do make nice souvenirs, but banks and money exchanges (CADECAs) will change CUCs for National Pesos and you can ask for 3 Peso notes as part of the denominations. Speaking of CADECAs..

Specifically the one just north of Plaza de San Francisco de Asís in Havana’s Old Town. We changed £600 GBP for CUC, and the majority of the notes we received were in 20 CUCs. The lady on the desk entered the amount and pointed out on the computer screen that we’d get 28 20CUC notes, counted out the 28, and the rest of the smaller notes, then printed the receipt and handed over the money. Except the receipt said 30 20CUC notes. She’d re-entered the proper amount into the computer after counting out the money.

Take your time – Cubans are used to waiting! Use your phone or their calculator to check the exchange rate (which is printed in the window outside and at the counter) so you know roughly how much you’ll get and always check the count of notes against the receipt at the desk before you step away – it has the breakdown of each denomination on it.

A fellow tourist told us a similar story.. they’d been asked if they wanted some of the change in coins and agreed, then the lady at the desk handed over all of the notes and the receipt and waited to see if they remembered they’d asked for the coins. He said he counted the money 3 times at the desk before the lady offered up a handful of coins.

25 times the price. Because you’re a tourist 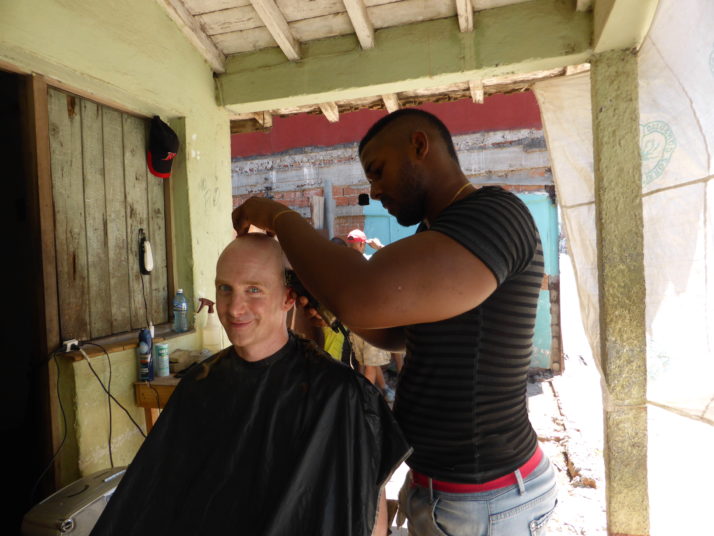 I only argued with him about the price because he had a signboard with the prices listed!

In our discussions between ourselves about Cuba, we’ve laid a lot of the blame for the country’s ills at the dual currency system. There are 25 National Pesos for 1 Convertible Peso, and in our experience we found it is separating the population into those who work in tourism and those who don’t. It is all too common as a tourist to be charged the same price in CUC as a Cuban National will pay in National Pesos – that’s an astounding 2400% price hike – and while we don’t mind paying a little more for some things (entrance to museums for example), there’s no arguable difference in the service we’d receive in a colectivo or a haircut that warrants the backsheesh-like expectation.

The result, according to one taxi driver we spoke to, was the Cubans realise there’s more money in tourism so the educated are leaving their jobs in hospitals and universities to drive taxis or work in bars and cafes, which made him worry about a deterioration in the quality of healthcare and education.

Bags and handling are included

We travelled around Cuba in the state-run Viazul and Cubanacan coach services, they’re very good and the ticket price includes you and your luggage. However, once you have your ticket there are a few opportunistic baggage handlers who will try to extract a fee for carrying your luggage to the bus or withholding the luggage tag until you pay. The worst one was in Trinidad where a big guy in a separate office had a little dish and demanded 1CUC per bag. I felt intimidated but stood my ground and refused to pay it.

In Santa Clara an older gentleman withheld the luggage tags until we paid, but as we’d already put our bags on the trolley we just said no and walked away. 5 minutes before the bus arrived he walked over and gave us the tags anyway!

By far the most common annoyance was people just asking for money or gifts. Most of the time they were content when we politely refused but occasionally some would say something impolite back which left us with a bad feeling for Cuba. We understand these people are relatively poor, we empathise as best as we possibly can about the extremely hard times that they’ve lived through, but by visiting their country we are helping – they don’t know that we choose to stay in the spare rooms of local people, and deliberately search out street food not only for the variety but because it puts money directly into the hands of the people.

We have a saying in the north of England that we tried to remind ourselves of after these encounters: shy bairns (get nowt) – which means if you don’t ask you don’t get.

I think I read in the Lonely Planet that just when you think you understand how Cuba works, it’ll turn around and surprise you again. We’d just sat down in a back-street locals bar at the end of an exhausting day of sight-seeing and fending off scams in Santa Clara feeling a bit sorry for ourselves, when a very jovial deaf man with a group of friends started up a conversation with us. Over 4 beers José told us about his life and it remains one of our fondest memories of Cuba. 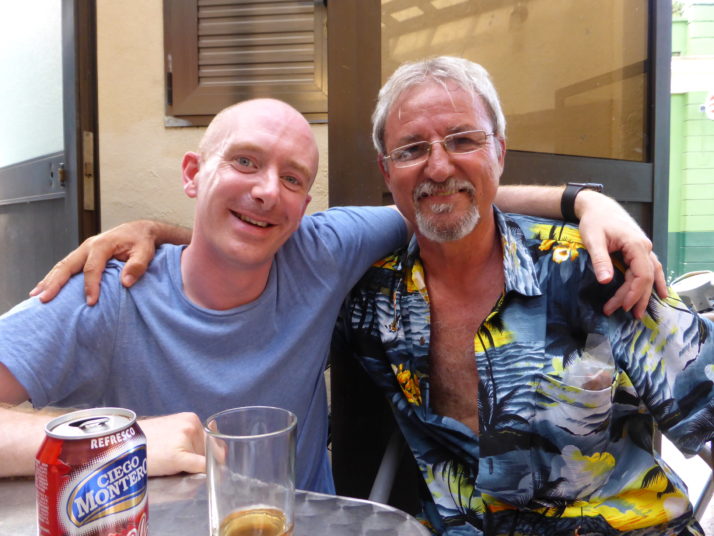