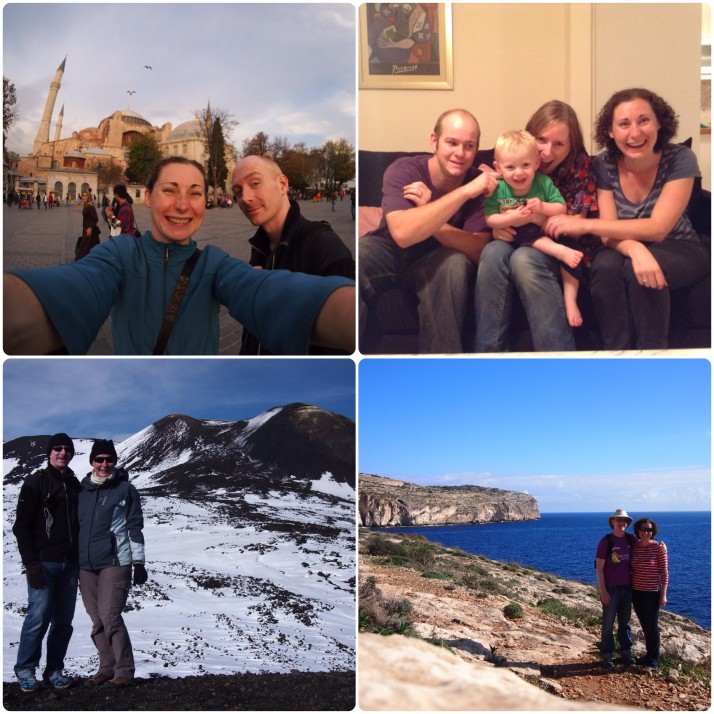 Clockwise from top left: In front of the Haghia Sophia in Istanbul; We were thrilled to be joined by Tom, Steph and Olly in Istanbul; Getting out into the countryside was one of our highlights of Malta; Climbing Mt Etna near Catania in Sicily

Turkey, Malta, Italy (total visited to date on this trip = 19)

Yes, and we’ve managed to make back the over spend from Q6 (mostly attributable to flights and visas). Our average daily spend over the three months has been £65.18. Our daily spend to date since we left home has been £69.86. We’re really pleased to be back on track. 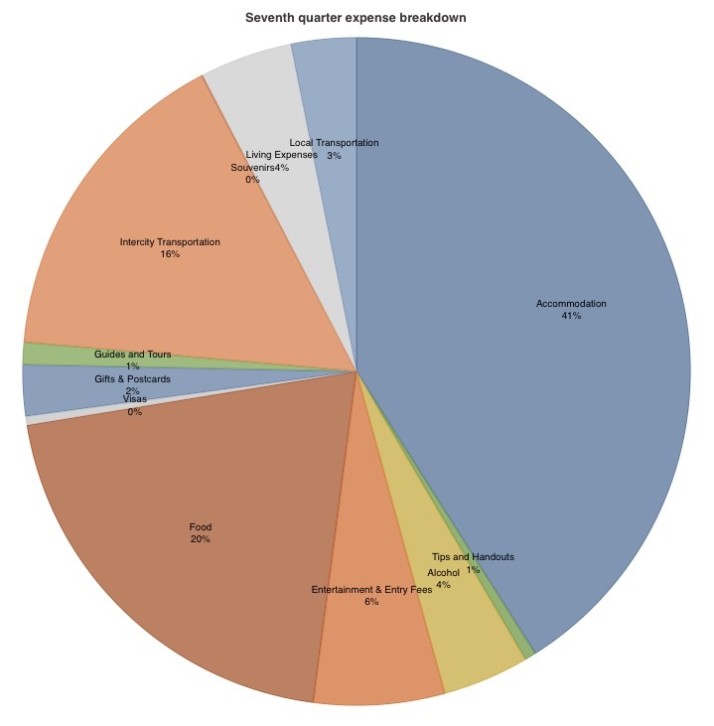 Perhaps it’s more of a realisation, but we were surprised by how many places of worship there are in Istanbul, and that we didn’t think there were so many at home in England. But when we thought about it, we remembered that almost every town and village has a chapel or church of some kind, so there as many if not more!

Julie – Now that we’re in Europe and predominantly in cities I’m starting to feel a lack of smarter clothes. Not that I was ever much of a follower of fashion, but when we went to a nice restaurant for Christmas lunch, or if we go out for dinner or a drink on an evening I feel that I would like to be smarter than jeans, T-shirt and scruffy walking shoes. On the other hand I don’t much fancy carrying/giving over rucksack space to clothes, and especially shoes, that will be rarely worn.

Andrew – We’ve eaten the best local specialties in every place we’ve been, and as our thoughts turn towards our arrival back home in a few short months I’m missing my own local specialties.. a Gregg’s stottie cake, one of Paul’s fry ups and a proper cup of tea. Not all at the same time though!

Julie – Once again a difficult choice but of all the beautiful historic buildings we saw in Istanbul, the mosaics in the Chora Church Museum really stand out for me.

Andrew – I’ve developed a fascination for world history, and the previously unknown strategic and pivotal importance of Malta in World War II to us was a highlight of our time there. The Lascaris War Rooms is my choice as it has it all; history, artefacts, photos and underground bunkers, brought to life by the amazing tour guide Tony.

Opposite our apartment in Malta was a small bread shop called St Joseph’s Bakery, but we rarely saw it open, indeed, at about 8:40pm one night we had a knock at the door from someone asking the time who’d heard the bakery opened at half-past 8! Anyway, one evening as we were returning from dinner we saw the lights on and the doors open so we went over to buy some fresh bread. Stood inside the doorway was the baker, a large round rough looking man in dirty whites, one hand on the rim of a giant steel mixing bowl and the other holding the end of a cigarette. I said hello and asked to buy some bread. He shook his head, said “no bread.” I took that to mean it wasn’t ready, but then I noticed a large shelf at the side of the room full of loaves and baguettes so I pointed at them.. “no fresh” he said, then spoke to the elderly woman stood with me in the doorway, who turned to me and translated that we should come back tomorrow morning. “What time?” I asked. “Between 3am and 6am.”

For our first four weeks in Istanbul we rented an apartment on the Asian side of the city in Kadikoy. It was a lovely apartment and we made friends with the nearby shopkeepers – the old man in the mini market next door kept trying to give us a carrier bag even though we always brought our own, and the friendly owners of the fish shop on the other side always smiled and said “merhaba” when we passed, they even gave us some of the chips from their own lunch when we stopped in for a balik ekmek (fish sandwich)! 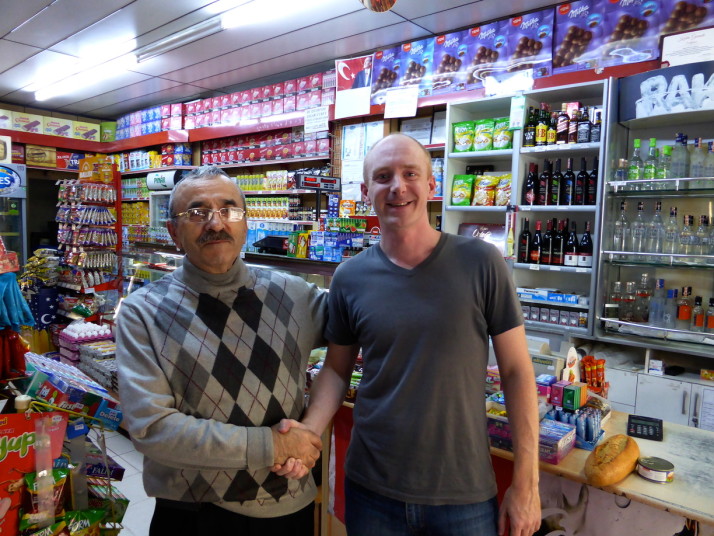 Maintaining a sense of adventure and wonder in places where the culture is much more similar to our own. It’s quite easy to fall into ruts when so much seems familiar and we sometimes need to remind ourselves to probe past the obvious and look for new experiences.