Incredibly, it’s 3 months since we did our original quarterly summary. Here’s the next instalment… 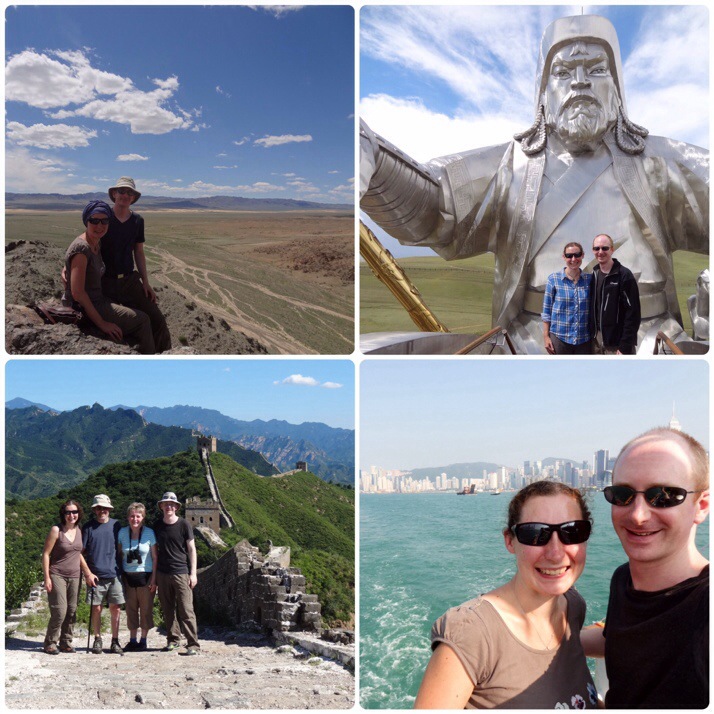 In the Gobi desert, with the Chinggis Khaan statue in eastern Mongolia, on the Great Wall of China with Julie’s parents, taking the Harbour Ferry tour in Hong Kong

Almost within budget, our average daily spend over the three months has been £70.29 although with a lot of variation in the quarter. August’s spend was high, partly because of the cost of our tour to eastern Mongolia at the start of the month and partly because we moved faster than usual when Julie’s parents came out to visit us in the second half of the month. We made up for this by living very frugally through our 3.5 weeks in Hong Kong in September. 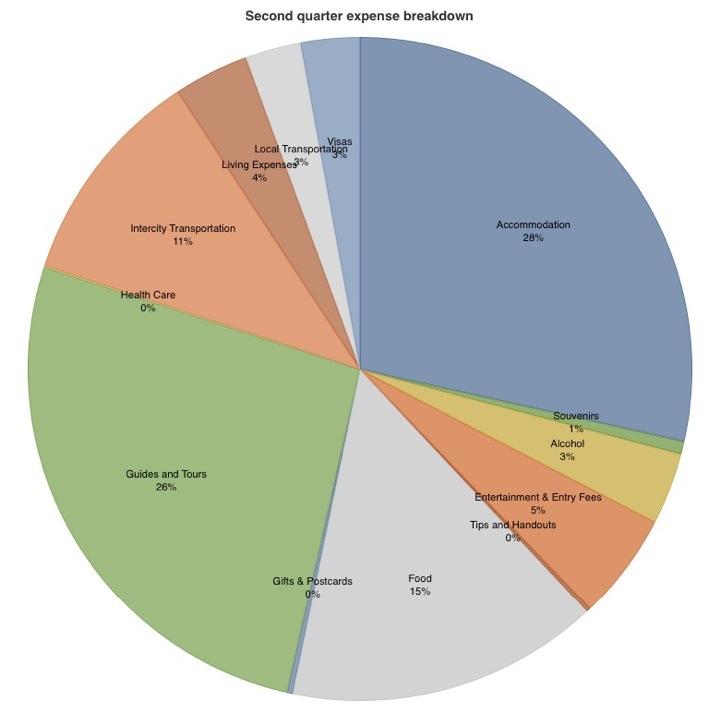 How cheap and plentiful public transportation is in other countries. I don’t know if it’s subsidised by the government but it seems incredible that the subway system in Beijing costs just ¥2 (about £0.20) per trip anywhere within the city considering the cost of a similar ticket in London (I just looked it up, the cheapest single ticket without an Oyster card is £4.50). The trains are very new, air conditioned and clean (a no eating and drinking rule means that rubbish doesn’t get left behind so much). Beijing’s buses are even cheaper – ¥1 (£0.10) to go anywhere and similarly comfortable. It costs over £2 for the 10 minute trip from our home in Gateshead to the centre of Newcastle… And it’s not just Beijing, the local transport networks in the rest of China and Hong Kong was just as impressive.

Julie – Since we left Russia I’ve had very little access to kitchens and much as I’m loving the food everywhere we go I’m really missing cooking for ourselves, especially more complicated meals and baking.

Andrew – Finishing the Trans-Siberian railway, this big adventure that we’d planned the start of our journey around and which, I admit, was about as far as I’d researched into our two year trip, is a monumental undertaking in and of itself which left me contemplating “what now?”. I do wonder if those of us who have incorporated it into longer travel plans all feel a similar way. Yes, I felt a little homesick after Beijing, the knowing how everything works (where to go to buy, say, rawlplugs, or just instinctively knowing how much, relatively, everything should cost, or being able to have more than a basic conversation with strangers rather than just “hello, how are you?, good thanks, and you?”. I started to wonder if I’d had enough of travelling and wanted a “work” break – the line from Henry IV sprang to mind – “If all the year were playing holidays, to sport would be as tedious as to work”. And then the universe read my thoughts and offered me some software programming and web development in Hong Kong – I have to say I was sorely tempted (in fact, I still think about it). The reassurance that I can find interesting, challenging work was enough to put that part of my mind at ease. For the time being, at least :)

Julie – For me it has to be the Great Wall. We were so lucky with the weather to have a day of clear blue skies and the scale of it just took my breath away. It also reminds me of Mum and Dad’s visit – I’m so impressed that they managed to climb all of the steps up to the wall.

Andrew – The Great plains and expansive steppe of Mongolia’s nothingness is what I choose to remember the most from the last three months. It is so humbling and yet so inspirational an experience to see nothing but wilderness in every direction.

Julie – When we arrived at Pingyao station to take the train to Xi’an our tickets were checked and we were directed to the correct platform. On the platform a lady employee of the station was directing people to the correct area depending on which carriage they were in. Andrew, Dad, Mum and I were the only people getting into carriage 10 but she made us queue up in single file… As we waited for the train, Andrew decided that he would take a picture of the platform and stepped forwards to get the angle he wanted. Cue the platform lady shouting at him through her loudspeaker! He moved back into place and none of us dared move again until the train arrived.

Andrew – Our driver, guide and shepherd for our eastern Mongolia trip had a fondness for a certain expletive. As you’ll hear at the end of the video in the afore-linked post, Bacha says after we crossed a river that had we taken a 22km diversion further upstream, resulting in an extra 44km, that, in Bacha’s words, “that is bullshit” (I cut the video just before he was about to say it – we knew it was coming :o) 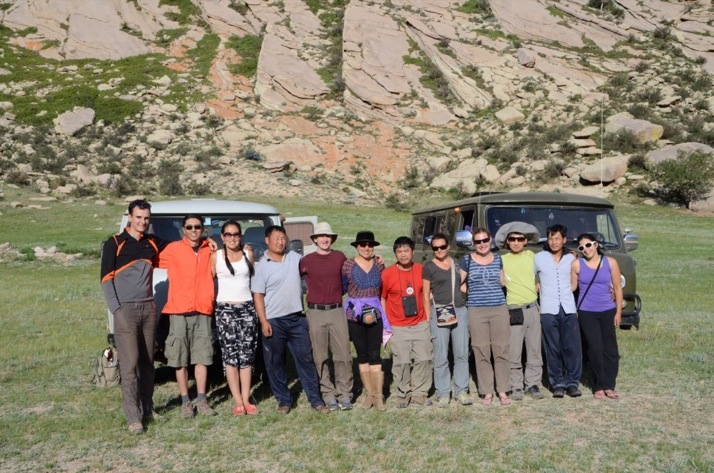 Curiously, we’d say again that time has been our greatest challenge. Julie’s parents landed slap bang in the middle of our Chinese visa which meant we weren’t in one place long enough to apply for an extension, so we made a Plan B and headed for Hong Kong. We’ve since decided that one-month visas are too short.
But it’s not just visa restrictions, our days seem short and after 6 months on the road we’re wondering where all the time goes! We’re usually up and out by 8:30 – 9:00am, but without 8 or so hours of a full time job to account for we still feel like we’re behind on our reading, research, blogging and photograph tagging.