From the Hostel Hospital in Sabile, we headed back through the capital Rīga, stopping in the wonderful markets for a bite to eat, before continuing east to Sigulda in the Gauja valley national park. Julie tucking into potato cakes and chicken casserole, while Andrew bought what looked like a beef burger but turned out to be made of liver!

After checking into our hostel, which I would describe more like the best bits of a Swiss chalet (under floor heating), a university halls of residence (5 separate rooms, 2 WC’s, 2 showers and a common lounge), and a ground-floor apartment than a hostel, we had a mediocre meal at the local recommended eatery, before heading to the hostel’s bar for a jar and some pool 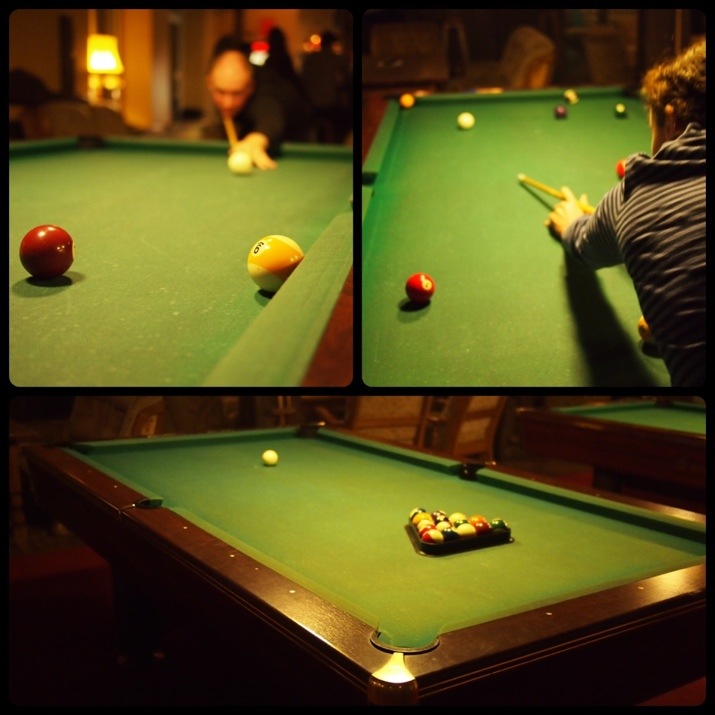 Our first day in Sigulda, we took the generous and friendly advice of the girl at the tourist information office, and took a taxi to Līgatne. Just outside the little town, in a levelled area of pine forest, there’s a health and recuperation centre.. 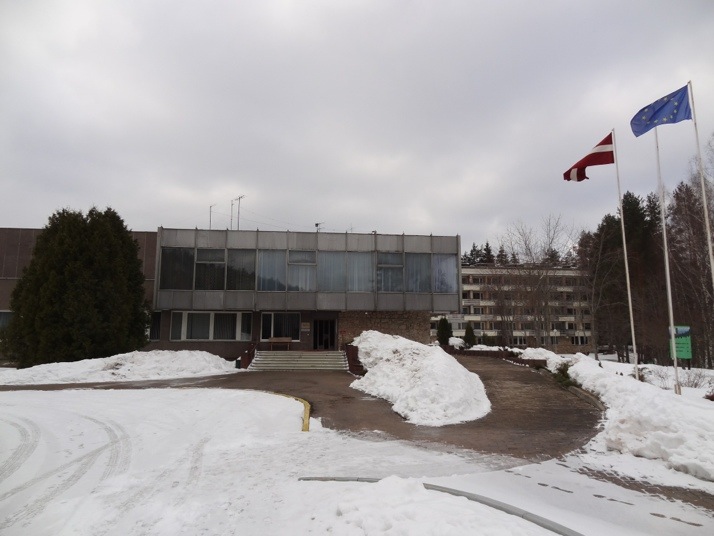 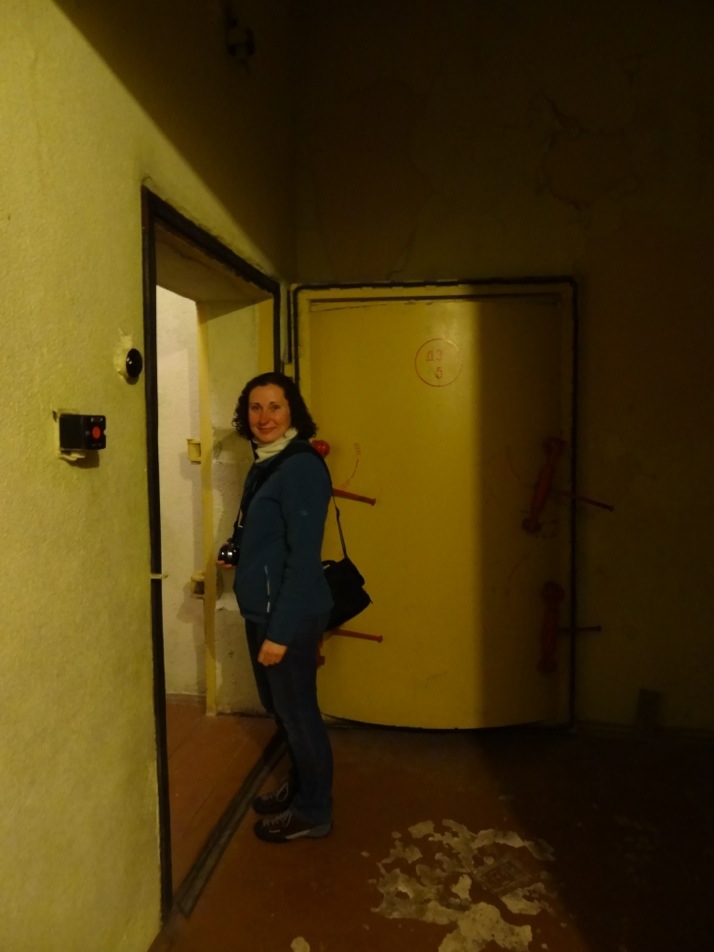 The 2,000sq meter bunker is completely self-contained. We opted for the English guide, and had both the guide – Mattis – and the bunker to ourselves!

Almost everything still works. There’s a comms room that looks similar to my days working in telephone exchanges at BT (though the kit is a bit older) A map room (one of 3 rooms you’re not allowed to take photos in – as it has the locations of every Soviet bunker in Latvia in it), is fascinating as it details fallout radius, death-tolls, and the people, food, and machinery movements needed in the event of nuclear attack.

Next was the recording studio, meeting rooms and offices, and then a room that was operated and sealed by the KGB until the early 1990’s.. once a week their lead-lined phone with lines that couldn’t be tapped would ring direct from KGB headquarters in Moscow.. 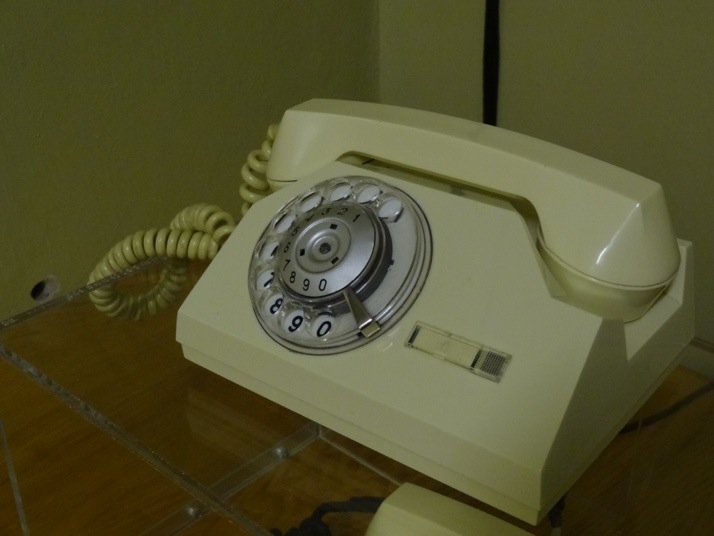 After the KGB room, Mattis demonstrated the air circulation equipment – the bunker draws air from outside through blast-vents that close automatically when hit by a shock-wave. The bunker has scrubbers to remove smoke and particulates, circulating the air within, and finally, there are racks of tanks that look like torpedoes full of oxygen that can be included in the airflow, extending the time the officials can survive underground once the vents are closed.

But what powers these loud air turbines? Mattis took us down a long, curved corridor to the engine room.. 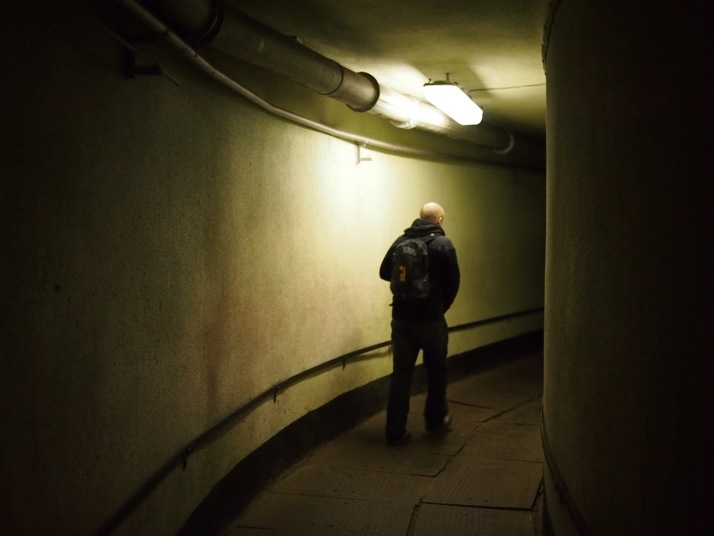 Inside, (again, no pictures were allowed), we were confronted by a pair of V12, 581bhp Soviet T-54 Tank Engines, sat on concrete beds in the middle of the engine room floor. Mattis took great delight in starting one of them up, and revving it a little bit ;o)

Damn, those engines are LOUD!

Each one is capable of powering the bunker alone, and they’re still used to power the neighbouring buildings during bad weather – 60% of the immediate region’s power can be controlled by the bunker.

The penultimate stop in the tour was the canteen – where entry includes a typical 1980’s Soviet-era lunch of meat-filled dumplings and sour-cream, washed down with a glass of squash.. 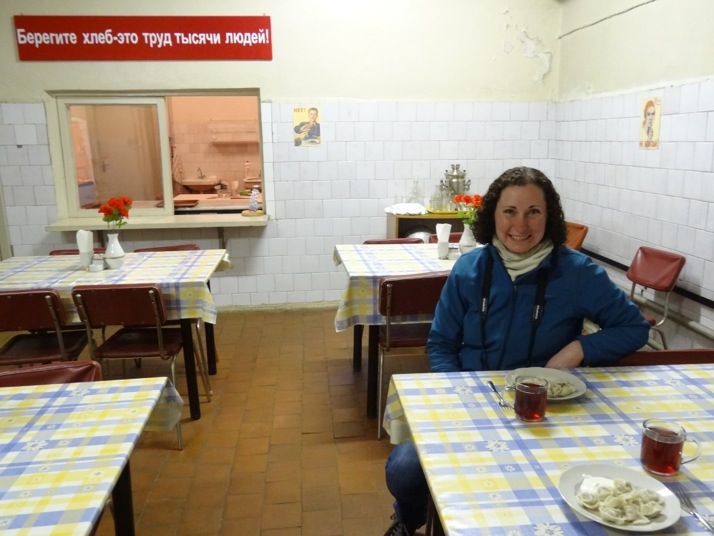 And finally we saw the most important room, the office of the most senior official in the bunker. He had 3 direct lines: 1 each to the other 2 most-senior officers offices, and a red one direct to Moscow. Our guide handed me a large but comfortable period leather jacket for a very serious phone call.. 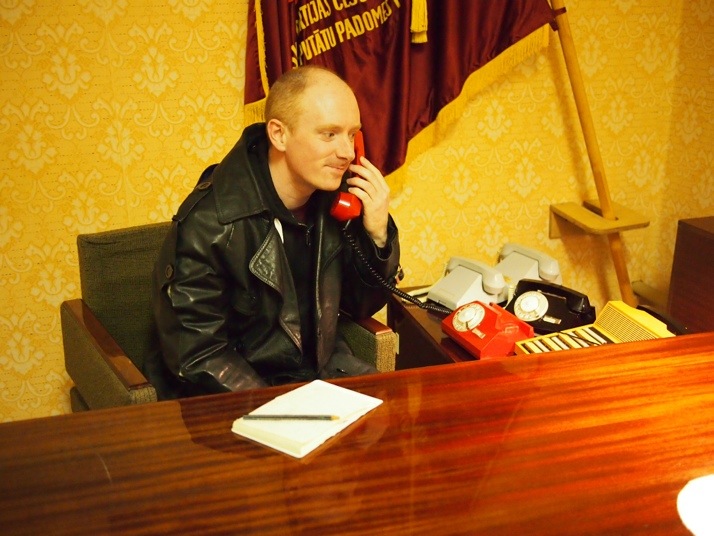 The next day we decided to visit the castles of Sigulda and Turaida.

The weather, it seems, had other plans, as it was snowing pretty heavily before we set off, and got worse as we explored the excellent Sigulda castle remains 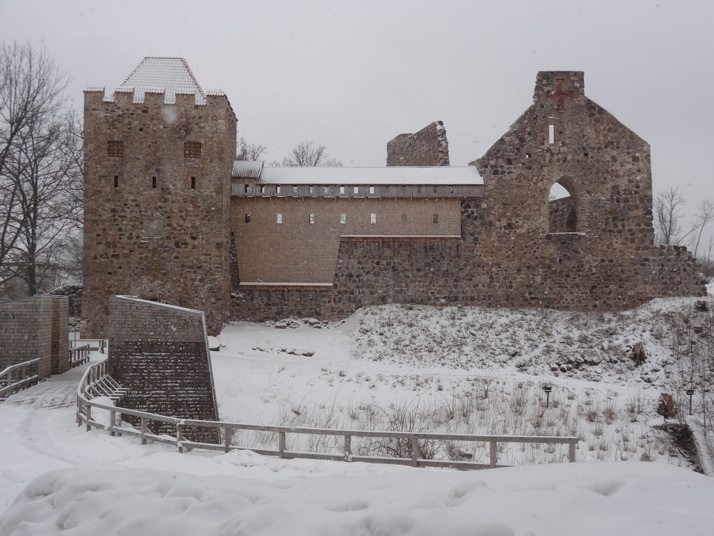 I couldn’t resist the invitation to try on some of the armour in the keep: 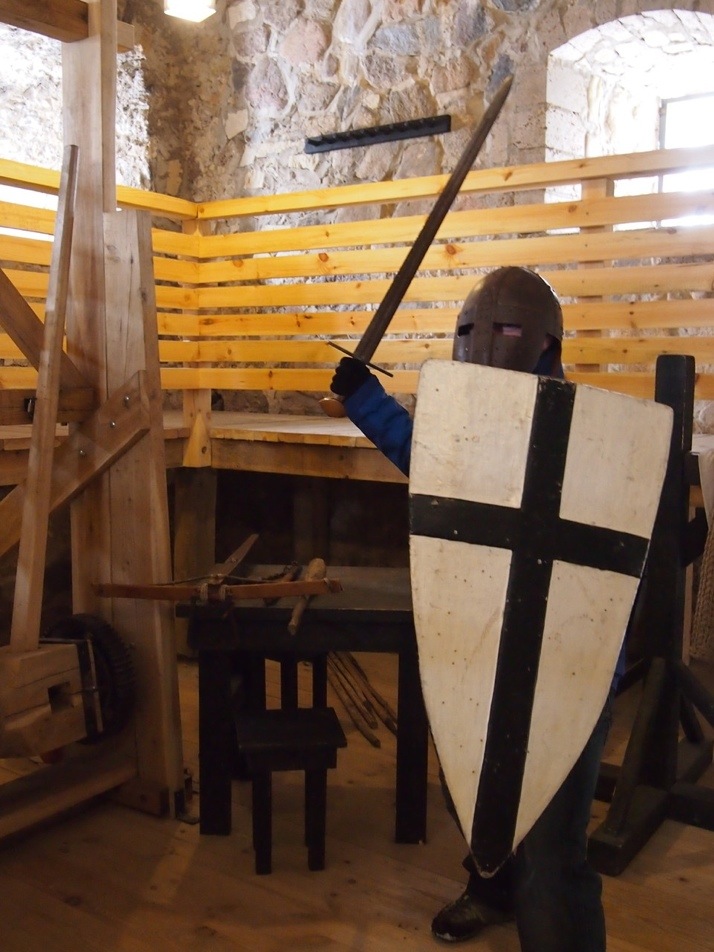 To get to Turaida castle, there’s a handy cable car that crosses the Guaja valley. At this point we decided to turn back – even if the cable car had been running, the visibility up the valley was poor, and we were getting cold. Time to retreat for coffee and cake in the wonderful Mr. Biskvits cafe. On the 2nd of April, we both made it to Cēsis, just not at the same time.

Wednesday the 3rd, we decided not to try Cēsis again, and instead resumed our castles tour, starting at the cable car. If you’re so inclined, you can bungee-jump from it. Crossing the Guaja Valley in the Cablecar 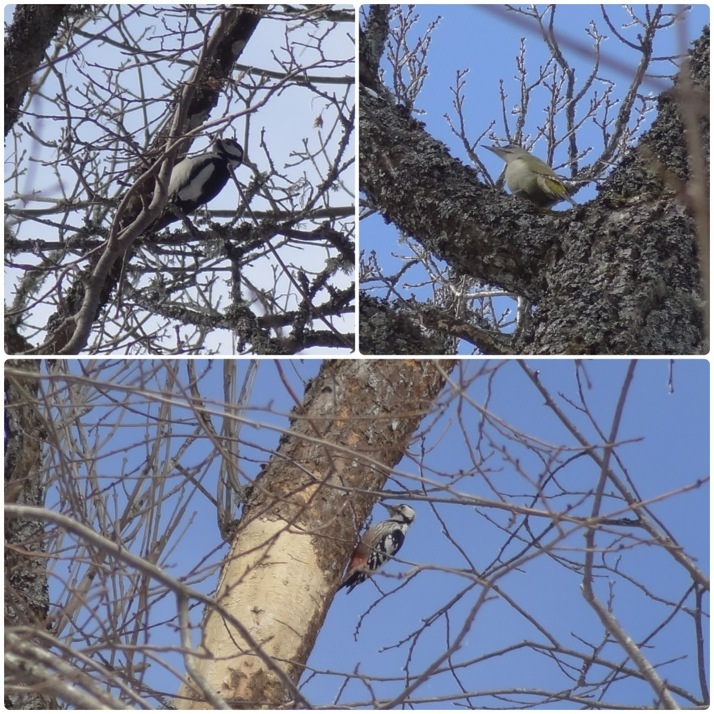 LOTS of wildlife – we counted 6 different woodpeckers, and one of them pooped on me! View east up the valley, with Turaida castle on the left

After a lovely, leisurely walk up the valley (which was a little hairy at times on the snow-covered steps), we made it to Turaida castle, which has been in and out of use since 1214. Turaida Castle, viewed from what would have been the far end of the drawbridge

The far tower has been restored, and you can climb the narrow stone staircases all the way to the top for stunning views: 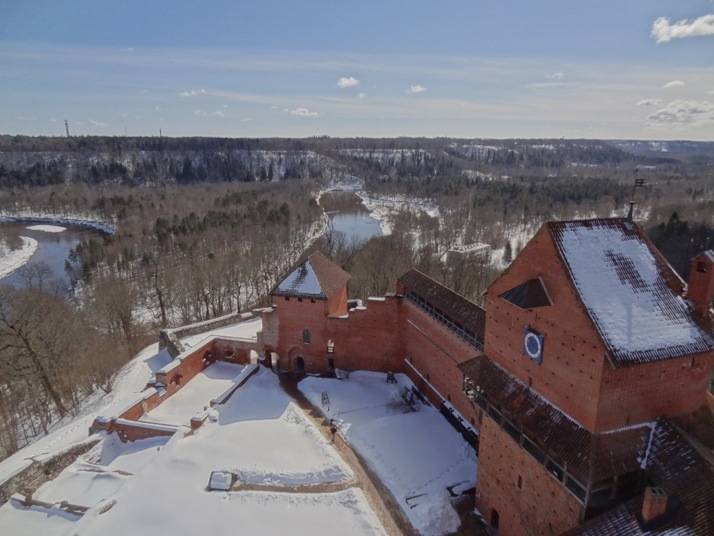 Between the exhibits detailing the castle’s many uses throughout history, there was the opportunity for a spot of archery. We joined the queue behind two of the few other tourists in Sigulda, to find out they were from Peterborough! I’m currently reading the 3rd book of the Conqueror series, and to think the Mongol warriors under Ghengis could hit gaps in moving armour from a pony at full-gallop, steering it with their knees. Wow. I was pleased that every arrow hit the board at 15 paces.

We caught the bus back to Sigulda with our fellow archers, then headed back to Mr. Biskvits to see if their dinner was as good as their cake.. yes it was :o) One thought on “Sigulda, Turaida and Cēsis, Latvia”