So we’re finally in Russia. We arrived in St. Petersburg on Monday by high speed train from Helsinki (top speed about 210 km/hr, or 130 miles/hr). It took just 3.5 hours including a relatively brief stop at the border for the passport control people to check that everyone’s documents were in order. I’ve decided that I might join the Russian border control agency after our trip as I would quite like a job where part of the uniform is a fur hat :) 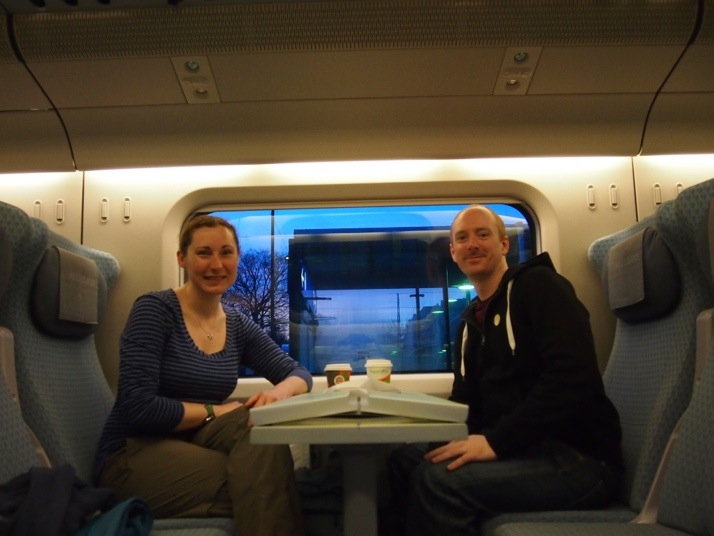 Us on the train before departure from Helsinki station

We’re loving St. Petersburg so far. It’s a bit like a cross between London (big, noisy, lots of traffic, heaps of museums) and Venice (shabby grandeur, canals, extremely stylish wealthy locals). I think it helps that the weather has become spring like as well and we’ve had some sunshine every day! 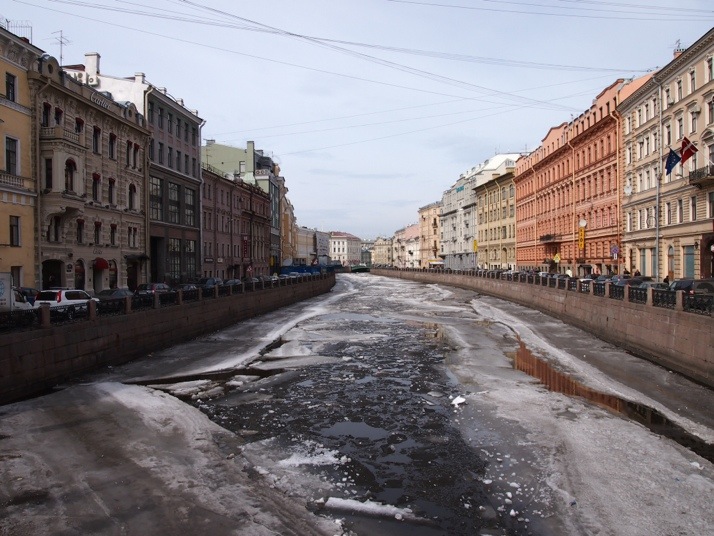 Yesterday we visited the Hermitage, but more of that later as we intend to have a second day there – it’s absolutely vast, I think you could spend a full week there and not see everything! Today we went to the Church of Our Saviour on Spilled Blood which is just a 5 minute walk from our excellently situated and very friendly hostel. Because it’s so close we’ve walked past it every day and each time I’ve taken a photo as I just can’t get over how amazingly ornate and colourful it is. 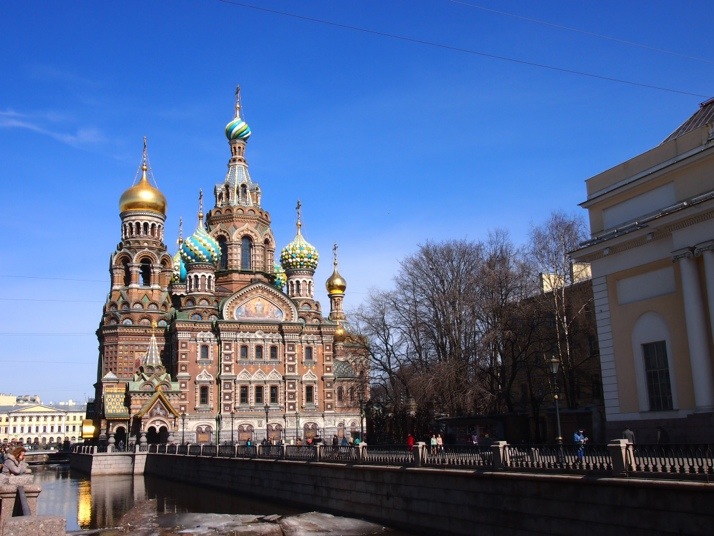 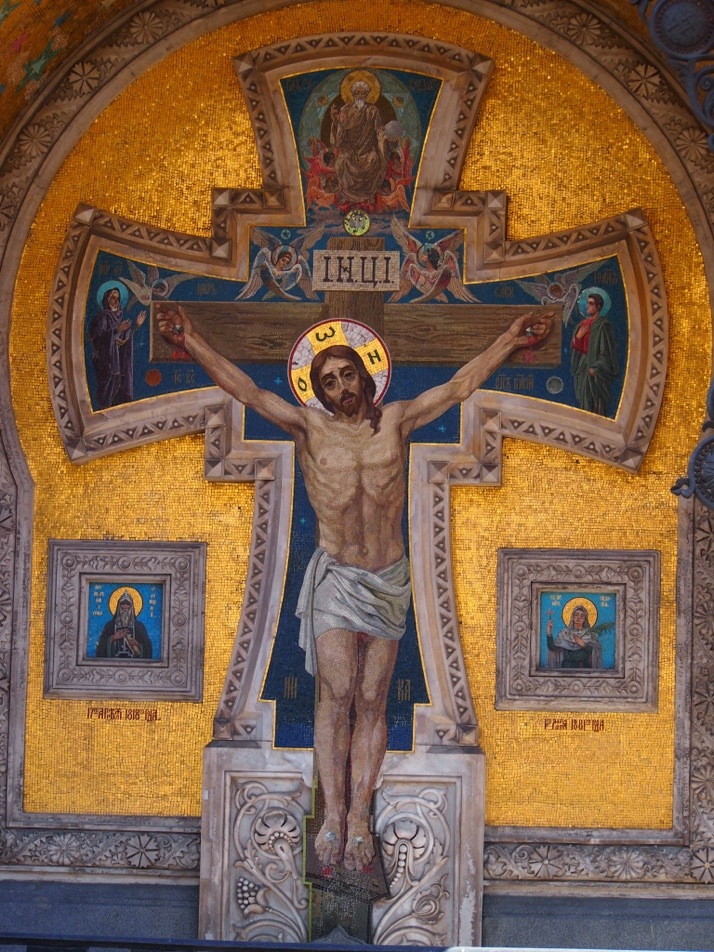 Christ mosaic under the porch next to the canal

And yet the outside was just a taster for the inside. Mosaics cover the whole of the interior and the amount of gold in them seems to make the church glow. 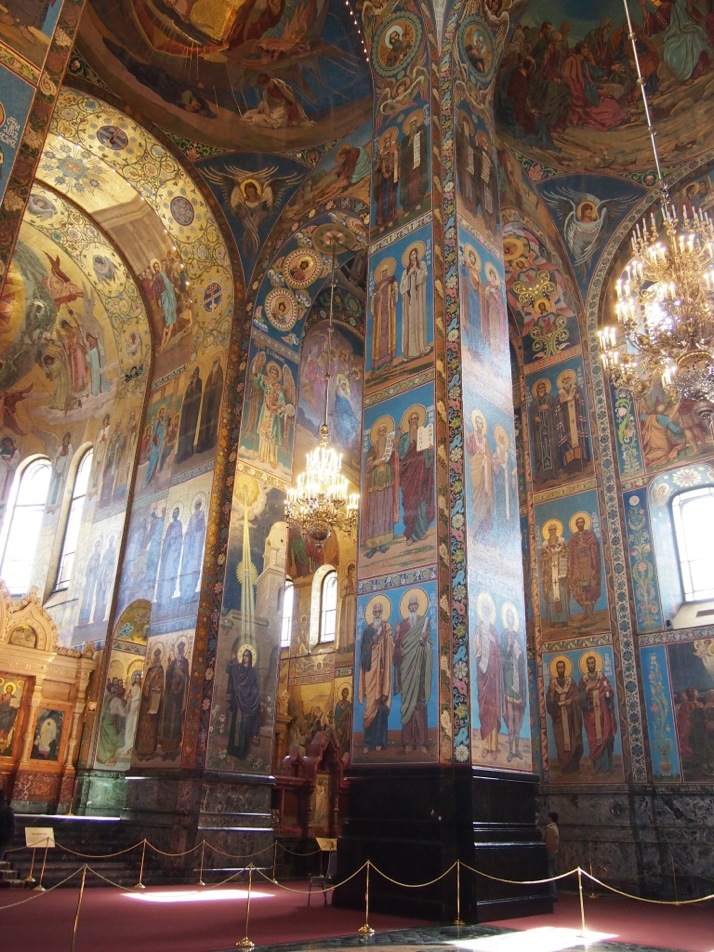 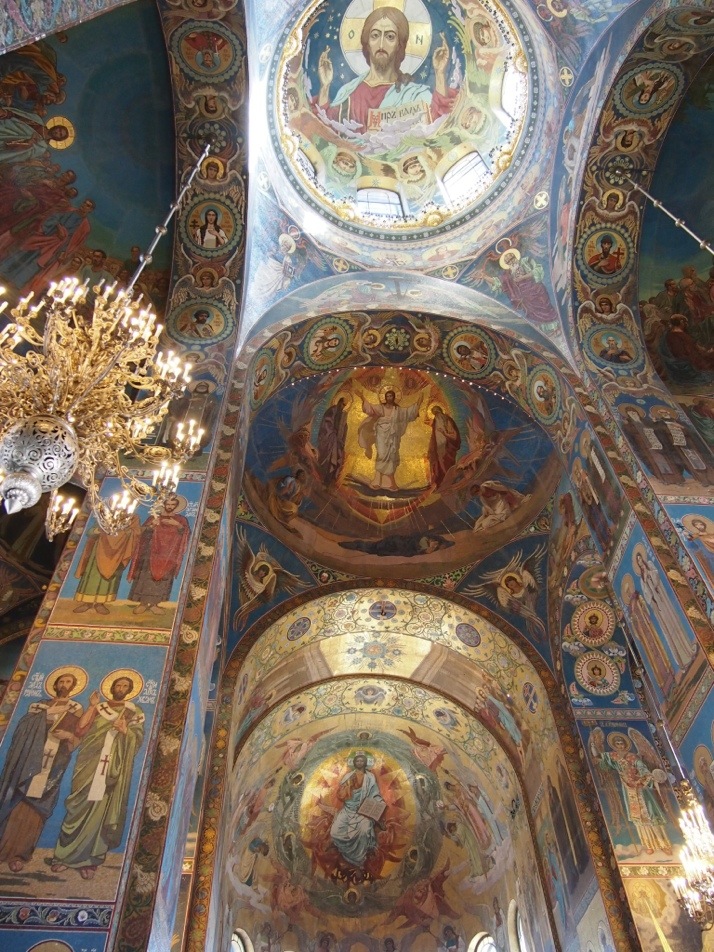 We spent a lot of our visit just gazing upwards. 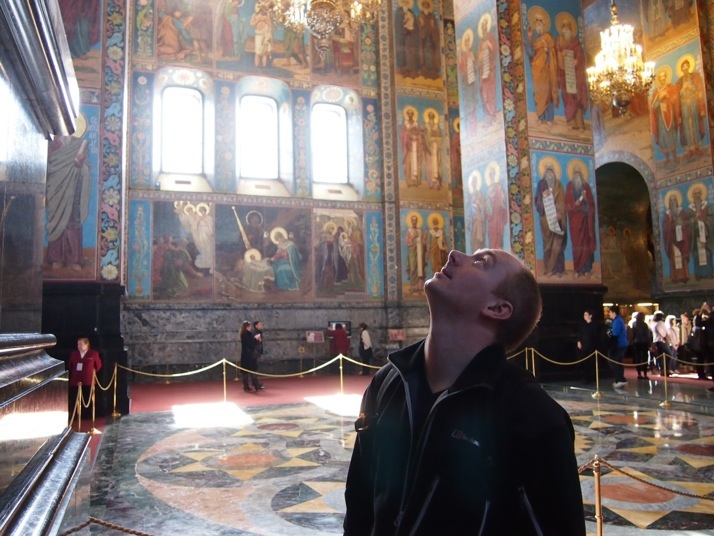 The church was built on the site where Emperor Alexander II was mortally wounded by revolutionaries in March 1881, and this is where the ‘Spilled Blood’ part of the name comes from. Inside there is a canopy carved from polished stone over the spot. 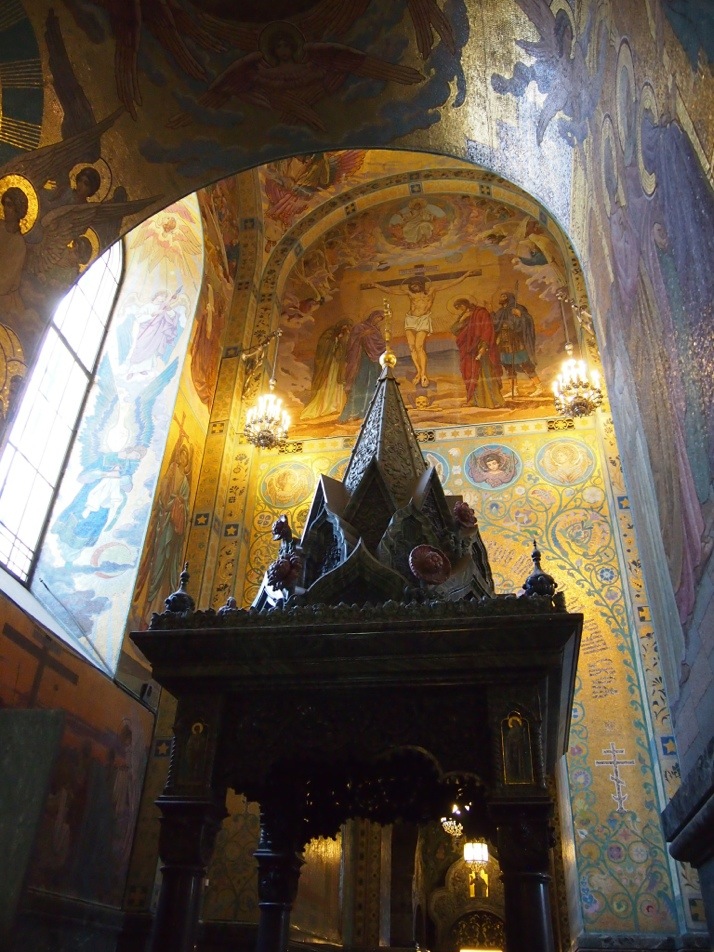 Some of the mosaics are breathtaking, especially the ones in the roof. 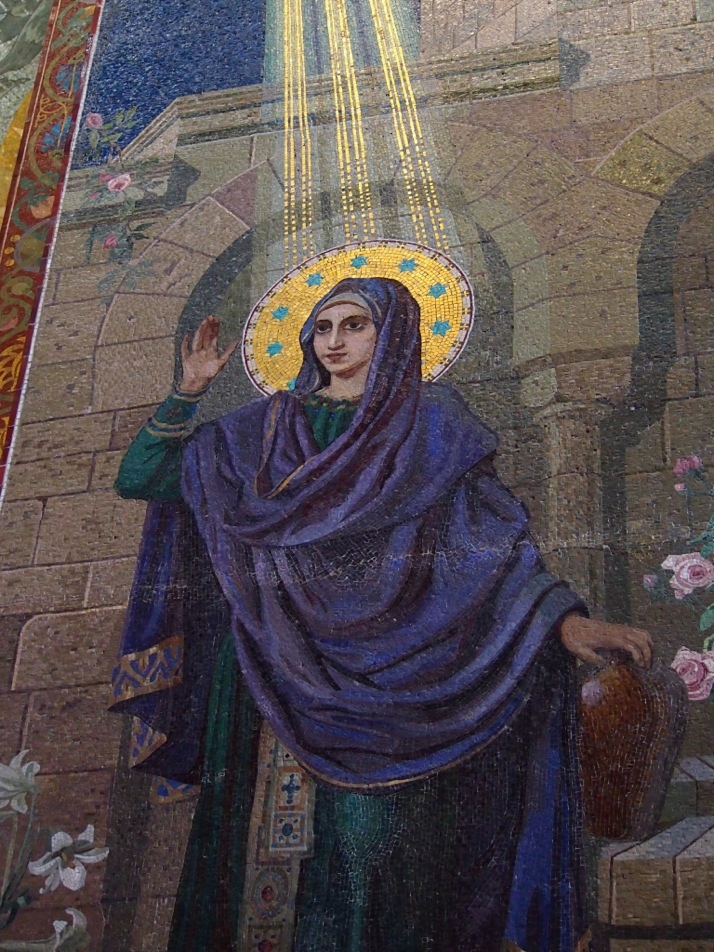 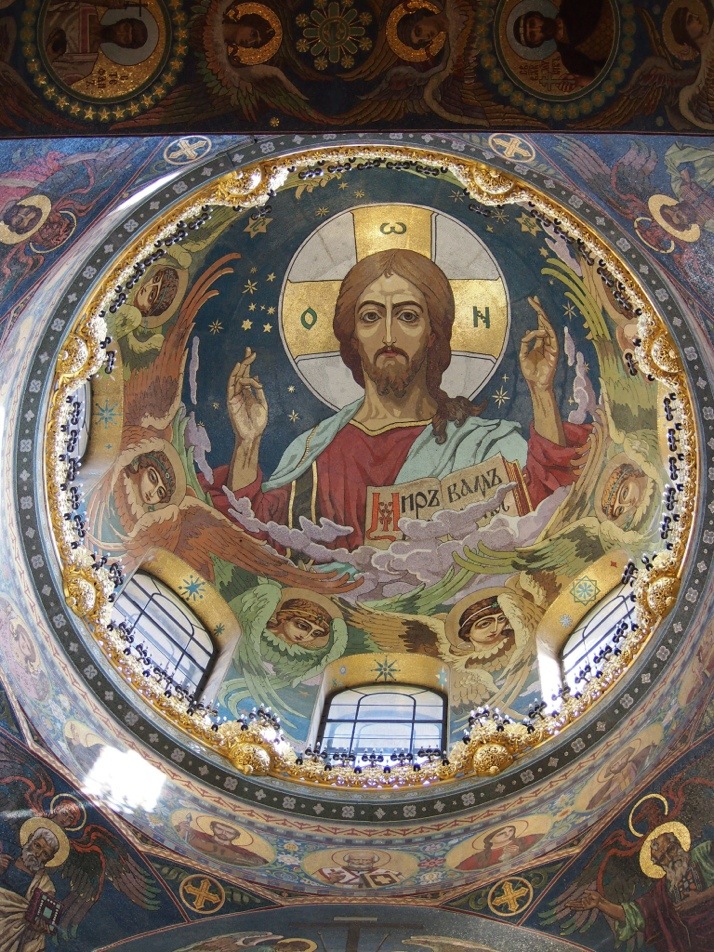 The altar screen is covered in gold and gemstones. 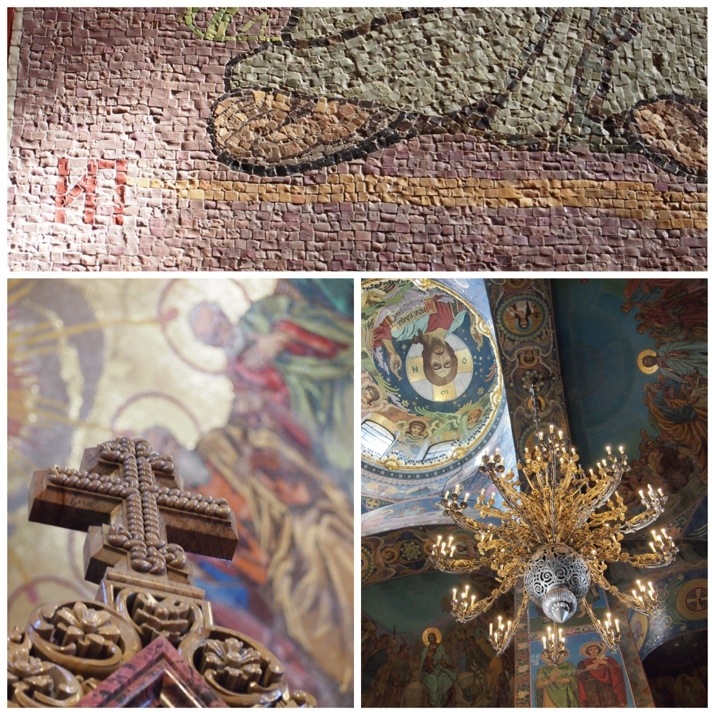 4 thoughts on “The Church of Our Saviour on Spilled Blood, St. Petersburg”