We’d heard of St Kilda before we started researching the Hebrides. The remote archipelago seems to have an almost mythical status as an isolated community which lived apart from the world for hundreds of years before the final residents departed for the mainland in 1930. St Kilda is 40 miles west of the Outer Hebrides. As we left Leverburgh at 8am, there was no wind at all but it was still a chilly and bumpy 3 hour ride in the motor cruiser to get there for our group of 12 plus 2 crew. We were on constant lookout for dolphins and whales but had seen nothing more exciting than a passing container boat and a few seabirds until we were almost in the bay where we got a tantalising glimpse of a Minke Whale’s fin.

A quick transfer by dinghy landed us on the main island, Hirta, where we were greeted by Sue, the warden for the National Trust for Scotland who own the islands. She and her two scientist colleagues live there during the summer alongside a year-round defence contractor’s crew who run the comms station up on the hill. She gave us a brief overview of the place and its history before setting us free to roam for 4 hours. 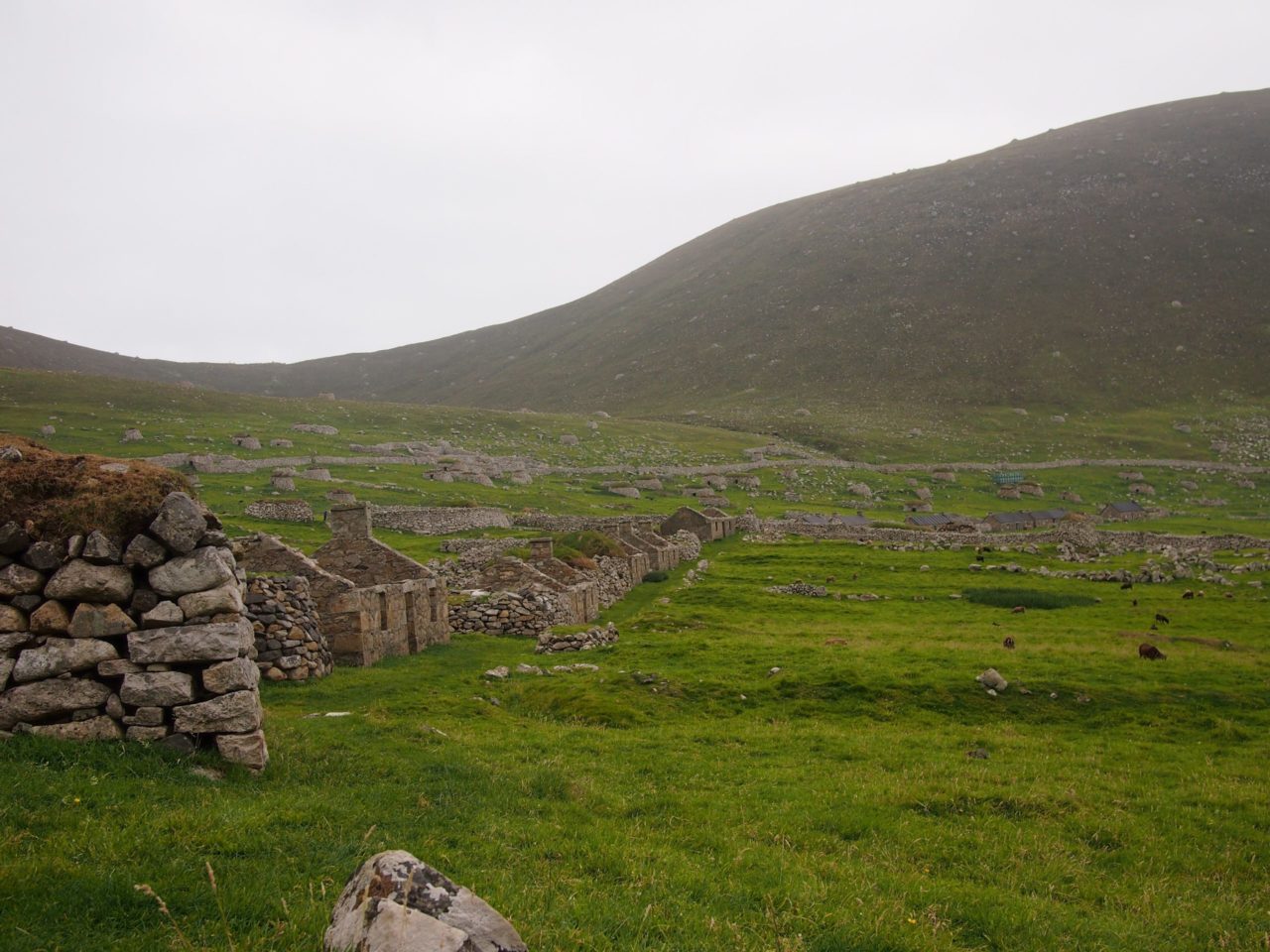 St Kilda is the only place in the UK to hold dual UNESCO World Heritage status for both its cultural and natural characteristics. The islands are so remote that unique sub-species of both wren and field mouse have evolved there, Andrew thinks he spotted a mouse but we didn’t make a confirmed sighting of either! 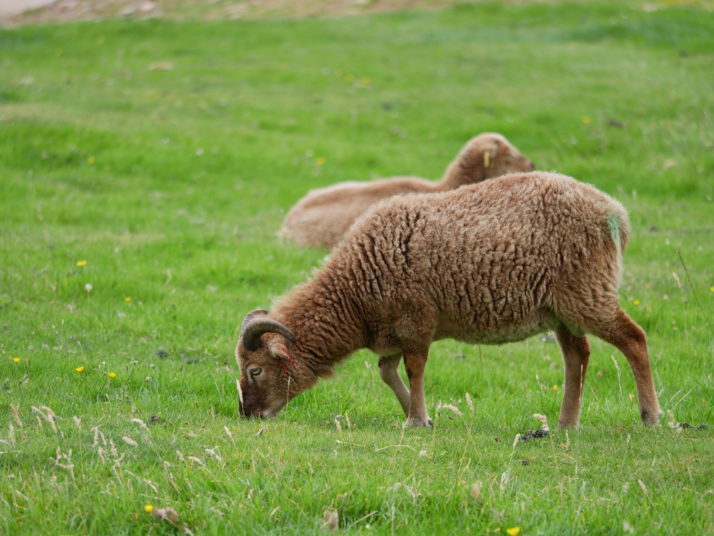 A flock of primitive sheep survived after the evacuation of the human population and now they run wild on Hirta. They are not managed at all but scientists do round them up once a year to take measurements as they are a totally unique breed not found anywhere else

Exploring the ruined cottages on Main Street and reading the information in the small museum started to give us a sense for how hard the lives of the people who’d lived there must have been. They had small crofts and kept sheep and cows but much of their food and their rental payments came from the huge seabird colonies which populate the islands’ cliffs during the summer. Eggs and meat for themselves, feathers and oil for the rent payments. 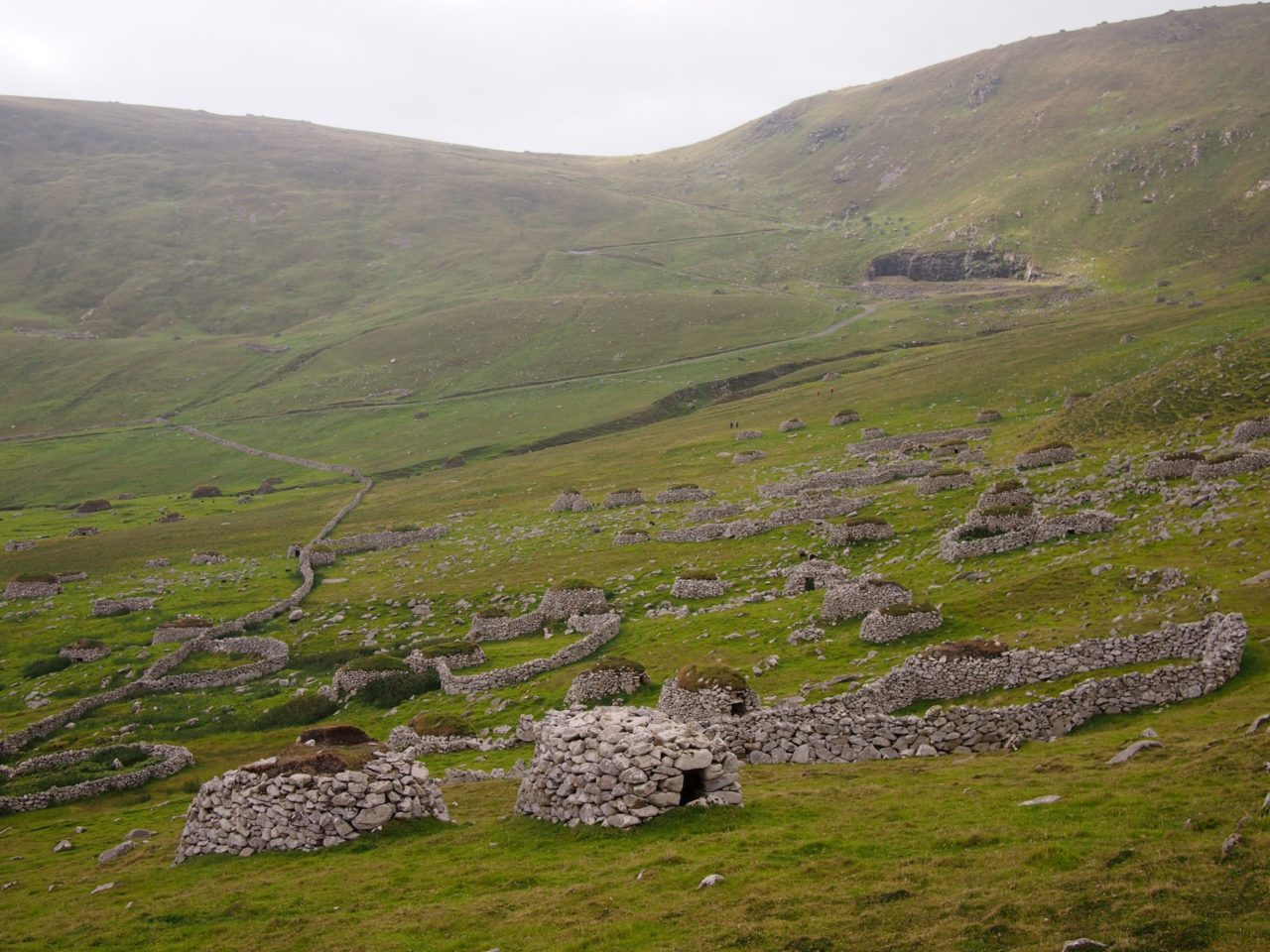 The hillsides of Hirta are covered in these small stone structures roofed with turf called cleits. The Kildans used them for storage of food and peat for the winter months

There’s a good climb up and over the main hill on Hirta and back around the other side but it would have taken almost all of our time there and we wanted to have a full exploration of the village so we contented ourselves with a hike up to the Gap, the pass between the 2 hills from where we could look down the steep cliffs on the far side and see towards the sea stacks and uninhabited islands while the fulmars circled overhead. 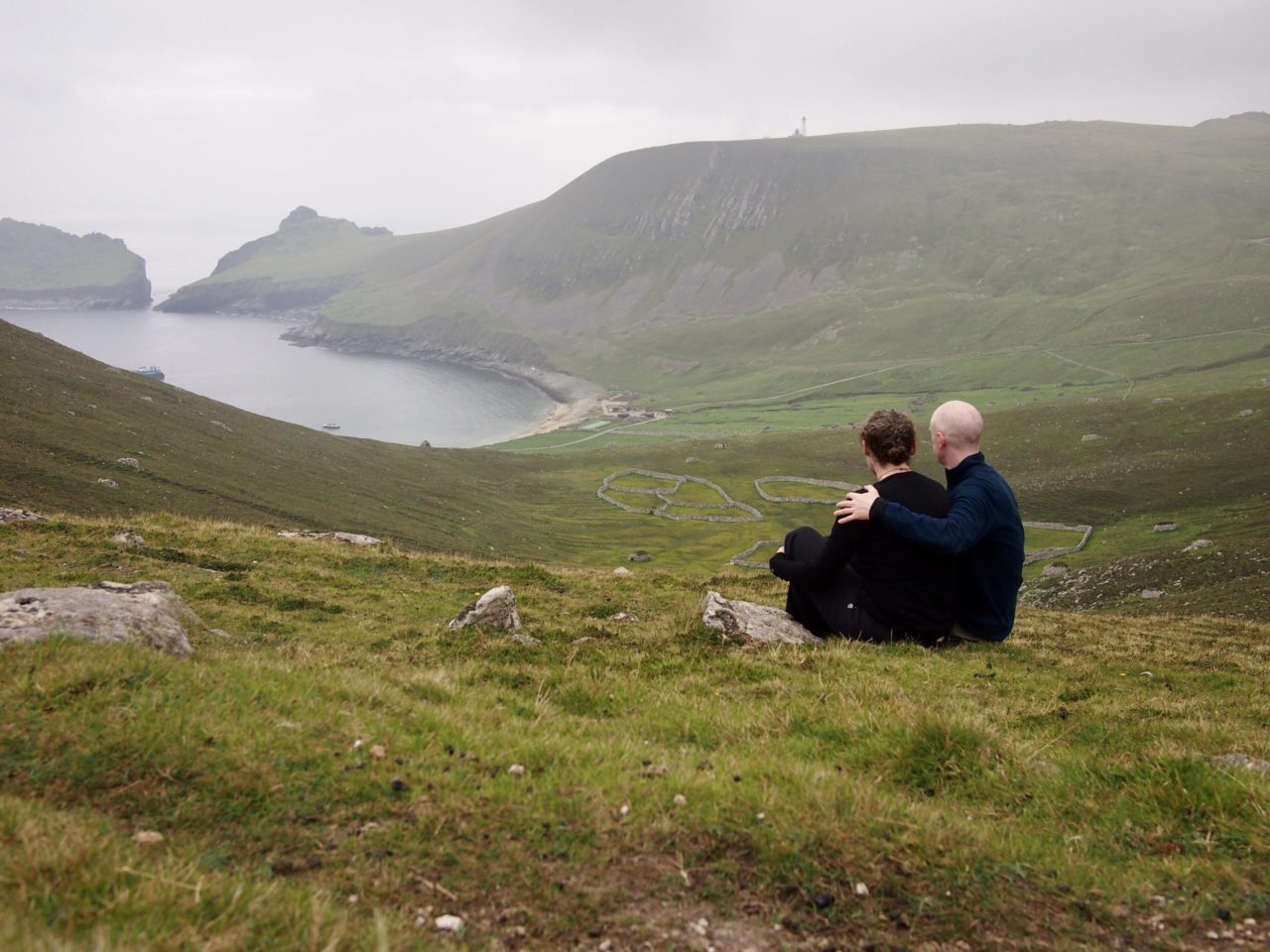 View from the Gap back down towards village bay

Once we were back on board the boat and fortified with a cuppa and cake, we set off for a tour around Boreray and the sea stacks which we’d seen from the Gap. We’d both expected this part of the trip to be a bit of an add-on, especially as early September is not the best time for seabird viewing as all of the puffins and many of the other birds have already fledged and gone back out to sea. However, there were still quite a lot of gannets in residence, and as we got closer Darren, our guide, pointed out the paths the Kildans had carved into the cliff face so that they could climb up and harvest the young birds. The thought of even climbing up the narrow ledges was enough to make us feel a bit queasy, never mind trying to do it while carrying a sack of dead birds and being dive-bombed by others, oh and with no safety harnesses either… 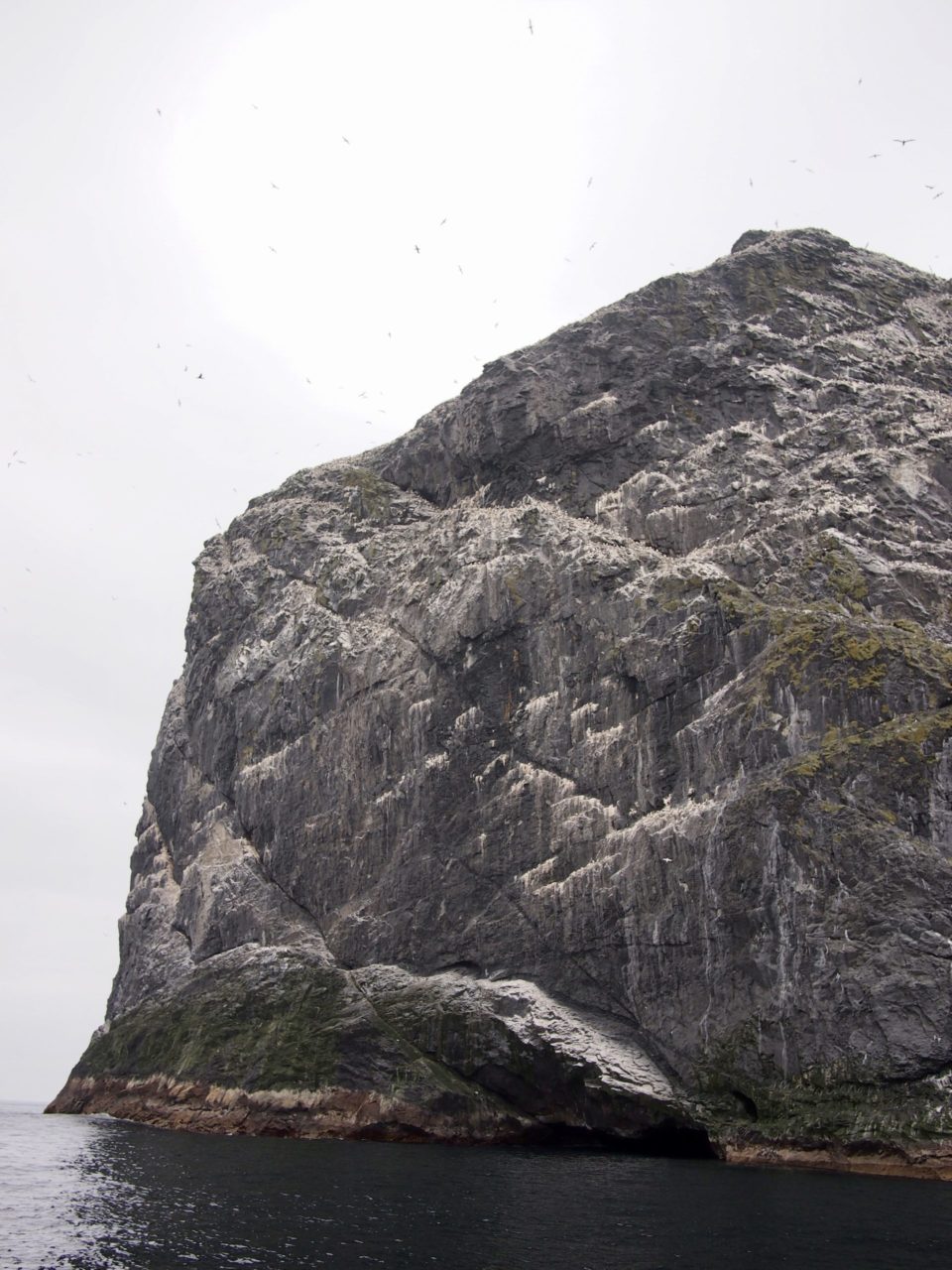 The sea stacks and islands’ cliffs are home to the most important seabird station in NW Europe, including large colonies of gannets, fulmars and puffins. The diagonal lines up the side of the stack are the Kildans ledge trails

A fantastic day which gave us a renewed sense of awe for the natural world and humans’ ability to survive in even the harshest conditions.