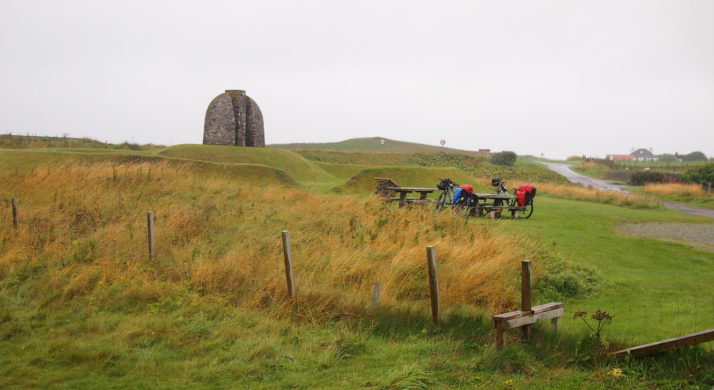 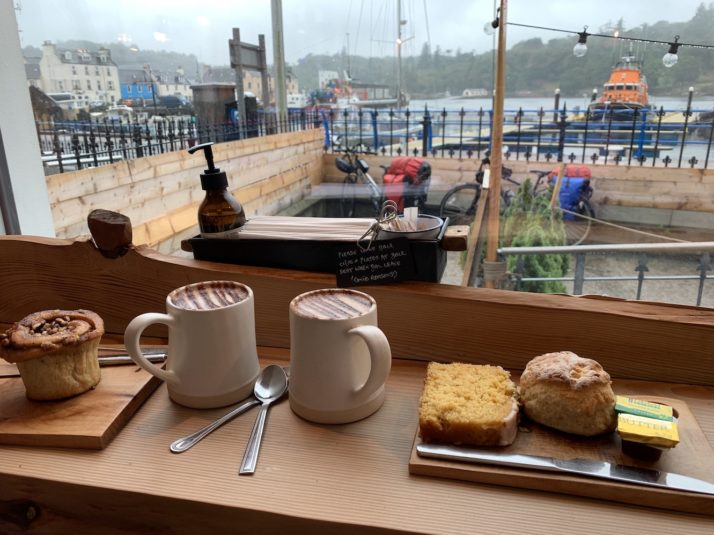 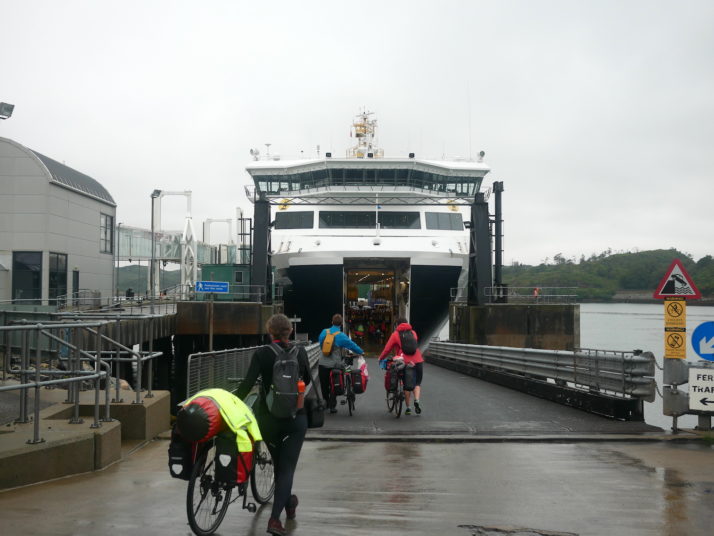 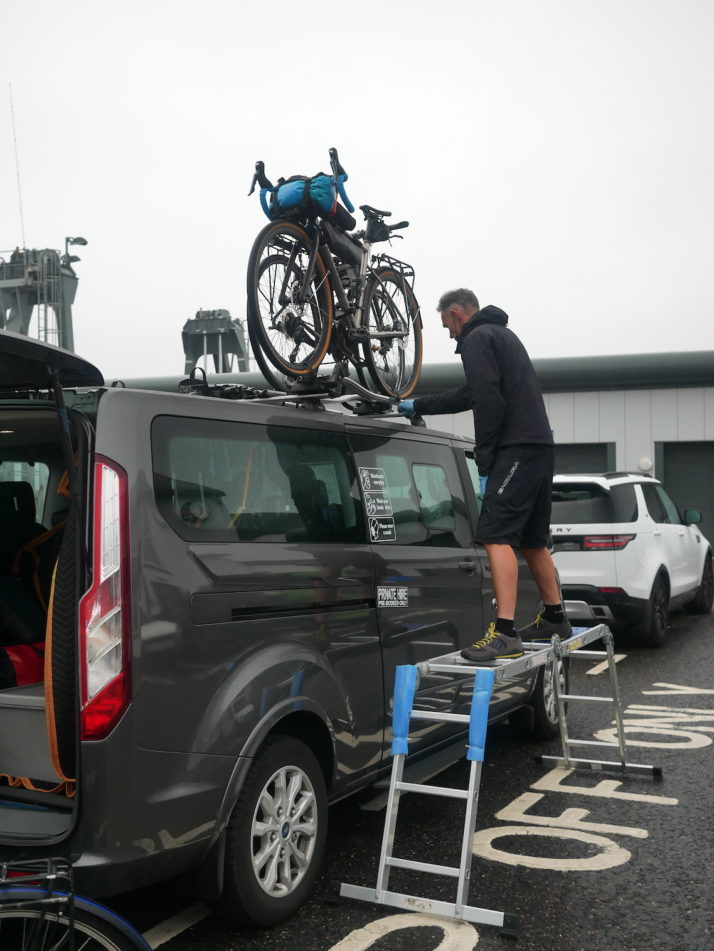 Stornoway is the capital of Lewis and by far the largest town in the Outer Hebrides but by mainland standards it’s small with a population of just 5,000. Nevertheless, full size supermarkets, other shops and a choice of cafes, restaurants and pubs made it feel like a bustling metropolis to us after the last two weeks!

The weather was windy and drizzly when we woke with more rain forecast for later so we decided to go for a wander with the aim of ducking into the museum and/or a cafe if it got too bad. First stop was the war memorial at the top of the hill. It’s an impressive structure, built by subscription after WWI and added to after WWII, with views over the town and beyond. 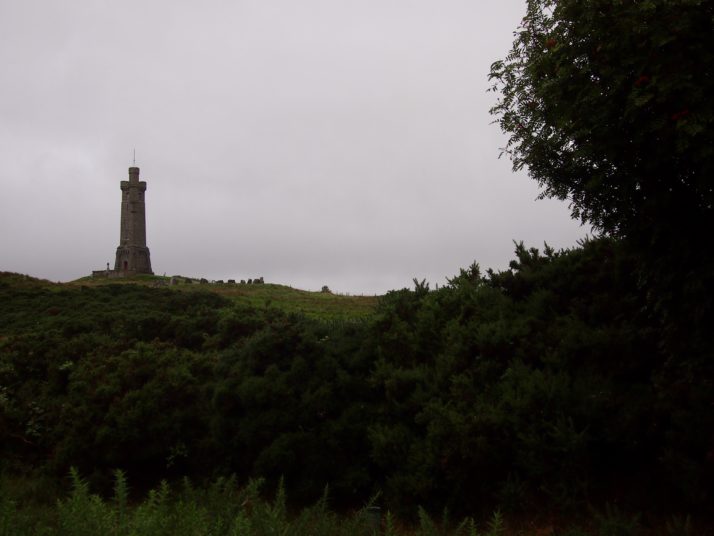 From there we headed down the hill and into the castle grounds. Lews Castle is a 19th century stately home which now houses an expensive hotel as well as a museum and archive. The extensive grounds function as a huge public park and were basically deserted on a wet Thursday morning in September. We wandered some of the mountain bike trails through the dripping trees and could have been miles from anywhere. Eventually the path brought us down to the seafront which we followed to the Woodlands Cafe. By now it was starting to rain quite heavily so we sheltered under the eaves of the cafe until a table was available and after our meal made a dash to the museum which is located in an extension behind the castle. 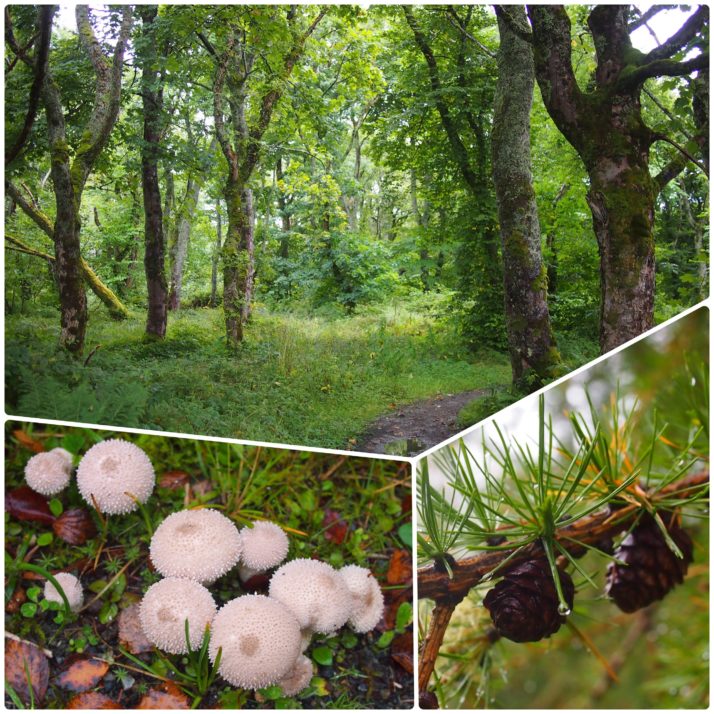 Museum Nan Eilean (Museum of the Islands) as its name suggests tells the story of life on the islands. Over 50% of islanders speak gaelic as their first language and the museum recognises this with bilingual exhibits. It begins with videos of islanders speaking about their lives and continues with exhibits of different aspects from nature to religion to fishing and the arts. It’s compact but very well done and we thoroughly enjoyed learning more about some of the things we’d seen during our holiday. Clockwise from top: Lews Castle; a wedding dress made from very fine Harris Tweed; exhibit of music and religion in Museum Nan Eilean; we were excited to see some examples of the actual Uig chessmen 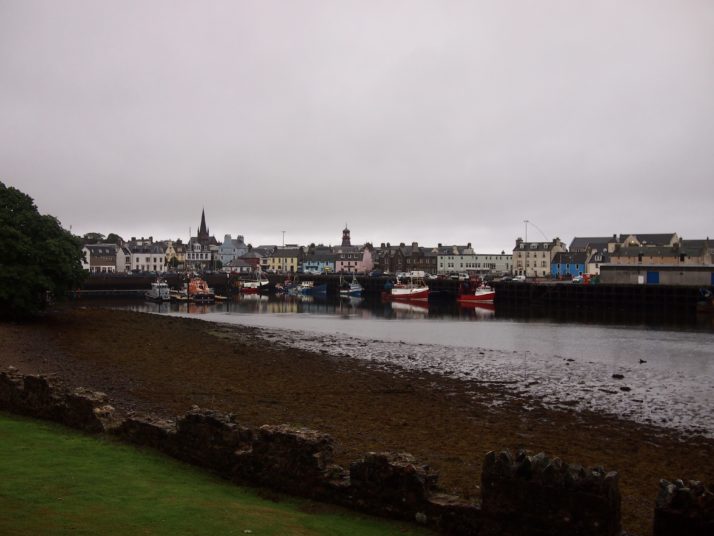 Stornoway and part of the harbour from the castle grounds

From the castle we walked down into the town. Our final stop was a beautiful and moving piece of art in Stornoway harbour commemorating the Iolaire disaster. HMY Iolaire was a Royal Navy yacht returning men to the islands after WWI. Tragically it foundered on rocks within sight of the shore and families waiting to welcome home their loved ones instead watched as 201 of the 280 on board drowned. The memorial consists of 280 wooden posts in the sand making the exact shape of the yacht, with 79 painted white to signify the survivors. It disappears and reappears with the tide, and is lit at night which unfortunately we didn’t see. 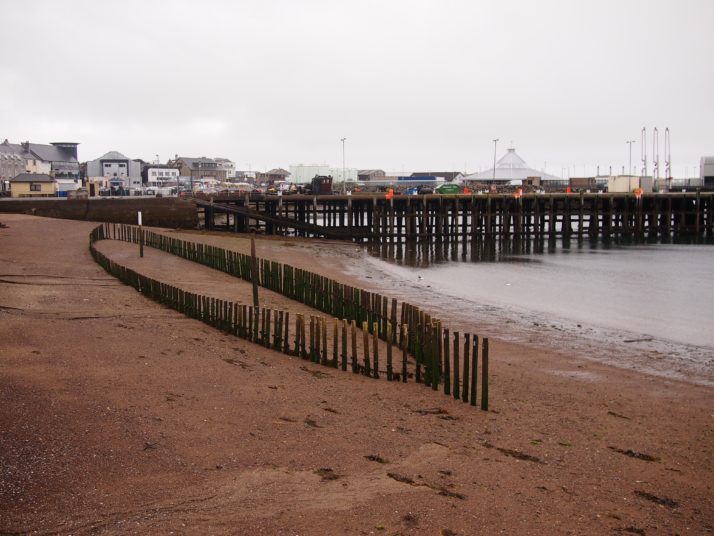 We knew that the ride to Stornoway wasn’t too long and as the weather didn’t look too bad we decided to pop into some of the nearby attractions that we’d skipped due to lack of time on the previous 2 days. First up was the Norse mill & kiln just outside Shawbost. It’s a short walk over a hill from the roadside car park, but by this point in the trip we were fairly blasé about leaving our bikes and all our stuff and didn’t even lock the back wheels. Crime on the islands is low and several locals told us that they never lock their front doors and that keys are left in the ignition of parked cars! The mill and kiln are a reconstructed site and we spent a while figuring out how the mill worked before we found the information leaflet explaining it inside. 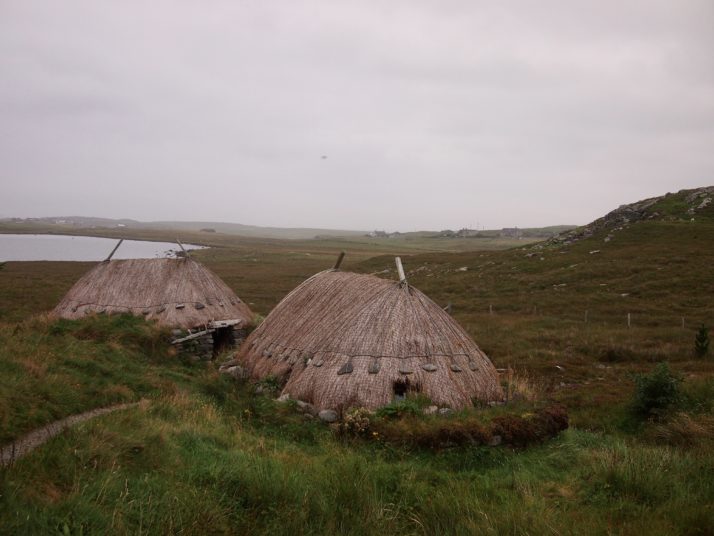 Just a few miles down the road is the Arnol blackhouse, another reconstructed site but this time a proper museum. Sadly not open on the day we visited so we read the information board outside and wandered through the unreconstructed blackhouse ruins opposite. Blackhouses were the traditional form of dwelling for hundreds of years in the Hebrides and humans and animals shared the space. They didn’t have chimneys, this made the home easier to keep warm, the smoke killed bugs and the smoky thatch was a good fertiliser for the fields. Having enjoyed both of those sites more than we’d expected we decided to carry on past the turning for Stornoway to investigate a sign that we’d seen to another stone circle during our return from the Butt of Lewis. The weather was starting to come in and by the time we reached the Steinacleit circle parking area visibility was poor, it was raining lightly, midges were about and we were feeling a bit sorry for ourselves. 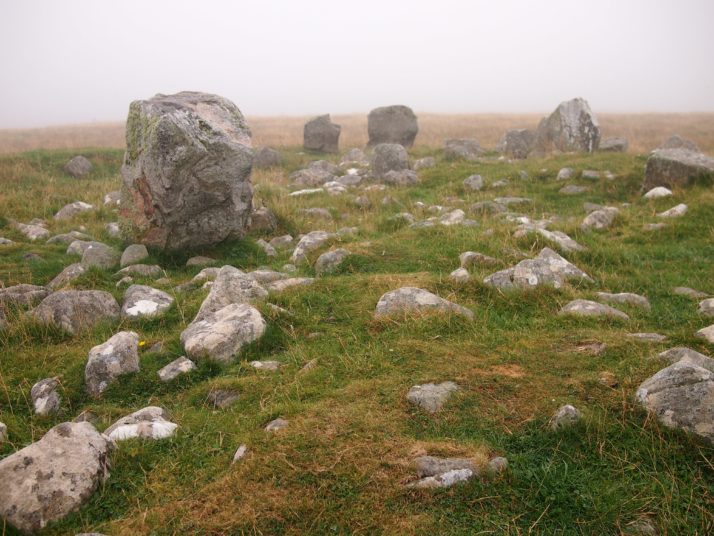 The “circle” itself was disappointing after what we’d seen around Callanish, no excavations have been done and the best theory for the stones is that they are the remains of a prehistoric farm

The weather improved as we rode over the moor to Stornoway, and it was totally still so that the small lochs we passed looked like mirrors in the heather. It was beautiful but there’s not much photographic evidence of this part of the ride as the midges descended within seconds of pulling over, this also meant that we didn’t want to stop for lunch so we were starving hungry by the time we arrived at the campsite at the edge of town. Again the weather forecast for the following day looked poor and so we upgraded from the camping field to a couple of beds in the bunkhouse. Because of covid, rooms were reserved for household bubbles so we had a 4-bed room to ourselves as well as access to a shared kitchen and lounge – relative luxury for our last couple of nights in the Hebrides! 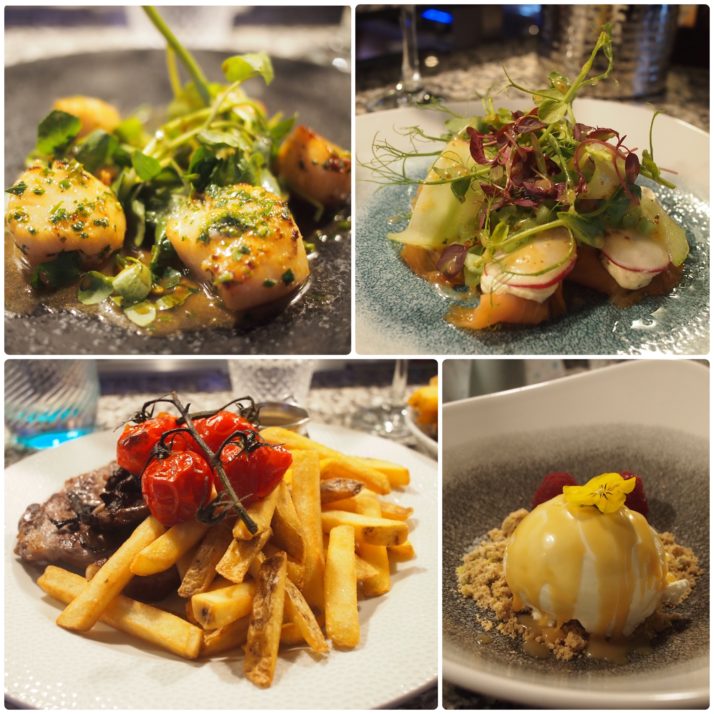 We finished the day with a delicious dinner at Harbour Kitchen